change a hawk to a little white dove.. 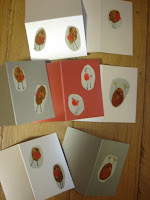 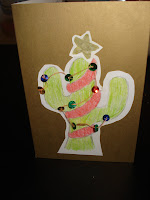 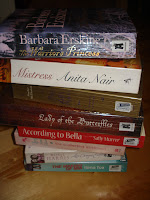 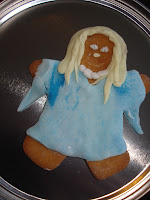 so. having had my immense amount of time off (by my standards anyway) how did i fill it.. other than sewing, and shopping (both of which will feature in later posts)..i made my xmas cards - these were done in the first weekend of december, as i had quite a few to post out, and was conscious that i was running out of time to get things there before xmas, especially given the snow-related hold-ups! the christmas cactus is my favourite one, i drew the cactus and coloured it with pencil crayons, then sewed on a string of sequins on a thread to be the fairy lights..i think it looked rather good, as it actually turned out the way i had anticipated - which is quite unusual for me! the robin and reindeer were made from finger painting using poster paints, which i then drew the legs, faces etc onto, and cut out and stuck onto blank cards..i've always liked to make my own cards, not only do i think that greeting cards are wildly overpriced, and generally never find ones i would want to send anyway, i also think it's a little more personal to know that someone will be opening something that they know you have made just for them (although a fair amount of it is probably the aforementioned stingyness!)
other holiday activities included the baking and decorating of some gingerbread people, with little sis, as i had received a book on 'how to decorate' gingerbread, which included a very simple recipe, so the picture is one of the ones she 'dressed' for me with coloured fondant icing..
the heap of books are the ones i got from the library prior to finishing work, as i knew the library would be closed until after new year..and i was conscious in my choices that i wanted to escape from my usual "reading rut"! i used to read all sorts of genres when i was in my teens; mum has always been into reading, and particularly favours sci-fi, so when the class was reading roald dahl, i was more into the world of Pern, or sherlock holmes, or ..more recently, i have fallen into the chick-lit slush trap, and sometimes i feel bad that i don't read more widely, so a few of the books i chose were authors i haven't heard of or read before, in order to try and challenge myself a little more..i do love to read, and it doesn't take me long to finish a book i get into, but i have always been taught to finish a book once started - i try never to give up halfway through, but i generally have several books on the go at the same time, in various houses, handbags, etc.. 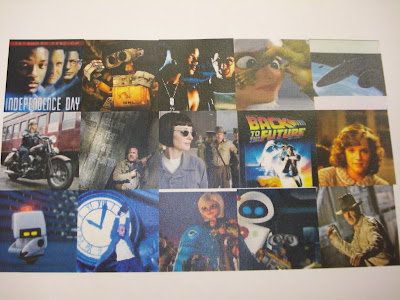 and the films..which i have to credit to IMDB - i printed the pictures off as a montage, and then took a photo of the printed sheet (how sad is that?!?:!) as i couldn't figure out how else to get them all to stay as one otherwise..my new year's day was spent entirely in front of the tv at my best friend's house..we watched films literally all day, interspersed with a lovely home-cooked lunch in the middle! for me to spend a day like that is pretty much unheard of, but i actually had a lovely day..﻿
Posted by char at 10:11