Can anybody guess where I had these photos taken? Sarah was very patient with me as she took me through the official Amilliondresses poses, but I'm definitely no natural! I wish I didn't hate having my photo taken so much; it would certainly make taking blog photos a little easier.

Something I certainly don't hate is this organza prom dress from Matalan. I know I'll sound like a broken record but I really am a fan of Matalan and this season they have some lovely items in. I've been trying to avoid the homeware section when I've visited as I really am trying not to buy any more homeware until I have a new house to "wear" it all, but from the glimpses I've caught of their recent lookbook, I know there are some good things there at the moment as well! 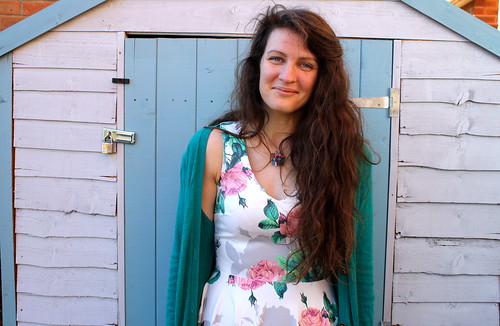 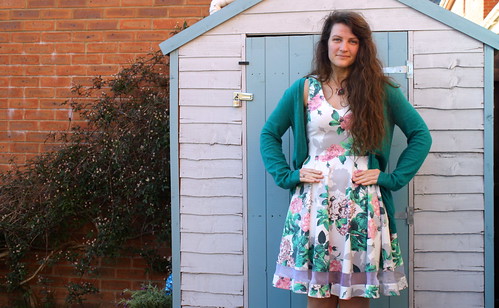 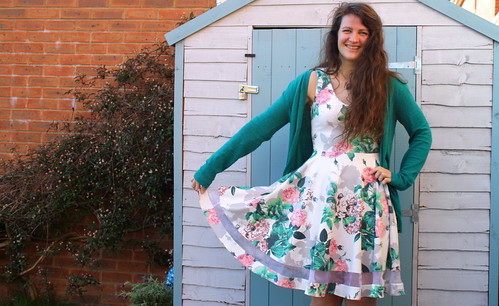 Anyway, back to the dress. I must admit I had my doubts about the fabric when I first picked it up, as I was worried it would be too tight and clingy for my liking, as I worry about my body shape and size a lot at the moment. That said, I don't think it was as bad as I'd expected when I tried it on and I rather liked the swishiness of the skirt. The organza section is something I've seen quite a lot in stores lately, since that ubiquitous blue Topshop skirt, and I have to admit, I'm surprised at how much I like it. 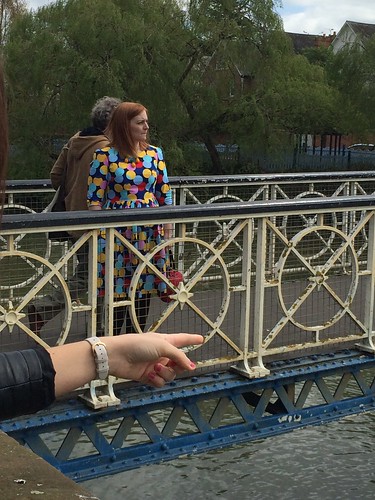 I wore it with this cardigan and pair of shoes for a day out in Leamington with Sarah, Rosie and Katy. We breakfasted at Bill's, then wandered around the shops and took some photos whilst exploring the park. We even climbed a tree. 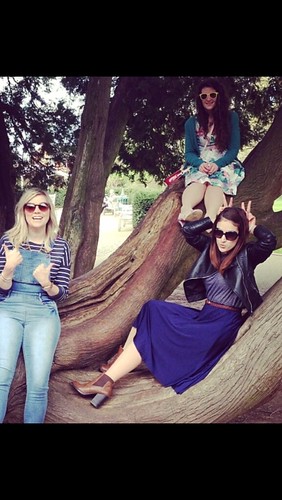 As always seems to be the case when I visit Sarah, I came home with a bag full of new (to me) dresses and having eaten oh so much. Giant cookie = Best. Thing. Ever. 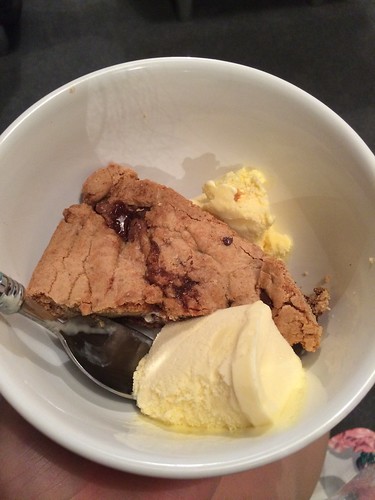