I had the stars on my wall.. 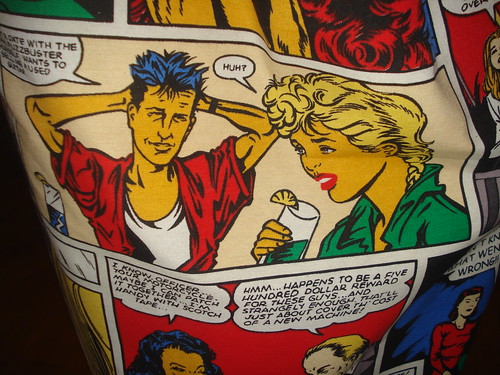 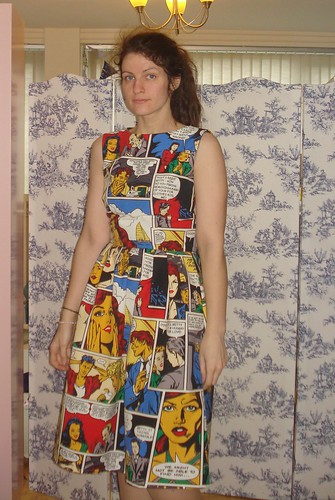 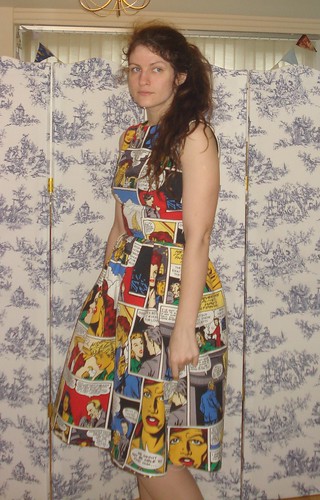 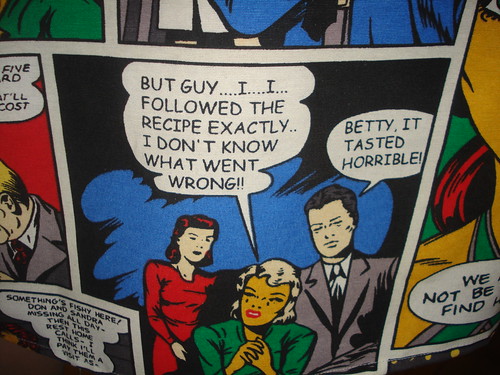 I made this dress a while ago now, using some of the fabric I bought at the rag market in Birmingham back in March with Sarah and Roisin. Since then, I've been really wanting to wear it, but had decided to save it for #MMMay14 so I was pleased when it's time came.

I love the print and it must be fairly eye-catching as I lost count of the number of people who commented on it (at the gym, at work, the supermarket, at my rangers meeting) but I think it's just a random comic strip. I don't recognise any of the characters, but that said, I'm useless at comic booky things anyway. Case in point: I always get confused between DC and Marvel. Nonetheless, I love how harsh Guy is to Betty about her dreadful cooking - no point beating around the bush, is there? I also think the guy with the blue hair reminds me of Charlie Harper from Two and a Half Men. (Although I might be wrong, as I don't actually watch that show).

I wasn't sure about using this upholstery weight fabric for this pattern, as the pleats along the top of the skirt had the potential to look a bit boxy. It's certainly got more volume than most, but I didn't feel too self-conscious about the shape of it, which is good. I teamed it with some Irregular Choice heels (not that I can very well wear anything else at the moment). My challenge is getting harder now as I've had to check back through my photos a couple of times to check that I've not already worn the shoes I've picked out for that day. If only I was the organised type who would just wear their way through the boxes in a sensible fashion, hey?

Thank you for the comments on yesterday's post. I'm going to make more of an effort to learn that time spent doing something I love is not wasted time. I am embracing the idea of spending some time doing something lovely; I'm very lucky to have been given some tickets to the ballet this evening. Thank you, Zoe. <3
Posted by char at 13:33