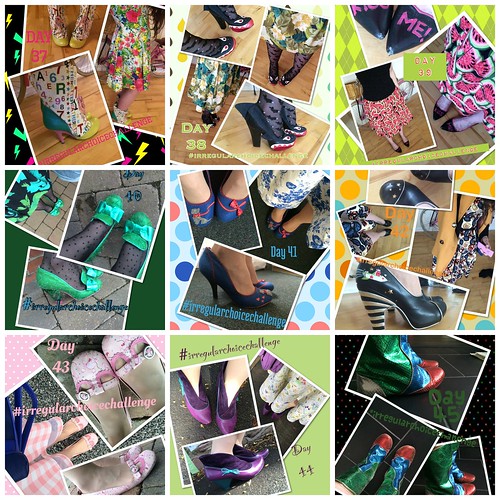 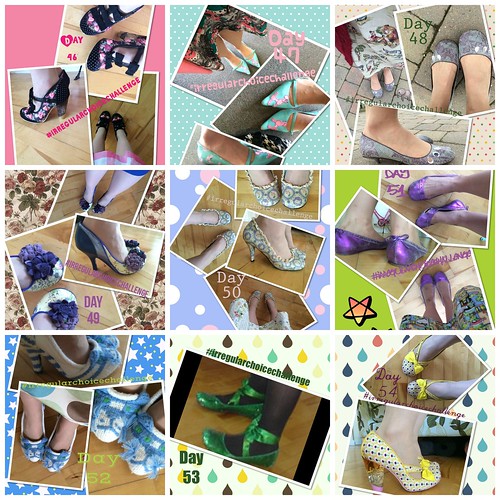 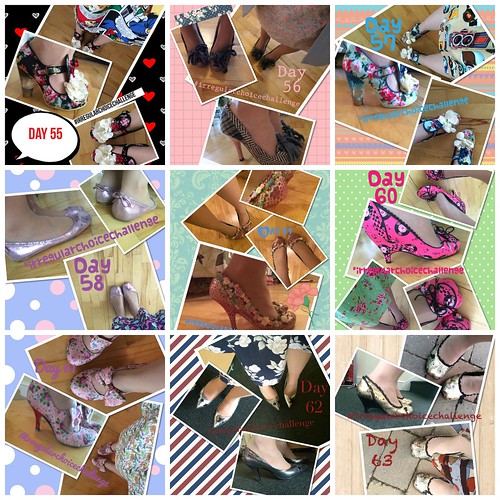 The #irregularchoicechallenge rolls on and here is my latest round-up post.
(You can see a round up of the first 36 days of the challenge here.)

I have been rather enjoying rediscovering some of the pairs which I'd totally forgotten I'd owned, digging out some of the boxes which have been stashed away since I'd bought them and particularly through May, finding pairs which will go with the dresses I've made for my #MMMay14 challenge.

I've found that I'm still not very good with many of the names of the styles, but that the folks on IG are pretty helpful and generally more knowledgable than me.

I've worn my first pair of Poetic Licence since starting the challenge (Day 44) and have had to get rid of two pairs due to the fact they've totally worn out (Days 58 and 51). I've found that an old favourite (Day 59) are almost totally too big for me now, but I love them too much to part with them so will be looking for some insoles. It's been nice to give some pairs their very first outings (Day 60, 54, 49 and 42 had never been worn before this challenge) and I still seem to be the only person in the world who doesn't hate the alphabet boots from Day 37.

Any favourites in this round up? Carpe Diem seemed to get a lot of love when I posted them (Day 38).
Posted by char at 08:30