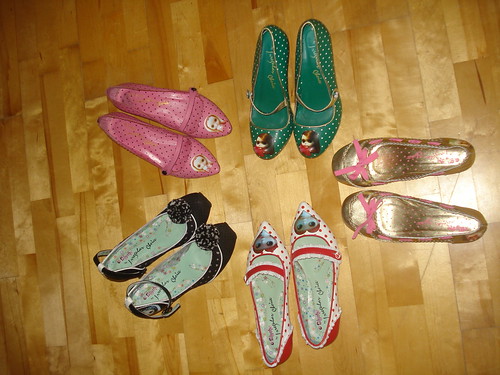 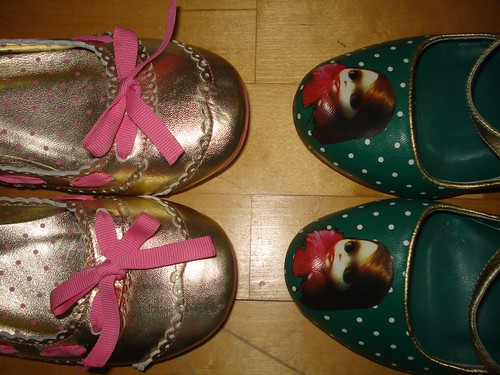 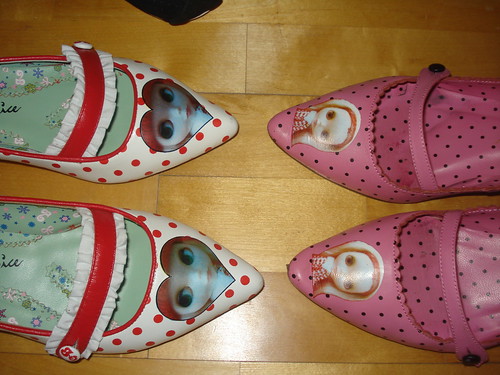 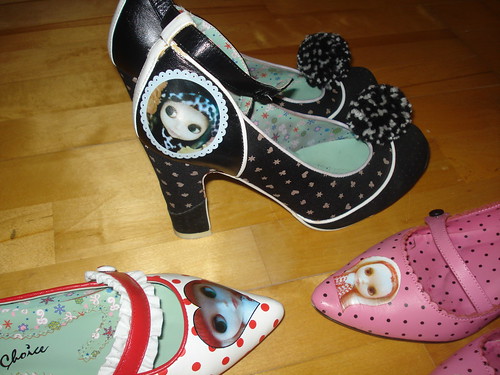 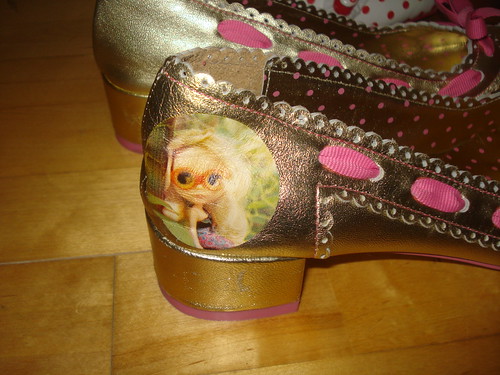 As I've not bought any new shoes recently, (Not through lack of trying; I've been waiting weeks for an eBay win which seems to have gone missing) I decided that this week's post would showcase some of my little-worn (in some cases never worn!) existing shoe collection.

I've never had a Blythe doll; I was more of a Barbie kid myself, although having seen Selina's one I think I would rather like to have one one day.

These are my  Irregular Choice x Blythe collection. The collection was released in 2006/7 I think and I have to admit, all of mine were picked up after that. My most recent addition was the black and white polka dot pair, which I've been told are called Akemi. I posted about them here.

My first Blythe pair purchase were First Prom - the pink and black polka dot low heels, which I bought from eBay several years ago. I've worn them a few times, mostly for day trips shopping to London etc, as they are ridiculously comfortable.

The green courts, which I'm not sure of the name of, are also ridiculously comfortable, despite being heels. I've worn those quite often over the years since picking them up from eBay.

When I was in the Irregular Choice shop in London a few years ago there was this pair of white and red polka dot Blythes (I'm not sure of the name of this style, as the box just had a code number on) and I snapped them up as they were the only pair there / really cute / in my size. I don't think I've ever worn these, but no doubt they'll be worn soon as part of my ongoing #irregularchoicechallenge.

My favourite pair is the gold one, which after some googling I've discovered are called Chi Chi. I've not really worn these either, but I like the Blythe doll on this pair best of all of them. I'm quite looking forward to putting an outfit together for this pair for the challenge. These ones came from a TK Maxx store a few years ago and were SUCH a find.

Which is your favourite? Do the Blythe dolls put you off? I know that most people I've spoken to about this collaboration really don't like them.
Posted by char at 08:30