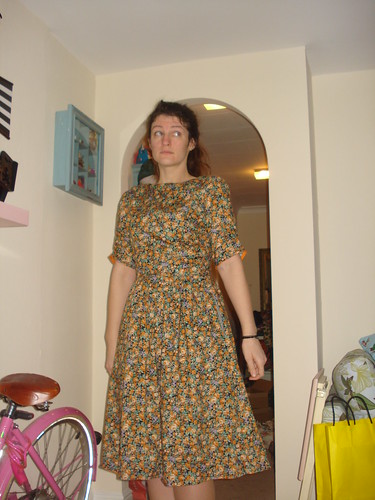 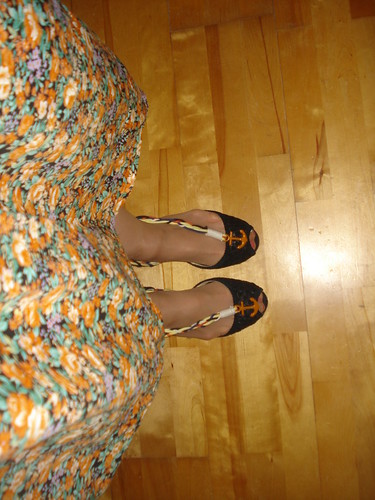 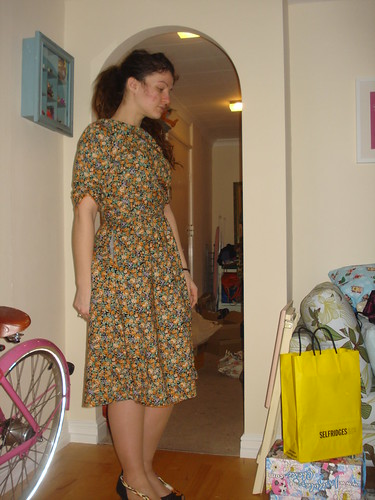 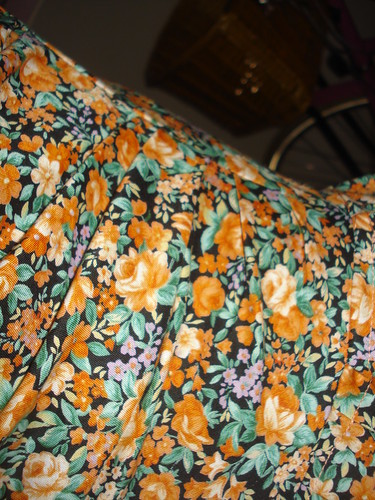 As this outfit is hardly groundbreaking (I suppose that's why I didn't share the photos until now) I thought I'd try and get onto the page exactly what has been filling my head for the past few days. I'm not sure it will make any sense, but that's that.

I've been in I guess what I'd call one of my "self-destruct" moods for a little while now. Every now and then I get frightened, but I can't explain what of exactly. I know this is affected a lot by my medical condition, which can mean that my depressive thoughts can escalate at an alarming rate if I don't try to nip them in the bud. I've been putting as much distance as I can between myself and most other people, including finishing with M. Stupid fucking mood. I feel as though it's not fair to expect him to put up with this, though.

I'm not sure if this comes from comparing myself. To other people's living situations, lifestyles, relationships, size and shape. I know none of that is healthy. I've generally gone through life being pretty sure of what I wanted and whilst I've ticked off a lot of these things, sometimes I wonder if I was right or not in my original plans. You know when you see someone else's life and think that perhaps if you'd made another choice or things had worked out differently, your life would have taken a totally different turn. And who's to say whether that would be better or not. I'm not sure if there's an answer to any of it, it' s just something which seems to be filling a lot of my mind lately.

I feel as though I'm not making any progress with my fitness and body image. Having thought for the majority of my life that I'd be so much happier if I lost some weight, I did that and lost three dress sizes and would say that I'm now at my least secure, ever. I become obsessed with weights, numbers of reps in the gym, measurements and pushing myself and always come to the same conclusion: it's not enough. I am not yet thin enough, fit enough, strong enough. Etc etc. And it doesn't seem to matter what I do; nothing will change my mind. Having looked in the mirror in a shop changing room on Sunday, I ended up in tears at the sight of myself. I'm fed up of being told that I should focus on the things I like about myself, because there is not one thing I like about my body. Not one. Inspired by Rosie's post recently, I decided to keep a tally of the number of times I thought about my body and how many of these things were helpful or not. I'd managed to get into double figures of unhelpful self-hating thoughts before I'd even left the house. And triple that when I got to the gym and began subconsciously comparing myself to everyone else.

I know these moods don't help me. What they do seem to do is cause me to cut my ties with most things, and sort of go into hiding a bit. I'm more likely to make excuses not to do things when I'm feeling like this, mostly because my lack of self-confidence is making me unhappy with just about anything I wear (hence the lack of outfit photos) and I'm finding it's much easier not to leave the house so that I don't have to put an outfit together and feel unhappy with the way I look.

I think some of this is coming from the unhappiness about house-hunting, in which I'm having no luck at all. In one sense I'm desperate to move as I'm so fed up with my current place, but on the other hand I'm reluctant to settle for something I don't like. So I have to keep looking. I wish I was one of those people who just went for the first one they looked at, which everyone else seems to be managing to do lately. I've been making a conscious effort not to buy homewares or do any home improvement things as I see no point when I'm hoping to move soon, but I guess that's not making me any happier about my current abode.

I don't know what the answer is. I don't know if there even is one. Maybe writing these things down here will have emptied my head a little though.
Posted by char at 15:26