It's you and me on the Monopoly board..


Last Wednesday I met some of my Rangers at the train station and we headed to London for a little overnight trip. The girls have spent most of the last term planning this, and I prepared them a Monopoly board with places to visit in central London, with points for visiting, taking photos and answering various questions. What else to wear for sight-seeing than my bus print dress from Cath Kidston?!

Armed with these boards, their maps and tube maps, each team spent the train journey planning their route. They had four hours in which to score as many points as they could, with strict instructions to keep me posted about their whereabouts via text and to be back at Covent Garden to meet at 3.30pm. 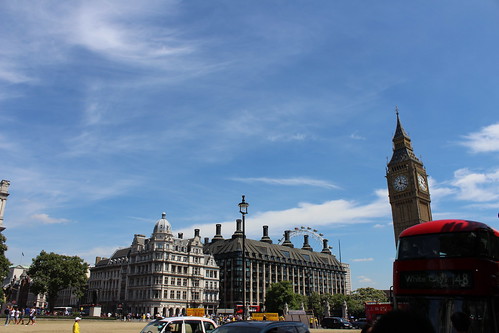 I spent my day with one of the groups and we started out by getting the tube from Euston to Green Park, where we caught the Changing of the Guard, which was a nice bonus. It was also lovely to see so much pretty green space around, which is obviously not something I associate with the capital. Next, we headed towards Westminster Abbey, Downing Street and walked up to Trafalgar Square, where we couldn't resist some touristy lion poses.

After a little panic about how high it was when we wanted to get back down, we continued with our challenge, through Piccadilly, Regent Street, to St Paul's and across the river to the Tate and the Globe and towards Southwark. We tried to fit in a trip to Platform 9+3/4 but the queue was huuuuuge so we snapped a photo from afar and hot-footed it back to Covent Garden to meet the others. Everyone turned up on time, which was great - they're a good bunch. 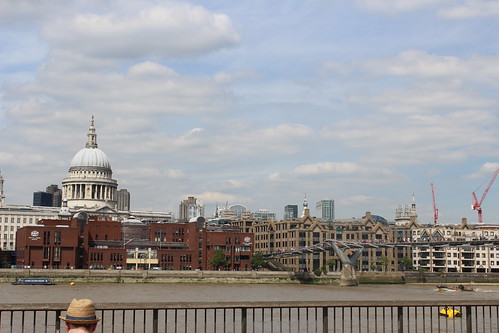 After a little wander around the shops, we had dinner at a nearby Italian restaurant which I'd found using the Tastecard website, and my free trial card gave us 50% off our bill, although the cheeky restaurant then added a 20% service charge, which they apparently only do when people use this card!

Next, we headed on over to the Cambridge Theatre, to see Matilda. I'd been quite looking forward to this because I've heard nothing but how great it is from everyone I'd spoken to. It certainly didn't disappoint. The set was amazing, the show was great and the songs were still in my head a few days later. The only downside was that we were in the upper circle and the theatre was so hot up there that I thought I was going to faint. 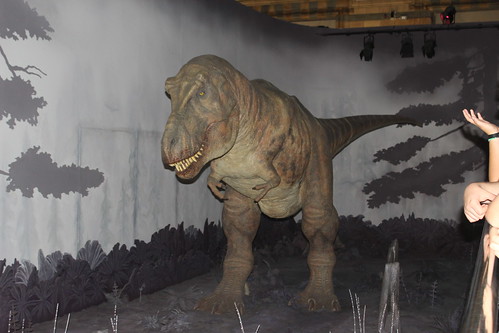 After the show, we got the tube up to Belsize Park to stay at Pax Lodge, which is one of Girlguiding's World Centres. We had a nice breakfast the next morning, before heading out to South Kensington for the mueseums. Most of the girls wanted the V+A but I couldn't resist a quick tour of the dinosaurs - of course!

After a trip to Harrod's, a stop for lunch and the afternoon in Oxford Street so that they (and I) could do some shopping, we headed back to Euston for our train home. Funny how tiring a little trip like this can be, but I guess we did manage to fit a lot in.