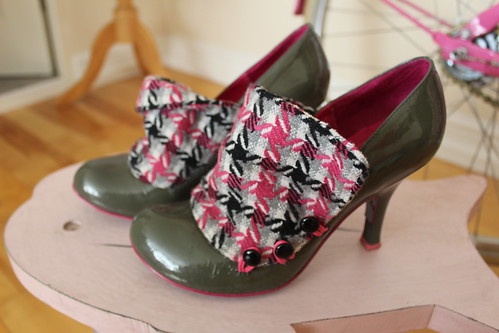 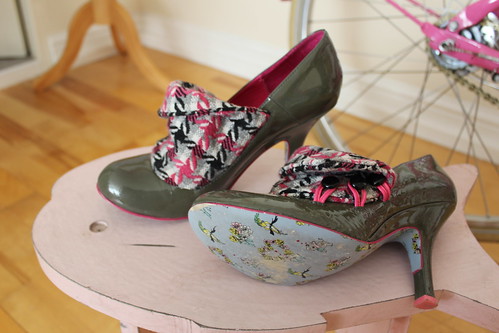 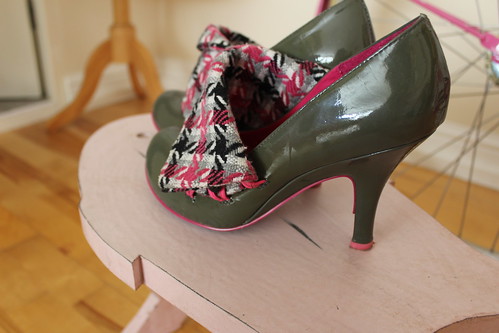 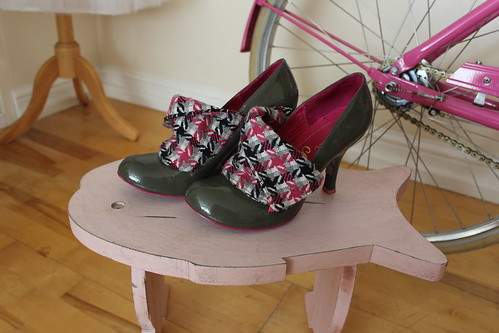 Isn't it funny that despite the fact I've been building up my collection of Irregular Choice for years, there are some styles which have been around for a long time, which I've never added to my collection.

Until recently, Flick Flack was one of these styles. I've lost count of how many colourways this style has been released in, but this one is the only one which ever seems to have taken my fancy.

The majority of the shoe has a grey patent finish, with pink heel tip detail and lining. There is then a section of fabric on the top of the shoe, which has cute button detail and can be either folded down to make a kind of cuff, or left unfolded to show off the buttons. I've tried them both ways and like the effect of both.

What do you think of Flick Flack? How would you style them? Or are they not your cup of tea?
Posted by char at 08:30