I take it you've all been outside this week? So, you'll be with me when I say the approach of Autumn seems to be inevitable. I don't know about you, but for me the A/W decline means comfort food. And when I think of comfort food, I think of mashed potatoes, stews, or my best of all..cauliflower cheese.

So, with cauliflower cheese on the brain, I found it pretty easy to decide what to make when Pilgrim's Choice challenged me to put their new Crumbles range to the test. 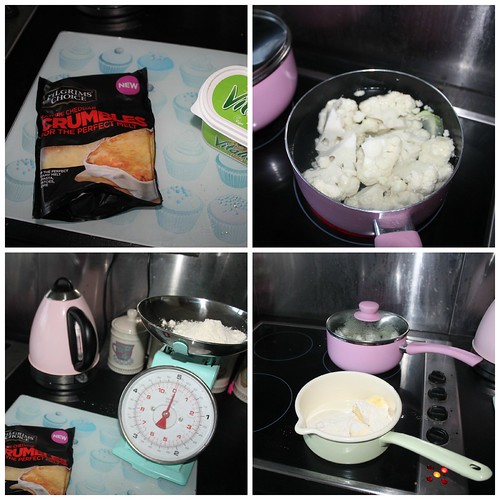 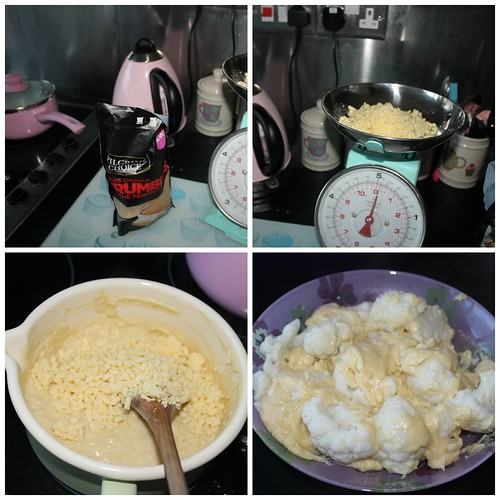 Easy as pie, and perfect as a side dish, here's what I did:


So, my verdict on the cheese? Well, Pilgrim's Choice say that Crumbles are 4mm diced cubes. I'd say that they were more like bags of grated cheese, to be honest (although it's possible that that happened in transit!). They melted easily and have the regular mature taste you'd expect from Pilgrim's Choice cheddar.

Although I've seen them in stores, I've never bought into the "pre-grated" cheese phenomenon before, but I guess it's a definite time-saver. For this recipe I used the "mature" flavour, but the range also includes Mature with Black Pepper, and Mature with Breadcrumbs and Herbs, which I have plans to use for this recipe.

What's your favourite cheese-based recipe? Is this weather making you think of comfort food, too?
Posted by char at 11:43