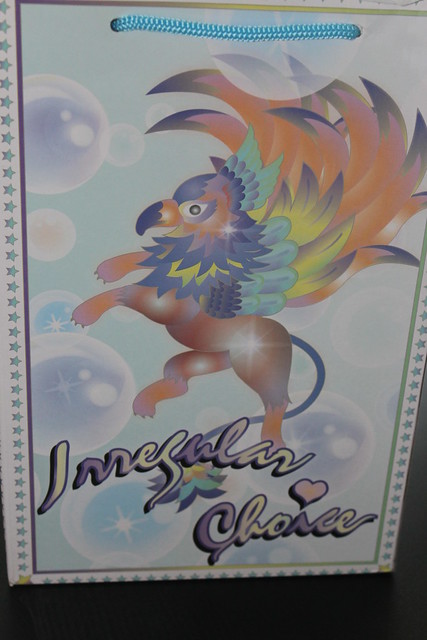 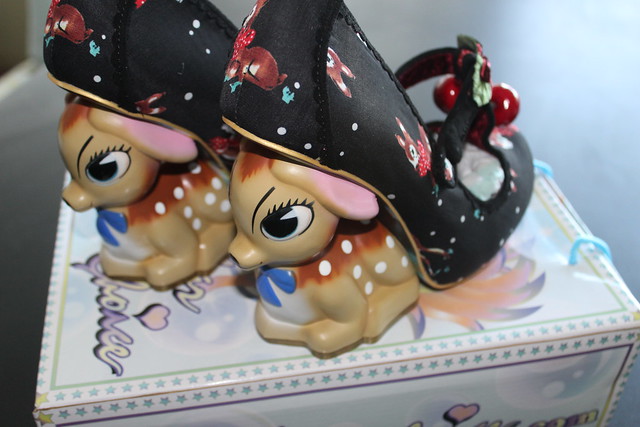 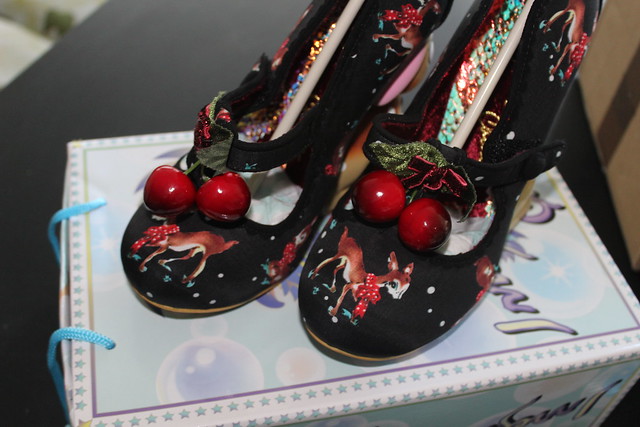 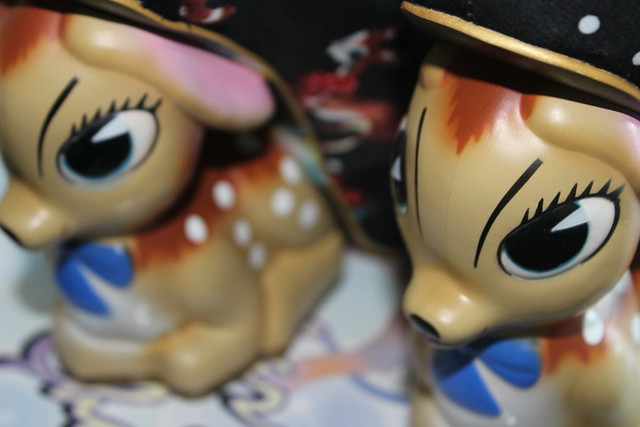 Last week saw the release of one of the new styles of "character" heels from Irregular Choice. Cherry Deer. I have to admit I saw an unofficial photo of these quite a while ago and had been waiting for their release to be announced, so I was excited when I saw that there would be a choice of a couple of colours.

I got treated to a pair of these, and after some thought went for the black pair as I thought that the pale blue may have been a little too similar to my Flopsy heels.

They arrived a few days later and I was excited to see a new box style as well. The heels themselves are made from the same resin (I think) as the other character heels and they're plenty sturdy, with a large base section. The front of the shoe is covered in a deer print fabric which is edged with ric rac and on the front are bows and cherries.

I think they look rather festive with their colour-scheme, but I already have plans to wear them next month for a day trip as part of my ongoing #irregularchoicechallenge.

I know that the character heels seem to get a rather mixed response, so over to you. Do you love them or hate them?
Posted by char at 08:30