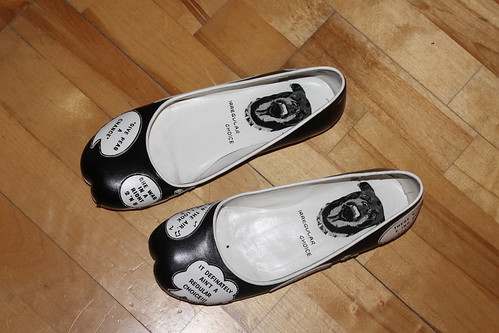 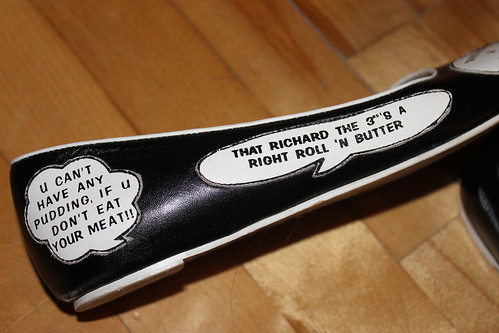 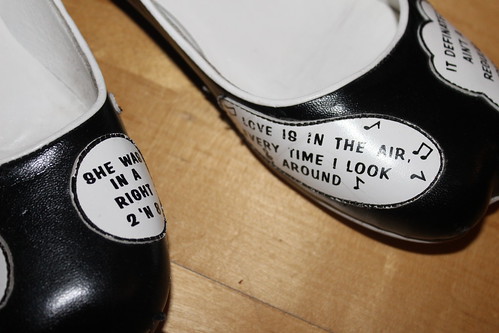 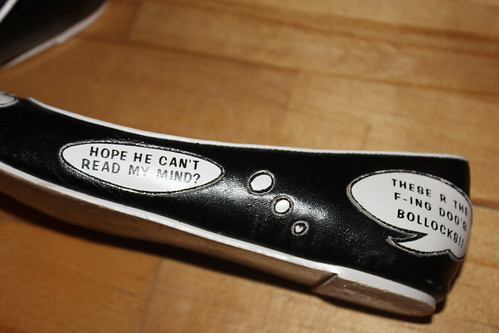 So, these are not a new pair of shoes, but that's OK. In fact, I wore them recently and was asked what some of the speech bubbles say, so I thought what better way to share them, then to dedicate a shoe post to them.

Called Speech Bubble and with the infamous mushroom-shaped toe detail, these Irregular Choice flats were released in 2004. I bought them a long while after that, on eBay though. I don't think I'd actually worn them until I got to them in the challenge.

They're super comfortable and easy to wear, so there's no real reason for them to sit neglected, except for the fact that I just don't wear flats that often.
Posted by char at 09:00