Last week, I received a parcel of chocolate to "eat, try out or play with" as I wished. I used to eat chocolate quite often, but have to admit that I've sort of gone off it in recent months. I don't dislike it, I just never seem to crave it. That said, I was intrigued to try something new. 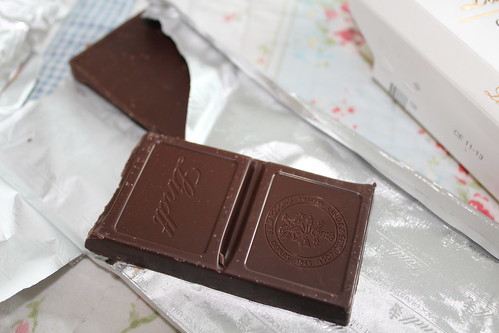 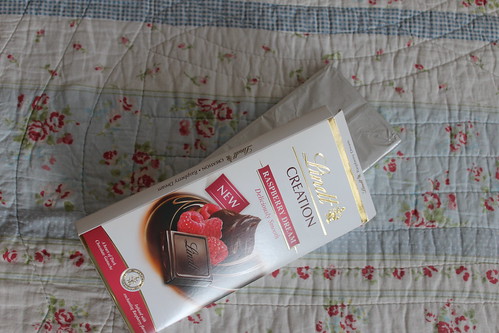 The Creation bars were made up of nice thick pieces, filled with gooey centres. I tried a piece of the raspberry bar, and the flavour was intense and went fabulously well with the rich chocolate. It got a definite thumbs up from me for the taste and lovely texture. 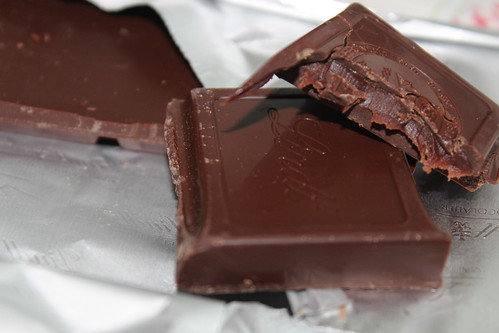 I decided to use the rest of this bar, along with the pistachio one, in a raspberry and chocolate brownie meringue cake, which I made for Saturday's dinner party. It melted well and I think it was a good addition to the recipe as we could definitely taste the flavour of the raspberries in the brownie layers. 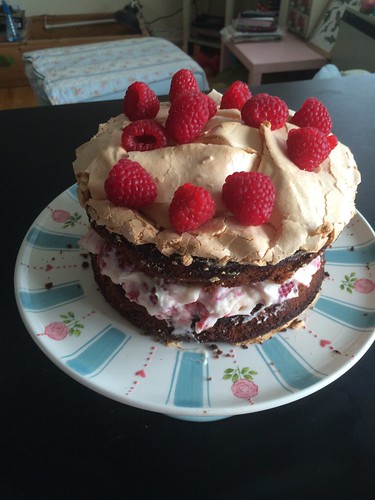 Are you a chocoholic? Have you tried these new flavours from Lindt? Are you intrigued?
Posted by char at 13:31