This story isn't going to have a happy ending; I'll warn you now.

Once upon a time I saw a photo of these Balletomane shoe boots, covered in pearls and with a dancing ballerina in the heel. I absolutely fell in love with them and couldn't wait until they were released. 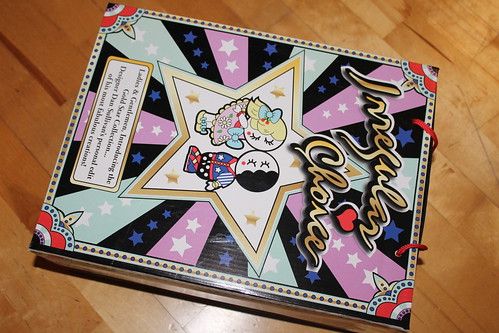 They got released at midday on October 17th and by 12.02pm I had an email confirming that my pair had been ordered and paid for. Later that day I received another email to say there would be a "slight shipping delay". I wasn't told when they'd be sent out, so assumed this only meant a couple of days. 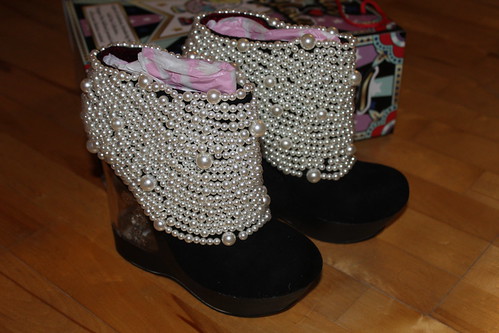 Apparently not. I emailed five days later to ask if there was any news and was told that the original pair I'd ordered were faulty, so they were waiting for another pair to be produced in China. They would then be sent to the UK and then sent out to me. I was a little disappointed, but at least I knew that I'd receive a perfect pair, which would be checked before they came out to me, right? 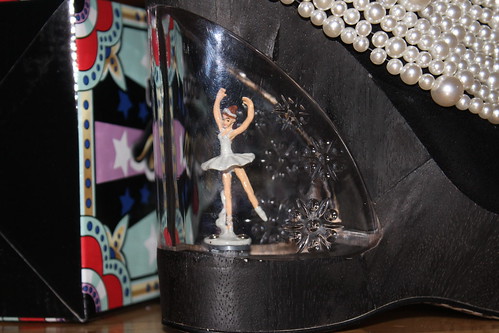 Sadly not. When the shoes arrived, on Wednesday, 12 days after I'd ordered them, I was so excited to get them out of the box. The ballerinas in each heel are fabulous and have a key underneath, built into the heel so that you can wind them up. They spin and dance around to "Twinkle Twinkle, Little Star", just like a music box.

Immediately my heart sank, though, as I could see that each of the shoes were damaged to the wooden covering around the heel. It's a kind of paper-thin wooden covering, rather than anything sturdy, and it's chipped on each shoe in several places, like in the photo above. 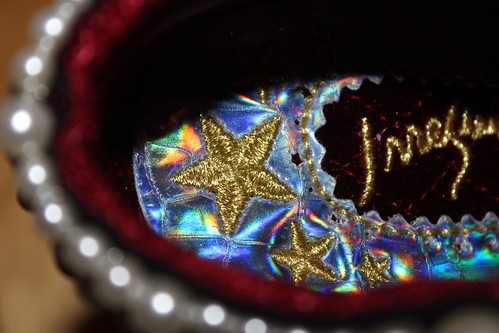 Part of me was torn. I'd been waiting for these to be released for months and they'd sold out on release day. Did I return them or keep them and see if I could try and fix them. I was advised to glue them by the team at Irregular Choice. I considered it, but realistically, the cracked pieces are just going to come off and look a lot worse as soon as I start trying to glue them. And for an expensive pair of shoes, I just don't think I should have to do that. 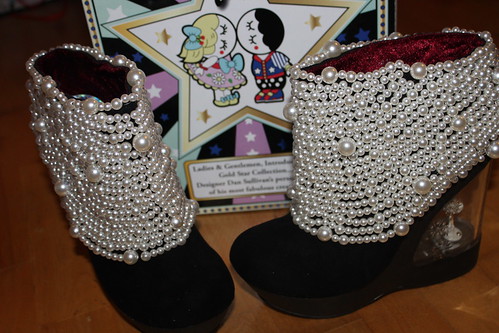 I figured I'd email the customer services team and ask if there was another pair in my size anywhere which I could exchange this pair for. I think that the term "customer service" is used in the loosest possible sense of the word, as the first reply I received was a request for photos as they didn't believe there was anything wrong with them. I sent them some pictures of the damage and got a really disinterested "sorry that the finish is not quite perfect" email, saying that I could send them back if I want to.

The team made it absolutely clear that they don't care either way, nor about the disappointment caused by their appalling service. Again. I was shocked to be told that I should have emailed to ask them to check the shoes before they were sent out. Surely that is a fundamental part of the packing process when you run an e-commerce business? 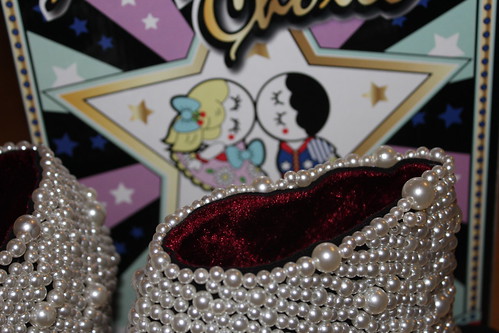 The whole experience has not been my first issue with Irregular Choice, but it's going to be my last, as I won't be buying from them again anytime. I have supported the brand for more than ten years now and have a lot of their shoes, but recently it's been sad to see how much worse their customer service has been. It shouldn't matter whether you are buying your first pair of Irregular Choice shoes, or your four-hundred-and-first, a customer should be able to expect their item to arrive within the timescale given to them, and to arrive intact and not damaged.