I'm feeling rather blessed lately, I have to say. I mentioned recently how I was finding the spending ban a total bore, but I've been pretty lucky to receive some generous presents of late. I've been going through a rather tough time lately, for reasons I won't delve into, but a few people close to me know that and have been doing what they can to keep me smiling. 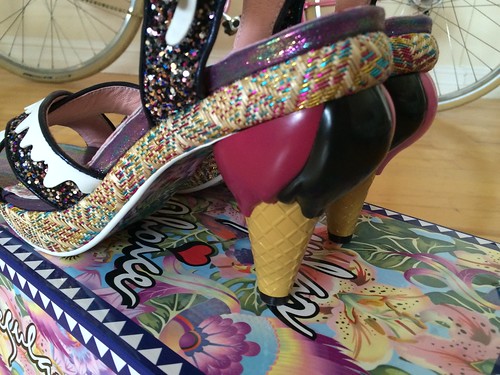 A rather wonderful recent gift was this pair of Ninety Nine sandals. By Irregular Choice, they're a revamp of an old style called May Contain Nuts, which I'd always been sad I'd missed out on. As you can see, there's the same heel, but the rest of the sandal has been made a little more...sturdy? 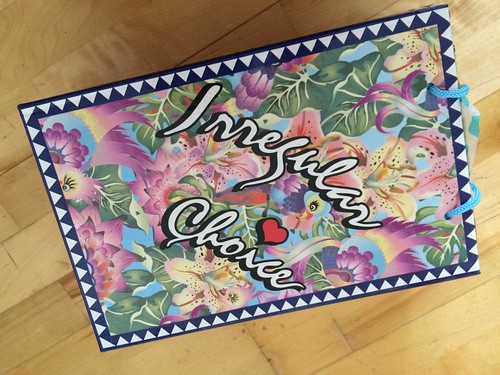 With proper straps rather than the fabric ties and a lot of glitter, I think these are a definite improvement on the previous release and I was thrilled to receive them! Granted, the heels are a little lower than I'd choose ordinarily, but they're a pair I'll happily make an exception for. I am really looking forward to wearing them when the sun begins to show it's face. 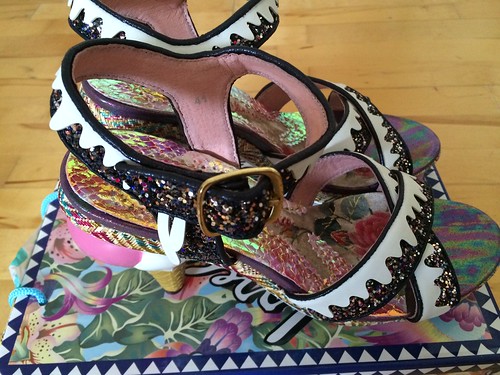 What do you think of these Ninety Nine sandals? How would you style them? I'll be giving that a go tomorrow.
Posted by char at 12:00