So, another week begins after one of those weekends which you could swear had never happened at all, as it didn't think to stick around long enough for you to notice it.

Mine was mostly filled with Guiding things; I helped out with the BP weekend which a friend was running, and then had a craft stall at a local fete yesterday, in the hope of raising some money towards next year's trip. It wasn't the greatest success, so now I have a boxful of homemade teddy bear brooches, hair bows and strings of bunting and no idea where to try and sell them next.

Clothes swapping has been keeping me sane, lately. This dress arrived in a swap parcel from a penpal the other day and I love it. It's a cowboy print similar to a Michael Miller print I'd had my eye on for a while and reminds me of a Get Cutie skirt I parted ways with a couple of years ago. It's quite a short but full skirt and I decided as it was rainy when I left for work, I'd wear some shoes which are made of rubber and therefore totally waterproof. Genius. 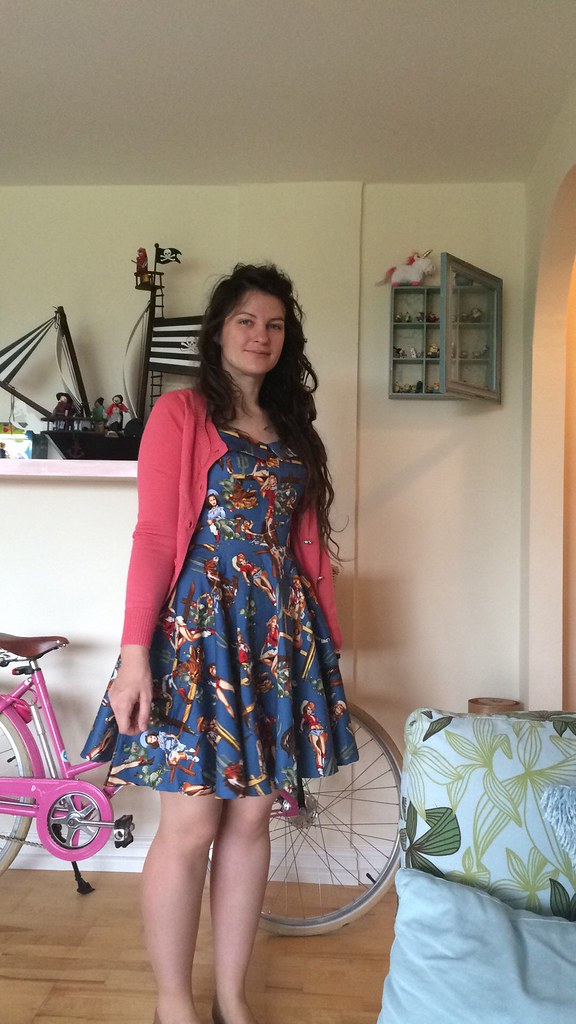