Just in case I didn't already have enough on my to do list, I've taken on a new project: my first attempt at a quilt.

To be fair, it all began because I'm trying to downsize things, as things are changing and it looks quite likely I'll be moving in the not too distant future. And, in case you hadn't noticed, I have a *lot* of stuff.
So, the other day, I decided to tackle three bags full of scraps I've had sitting around. It's not really a secret that I'm a bit of a hoarder and hopeless at throwing things away. 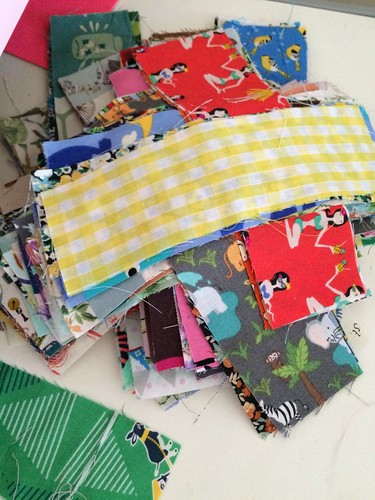 So, I decided that I'd use the scraps to cut out pieces for a postage stamp quilt. I have never made a quilt in the past; it's never appealed to me to pick out and purchase teeny bits of fabric purely to turn into a quilt, but I like the idea of using the leftover fabrics which remind me of previous projects.
Not knowing where to start, I did some research and have been using this tutorial. I cut out 432 strips of fabric from my bags of leftovers and threw out the rest, which cleared me some space. 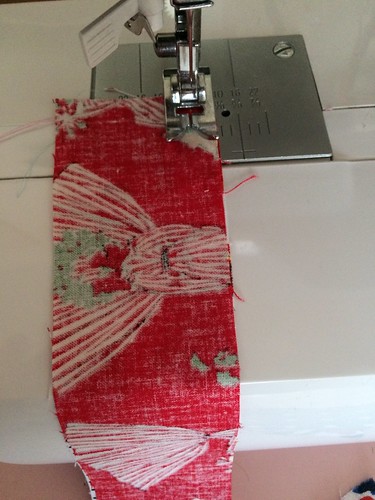 Next up, I grouped the strips (measuring 7in by 2in) into blocks of four and have begun stitching them together with a 1/4in seam allowance between each strip. This will leave me with 108 blocks, which then need to be cut into three strips each across the rows, before putting together 16-square blocks. 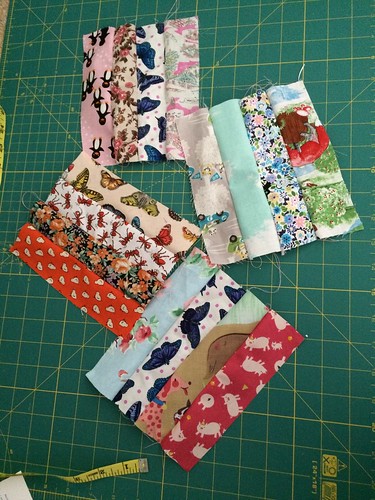 I've been feeling very much under the weather this week, so a fairly simple and mindless stitching of blocks together has been just what I've needed; I've found it quite relaxing. And ever so satisfying to see the pile of strips going down and the basket of blocks filling up.
Have you ever made a quilt? Any tips..??