The end of the spending ban..

So, we're four days into the year and what does that mean? Well last year's spending ban has come to an end and, in theory, that I've been able to spend on clothes for four days. So far, I haven't purchased anything.

So, how did it go?
Well, on the whole, not too shabby. A decent effort. I didn't buy any clothes, shoes or accessories (although I was very lucky to be gifted a LOT of things, which felt a little bit like cheating). I also did treat myself to a knitting pattern for a new bag, which I can't decide whether or not to count as a spend.

The one thing I did spend on was fabric, without finishing that which I'd already got stashed up. I made myself 57 dresses during 2015. And one coat.

Whilst I'm trying not to beat myself up too much about spending on fabric, I've decided that this year I'm going to keep better tabs on my fabric stash. This will mean figuring out what patterns I'm going to use some of the pieces which have been languishing for, although I don't think there is much which has stuck around for that long. Even when I've bought fabric, I've usually used it within a relatively short time, unless I'm saving it for something special. Of course, there are those which I've gone off, or decided I maybe don't like as much as I'd originally thought, and for those I'll try to find something else to use them for (a present, maybe) or I'll get rid of them via my Insta-sale. 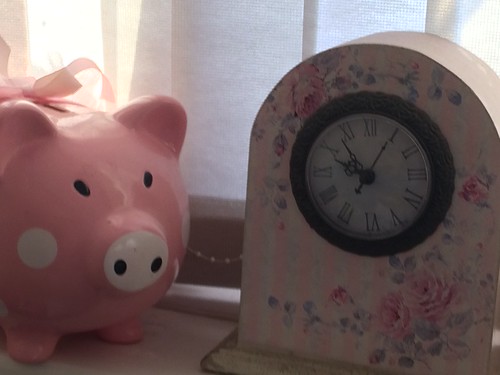 One thing I found very helpful was to take part in clothes swaps during the course of the year. #frockswap2015 was great fun and something I'd definitely take part in again. I also swapped some clothes and accessories with some of my penfriends, as well as IRL friends.

I do need to own up to a couple of spends in the George homeware section - a festive bedding set and two reindeer cushions proved impossible to resist, and then when it came to Christmas, guess who forgot to take them out of storage until it was too late. I guess that just goes to show that I didn't need them.

Would I do it again?
One of my friends asked me whether I'd be carrying the spending ban on. For reasons of personal circumstance, it didn't prove to be the great money-saving scheme I'd hoped it would be, but that's not a reason to count it as a fail.

I don't think I want to continue it into 2016, but I'm not exactly planning a huge spending blowout, either. I think it's worked to make me consider things a little more before just buying them, as I would have in the past. I've been browsing some of the sales online, but haven't actually got as far as buying anything just yet. as I don't feel as though I really *needed* them. I haven't yet looked at the Lindy Bop sale, though....


Have I changed my habits?
I was a little worried about this one. Have I transferred my spending energy into things like fabric instead of ready-to-wear clothing? Well, in a way, I suppose I did that when I took up dressmaking, but I don't spend as much on fabric as I used to on clothes. So, perhaps that means that things are going in the right direction.

I was at a show at the NEC in November and spent on some fabric, which was all around the £5/metre mark. I tend to make a dress from 1.5m, so that's less than £10 per dress, which is a lot less than I would spend on a high street garment, I guess. A step in the right direction?

As for 2016's goals, I'm not sure just yet. I think rather than resolutions and "I'm not"s, I'm going to make myself a list of things I'd like to do. I'll keep thinking.

What are you planning to do this year?
Posted by char at 15:55