There's so much to dream about.. 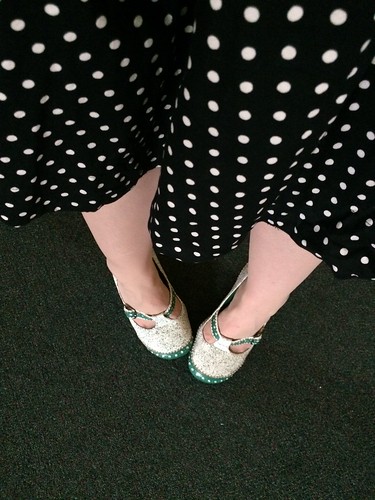 Wednesday again? So soon, and yet in a way it seems to have been a while since the last one. At the moment, I'm feeling a little as though I'm treading water - so much to do that I am always trying to catch up. Finally, my shelves were delivered last week and they are up in the Wardrobe Room so now I have the fun task of deciding which shoes I want to display. That's hardly a chore, though.

I've managed to rule out the fridge as the cause of the electrical issues, but haven't quite managed to locate the actual cause, although I'm beginning to wonder if it could be my laptop cable, even though that's relatively new.

Have been a bit bogged down with work, guides stuff and some website stuff I agreed to do, so I've been rather failing on many of the things I'd much prefer to be doing.

And mostly, I'm just so tired lately. Not exactly sleepy-tired, but I just feel kind of worn out. I don't sleep any longer when I give myself an early night, but everything just feels like a dull ache of exhaustion. Ugh.

Perhaps I'm finally learning that it's not a terrible thing to make some time to relax. My favourite has been telling me that it's OK to let things slide sometimes, and that I should put myself first, We shall see.
Posted by char at 15:40