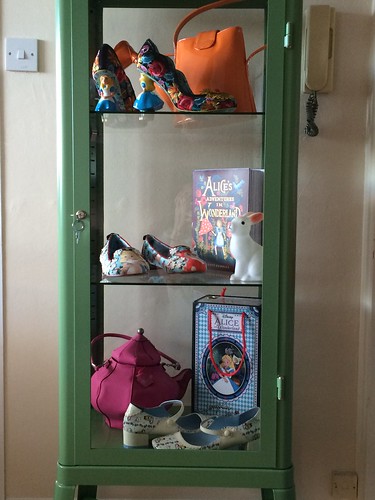 I know I mentioned that I came home with a couple of pairs of the new Irregular Choice Alice in Wonderland collection from their #IrregularAlice launch last week. Finally, I managed to find some time to take a few photos. I changed up my display cabinet once again, and I'm sure it will change a few more times before I'm quite happy with it, but for now I've got a rather Alice-themed collection going on.

Even though I hadn't actually seen some of the collection before I went to the launch event (I'd only managed to see photos of 14 of the 17 pairs before the actual day, so there was always the risk that there'd be something else which would alter my plans) I had a fair idea of which pairs I'd be coming home with on the day. Flowers Can't Talk were a definite, as the Alice heel was my favourite of the character heels and I'd decided that the flowers were my favourite upper design of the Alice heels. More about those at a later date.. 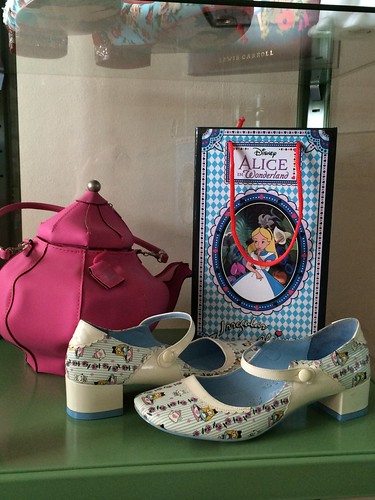 So, as for the second choice, I'd decided I would like a pair of flats. I have such fond memories of this movie when I was young and one of my favourite parts was when Alice fell down the rabbit hole, leaving poor Dinah behind. My sister and I used to make daisychains in the summer and pretend we were hanging out, waiting to fall into Wonderland. (We were easily pleased children, it seems).

So, Dinah the cat and shoes adorned with daisies - a winner with me, for sure! How could my second choice *not* be Curiouser? I have a good number of flat shoes in this kind of shape from Irregular Choice, so I had a fairly good idea of how they'd fit. I love that even with the flat styles, which I guess are never going to be quite as exciting, to me, as the heel designs, there are plenty of pretty little details. 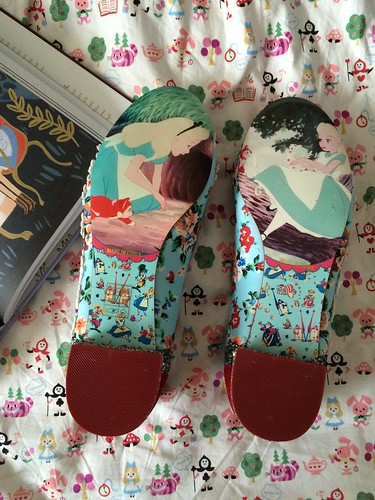 The uppers are printed with film still pictures from the film of Alice and Dinah, and the soles feature other Alice film designs. The heels are low, and surrounded with glitter - a feature we're used to after designs like Baby Mine - and there is also glitter scalloped detail to the backs. The fit, unlike some of the heels I tried on from the collection is true to size and at time of posting these are still available on the IC website in a size 41. 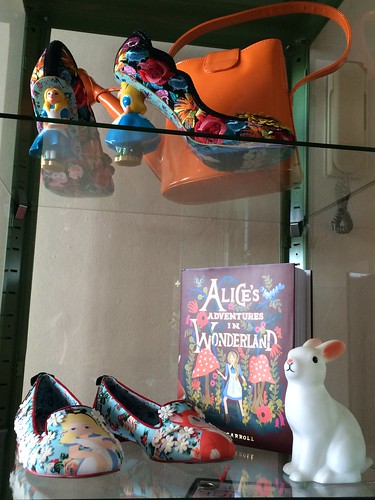