Finally, Flowers Can't Talk! This is the other pair from the Irregular Choice x Alice in Wonderland collection which came home with me. This was one of the first pairs from this collection I saw a photo of, but definitely my favourite. They were the pair I had most expected to end up with, to be honest.

There's only so much that photos can do, though. When I saw them in the flesh at the launch party, I was even more smitten with them. The detailed embroidery of the flower design across the shoes hadn't been apparent from the photos I'd seen, and it just seems to add another level of lovely attention to detail on this pair of shoes. I know there were a couple of other designs in the collection which feature the Alice shaped heel, but these were my favourite of those. 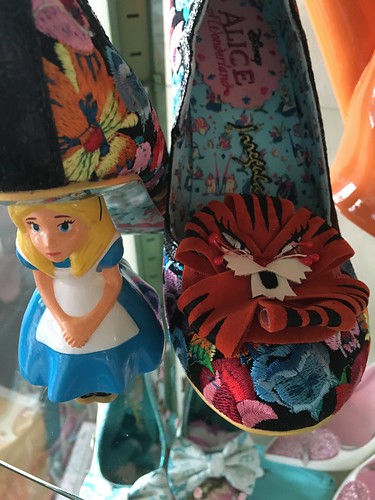 The shoes feature a scalloped crackled leather edge, which gives them a lovely shape when worn. The heel itself is plenty sturdy, with the figurine heel being moulded all in one piece. Unlike the dinosaur heels, her arms are clasped together at the front which means there's nothing pointing out so they feel a lot safer to walk about in.

The fit on these is a little on the large size, which is something I found to be the case with the whole of the #IrregularAlice collection, but I still opted for my regular size and decided that if they were a little too big after a lot of wear, I'd put some of those heel grips in. I haven't needed to just yet. 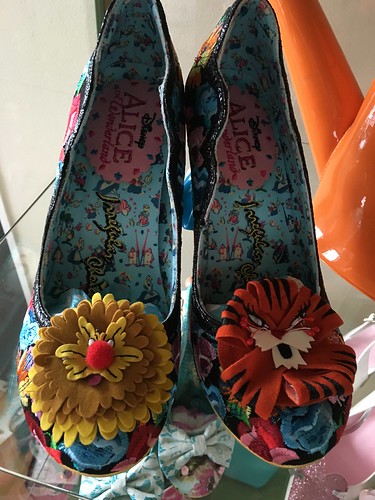 The fronts of the shoes are what I know put a few people off this style as they don't match, but I think this adds to their charm. The shoes feature two of the flower characters from the movie, and as you'd expect, the detail level is amazing, right down to the pom pom nose on one and eyelashes on the other. 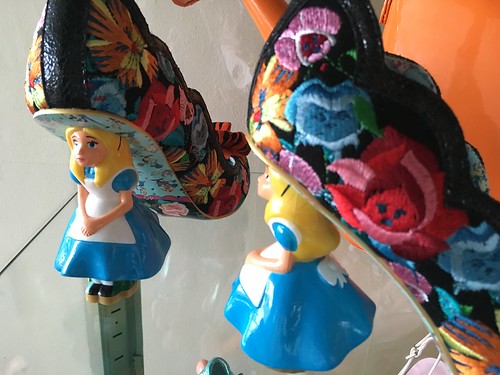 I really want to watch the movie again now.