Clowning around in the Peak District.. 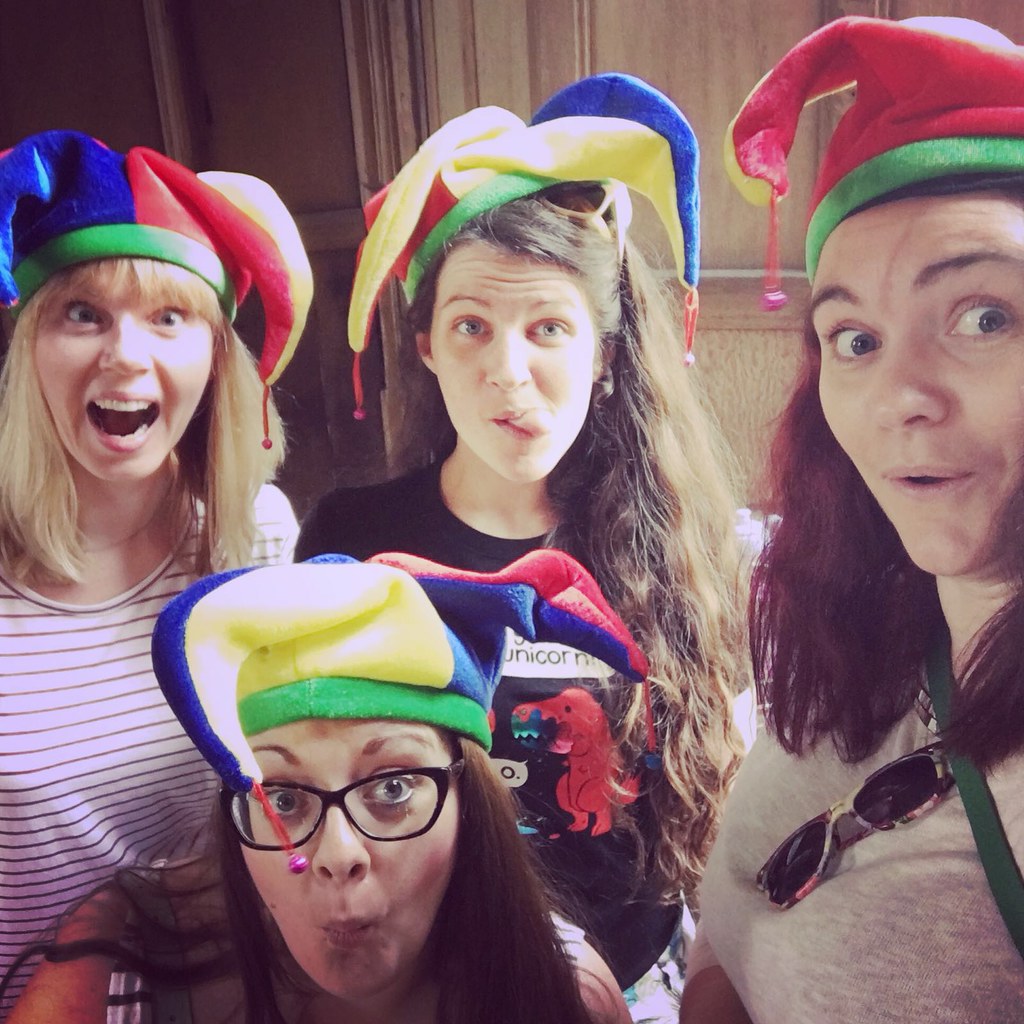 I feel as though I should probably entitle these photos "seeing how many things you can climb up, on and into in a weekend". Because it kind of became the impromptu theme.

I headed over the counties to Wetton Mill on Friday evening, to a little National Trust cottage in the midst of the Manifold Valley. As ever, with the NT properties I've stayed in, it was fabulously well-equipped and had everything we needed to make ourselves at home for the weekend. Us being myself, Alex, Lucy and Becks.

On Friday night we settled down with pizza and wine for all of the catch ups and planned our weekend strategy. We could see a cave from our living room window which featured highly on the list of things I wanted to explore, and had also heard of another - Thor's Cave, about a mile from where we stayed. I've found this site which has *so* much information on walks around the area we stayed, which is going to be a billion times better than I could advise (particularly given my navigational skills which got us lost up on the hills on Sunday afternoon where there was only a choice of two paths to take..!) 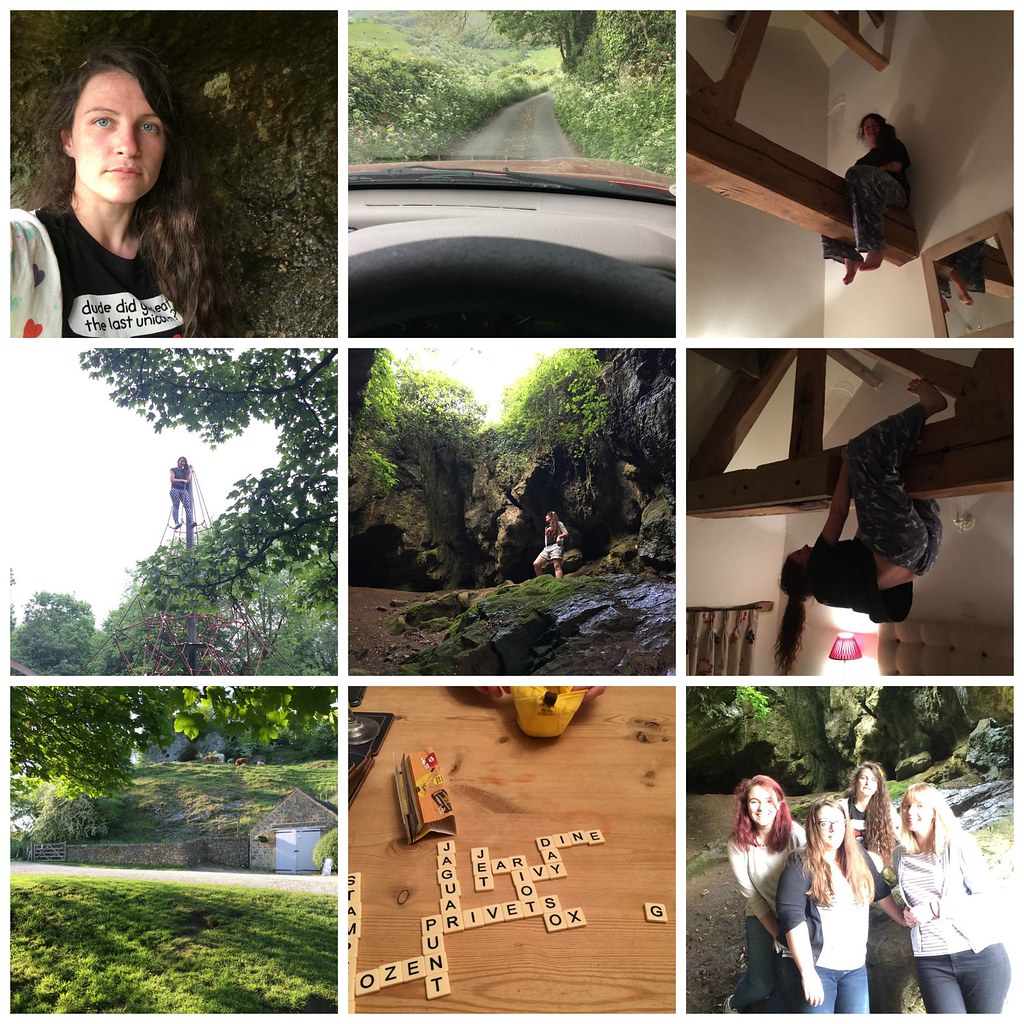 Saturday brought an early start for Lucy, Becks and I as we headed to the closest ParkRun we could find. My first Parkrun and terror levels were running high, but it was a lot more friendly and welcoming than I'd expected. I was amazed at how chatty some of the other runners were, and the marshalls were lovely, offering words of encouragement whenever we passed them. I have never timed myself or measured distance when running before, so this was a new thing for me and I'm not sure whether I'm pleased with my time or not, but I guess it's a start point and I might go to the one in town this weekend. 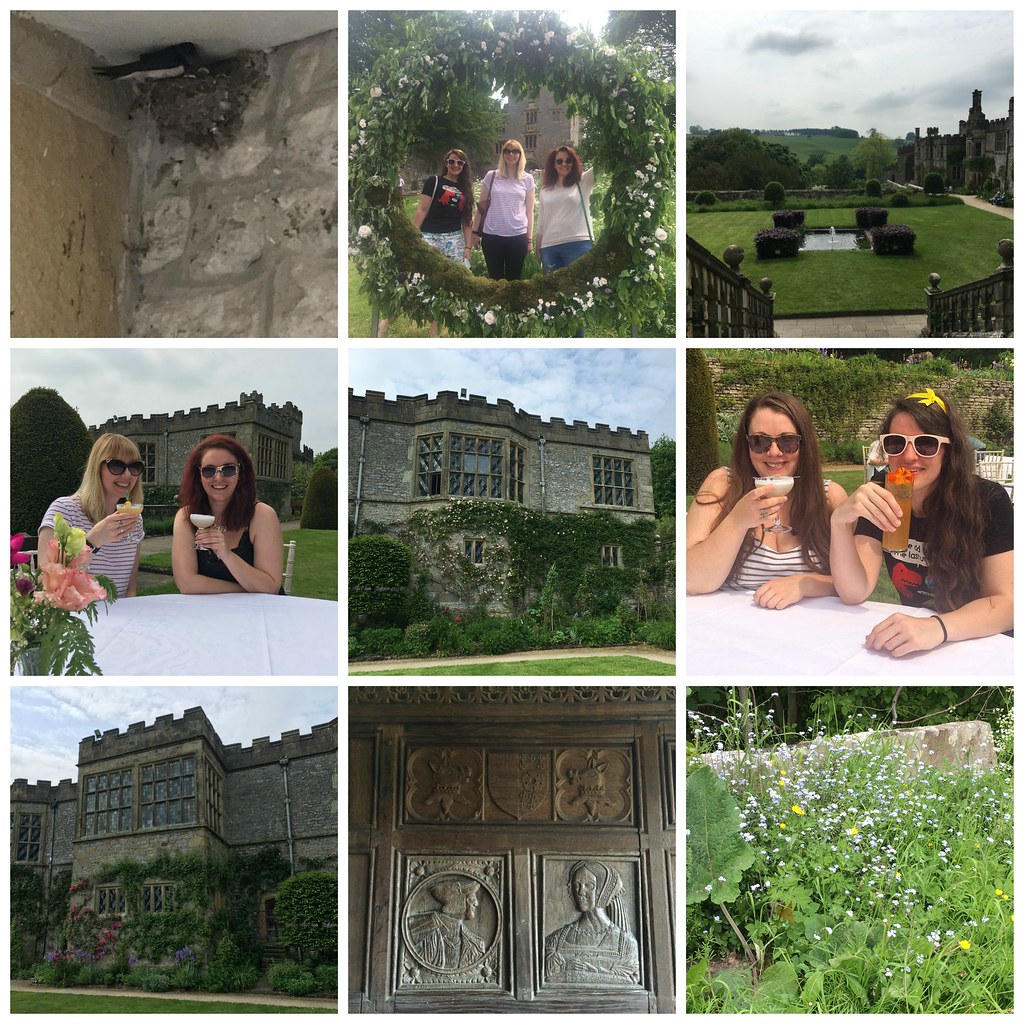 After showers and breakfasts back at the house, we all headed out to Hatton Hall to explore the house and gardens. The sun was shining and when we'd toured the house we sat out on the lawn where there were cocktails being served from a pop-up botantical cocktail bar, which was using plants from the garden. Very decadent. We headed back through the house and stopped at the tearoom for a late lunch before parking up in Bakewell for a quick trawl around the local shops - it seemed wrong to leave without purchasing a traditional Bakewell pudding.

Refuelled by coffee and/or wine, we headed up the steep path above the house to explore the little cave nearest to us. A little slippier than I'd envisaged; my climbing escapades ended up in some superbly muddy shorts. 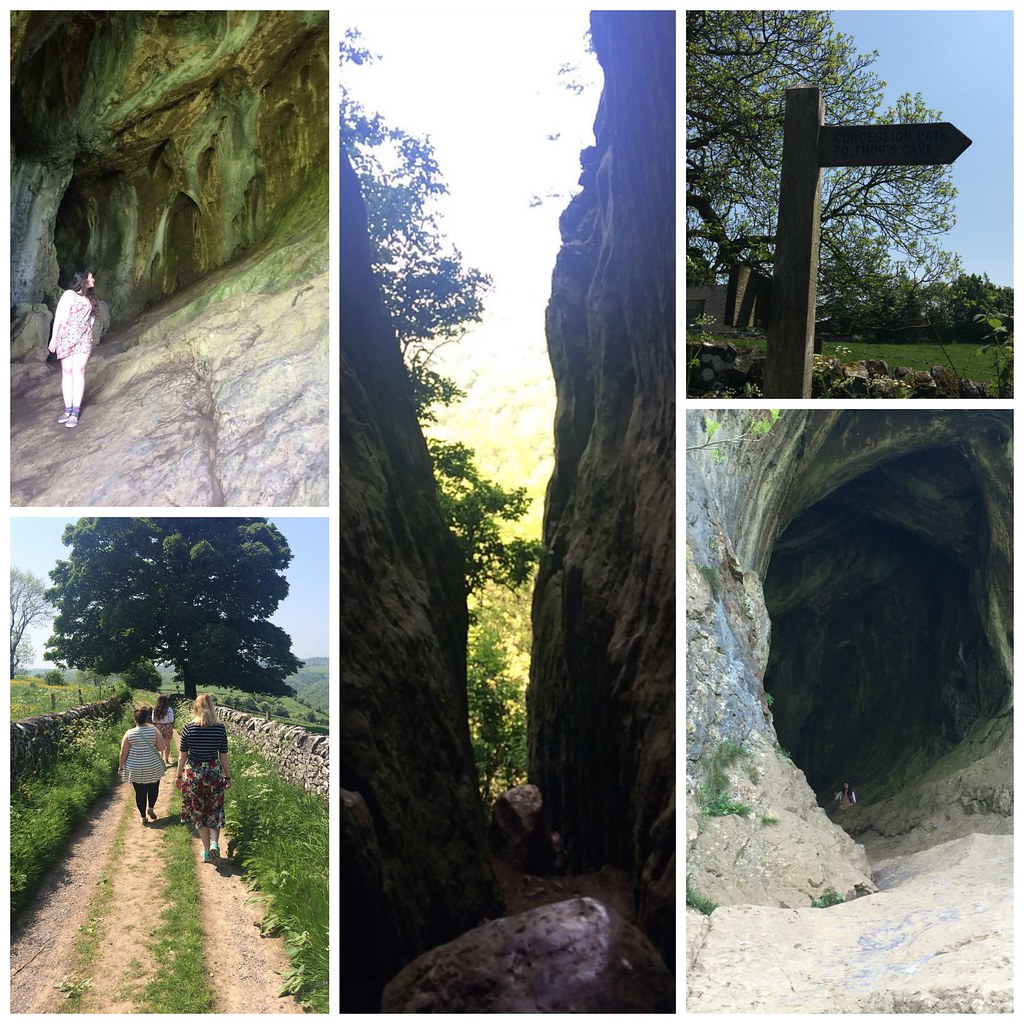 Sunday morning was much more leisurely and after a hearty breakfast, we donned our most sensible walking shoes and navigated the busy lanes to park up in Wetton and visit Thor's Cave. Which was rather epic, to be honest. A little tricky to climb into, and so so dark - I regretted leaving the torch we'd nabbed from the house in the car, as apparently it's possible to see a lot of fossils further towards the back, but it was amazing nonetheless. And I managed to come away without being covered in too much mud. Which makes a change.

Again, the weather was glorious and we'd spotted signs for a little tearoom in the schoolhouse next to the churchyard, which we beelined too for sandwiches and juice before continuing on our way. 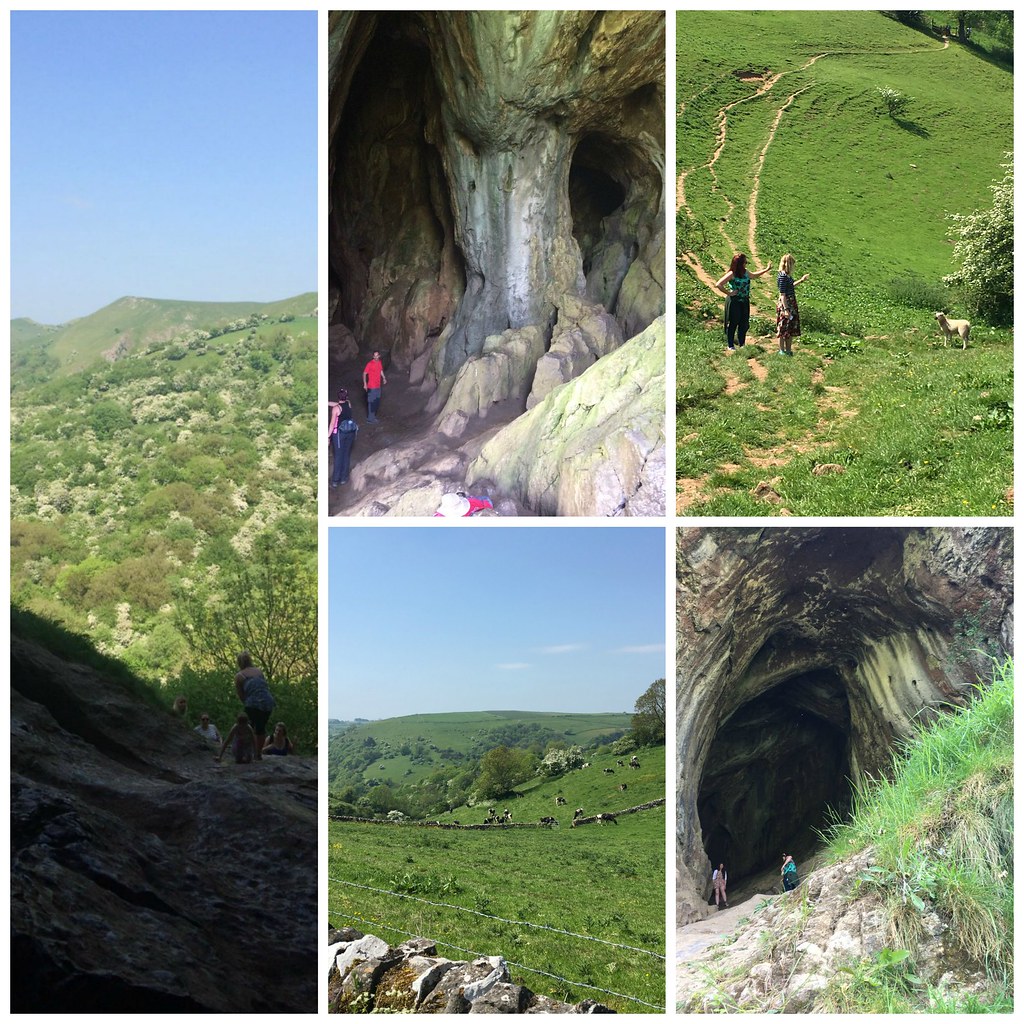 Next on our agenda were the stepping stones at Dovedale. We parked up in Ilam Park and ambled from there, through the village to Dovedale where we were a little...underwhelmed by the stones themselves. A paddle in the river was a lovely way to cool down on what had become one of the hottest days of the year and we took the fields shortcut (after the aforementioned little false start!) back to the car and back to the house where we spent the rest of the evening soaking up the last of the sunshine. And then I had to head back to reality. 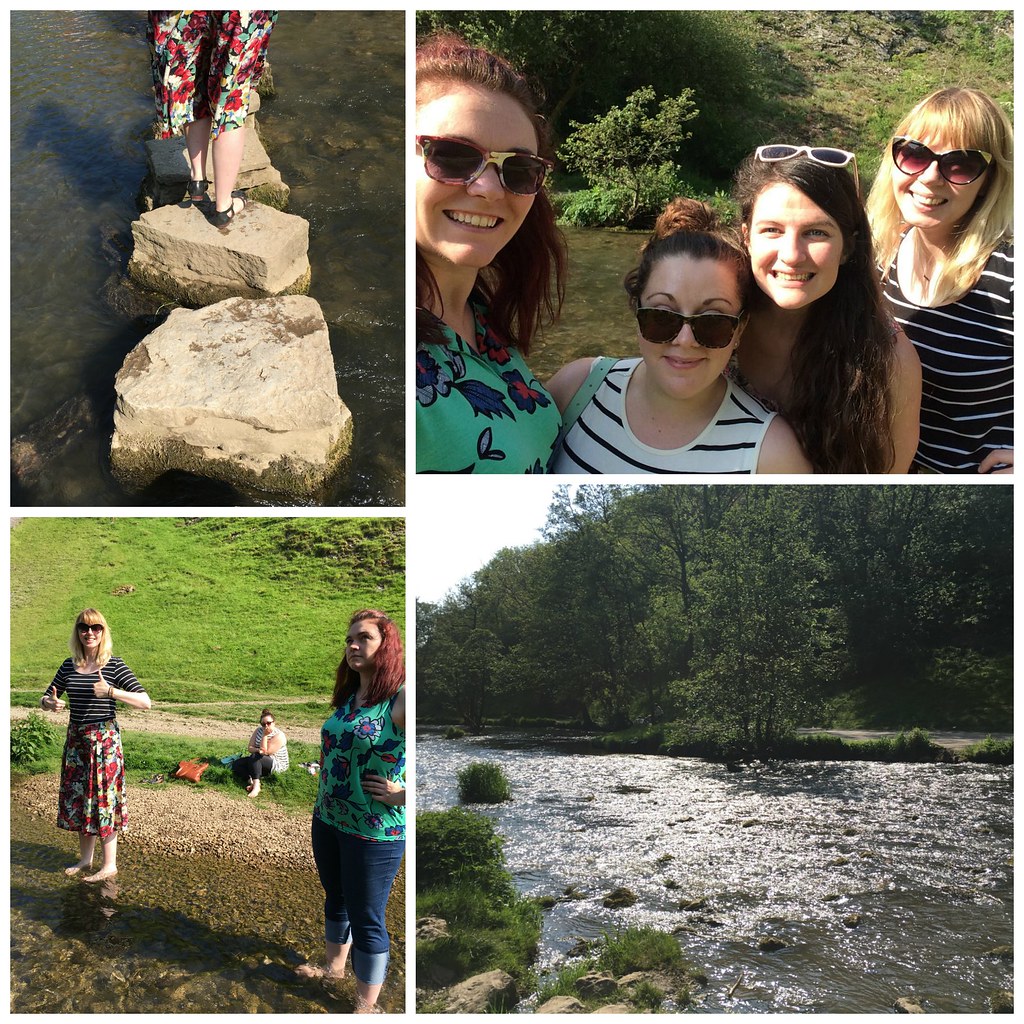 I can't remember a weekend where I've laughed so much I've cried on just so many occasions and I want to thank these three for that. Bloody love 'em.
Posted by char at 16:23