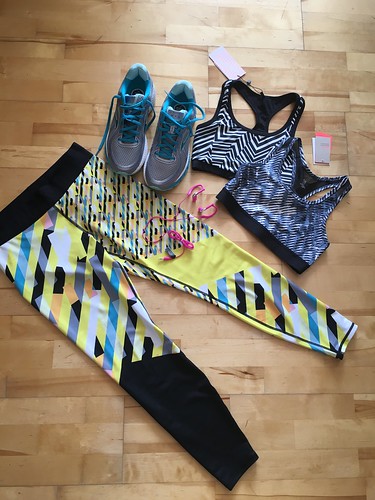 With the world currently filled with everybody in a fit of back-to-school mania, panic buying pencils and notebooks, I've done a little shopping of my own. Although I've not been having a break from the gym as such, I had a couple of weeks around America where I was away and other things have meant that either my gym training buddy has been away when I've been about, or vice versa so I've been doing different things. Sometimes that's just the way it goes and a change can be as good as a rest, or so they say...

One of the things I've been doing a lot more of in recent months is running. I'm still not a fan of it. I don't track myself, at all, and I don't feel that excited enthusiasm which a lot of people I know who run seem to get. I've been doing Parkrun locally, when I can, and it became apparent (two toenails later) that I probably needed to get some new shoes for running outdoors.

So, a couple of weekends ago, I stopped into our local Up and Running, jumped on the treadmill and was given some advice and some options for new shoes which would be better for my feet. I can't find these exact ones online, but they're Brooks shoes and I've had to get a size larger than my usual shoe size. So far, I'm finding them really great for running outdoors and am saving my old trainers for gym classes only. 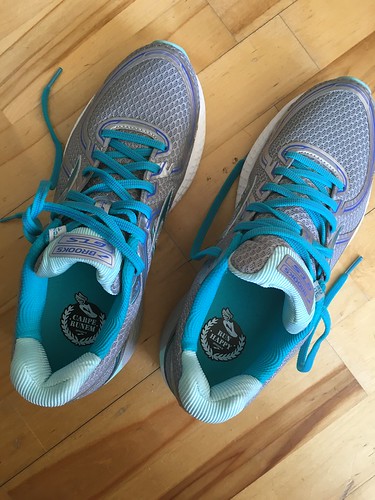 There have been a few other new additions to my gym kit bag as well, as I decided that when I was sorting through some of my existing stuff recently, that a lot of it was past it's best. I took a bag full of old gym clothes to the fabric recycling bin when I went to the supermarket last week, which left me space for some replacements.

I bought a pair of leggings (the crazy yellow print ones) from H+M and sports bras from both H+M and Primark (the same shape and style as that seems to be the most comfortable for me) and also replaced my headphones with this pair which fit around the ears, since my old ear buds were past their best and had a tendency not to stay in whilst I ran.

So, it's funny how shiny new kit has refreshed my enthusiasm for gym things.