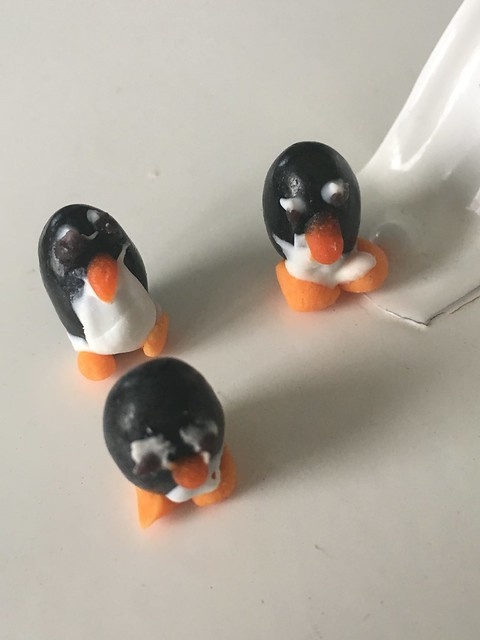 So, at the weekend my best friend had a birthday party. Her OH asked me to bake some cakes for the occasion, with the only stipulation being that they'd be penguin themed. Cue an information-gathering Pinterest search and a shortlist of ideas.

One of the cutest things I found was the idea of jellybean penguins - my friend managed to find me a bag of black jellybeans from the local sweet shop and I used white candy melts for the stomachs and eyes, writing icing for the beak and a little orange fondant icing for the feet. They're pretty small and fiddly but they're the kind of thing you can make in advance and keep without problems, so I was fairly prepared and made these a week in advance. 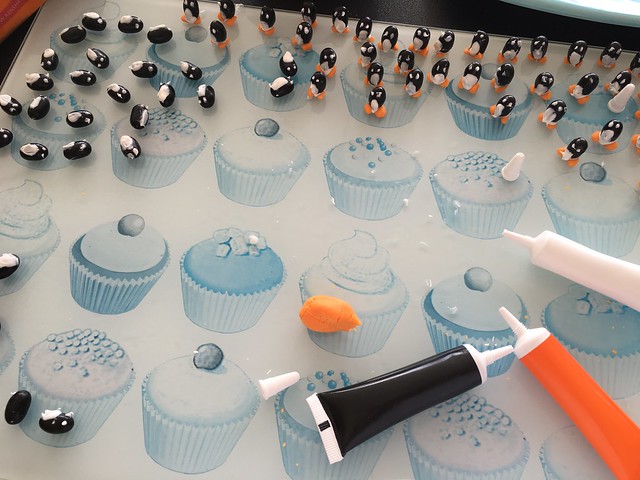 I used them to decorate a chocolate sponge, which contained chocolate buttercream and cherry jam, as I know that's what my friend prefers in cake. I'd had all these grand ideas of turning the cake into an igloo, forming icing blocks and building it around, but in the end it didn't go quite to plan.

With being so poorly last week, I still wasn't feeling great by Friday evening so a friend popped over to assist with the actual baking of the layers, which was really appreciated. I was feeling so queasy by this point that I don't think I'd have managed on my own and it left me with a lot less time than I'd hoped to decorate. So I went with a royal icing layer on the top and some penguins.

Because I wasn't quite sure on the number of guests confirmed for the party, and my constant fear of under-catering, I supplemented the cake with some cupcakes, which I topped with blue candy melts and more jellybean penguins, dragging some skating lines in the top of the covering as it set. 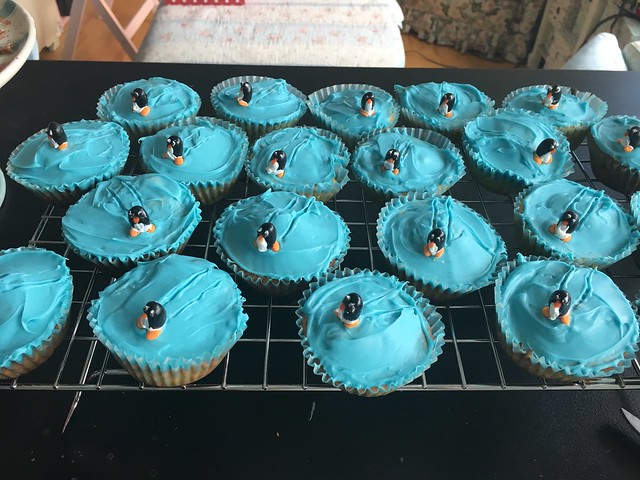 I also made my first ever cake pops, having seen some amazing ones online. I wasn't quite sure how to make them, but with an abortive layer of cake on Friday which we took out of the oven a little too soon, which ended up crumbling, I had ended up making that layer again so had some spare cake. The American recipes seem to suggest that the best way to make cake pops is to mix cake crumbs with frosting, form the spheres and then use candy melts to cover them and to attach the stick.

It seemed to work OK, and I'd make them again. I think they look like they're obviously penguins, I guess, even though I don't think that they're particularly amazingly decorated. 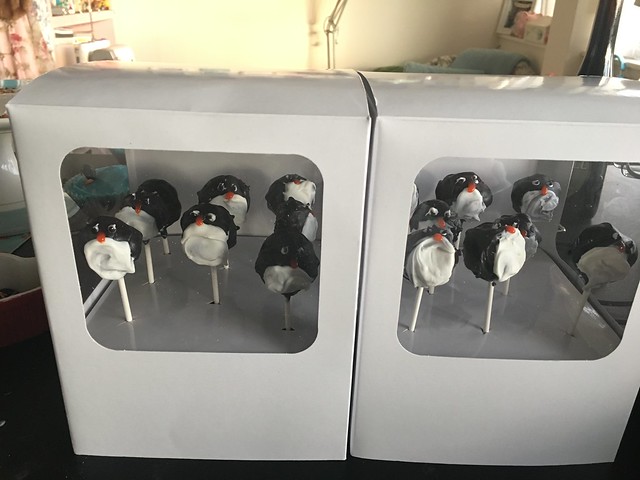 Thankfully, everyone at the party seemed to enjoy the cakes and there was plenty to go around. So much pressure, though. 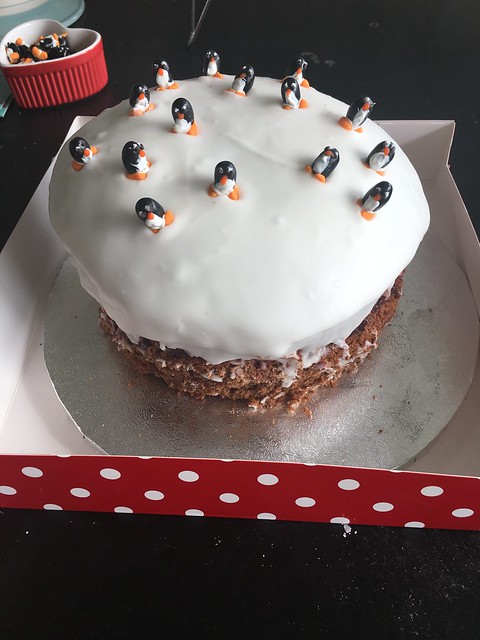