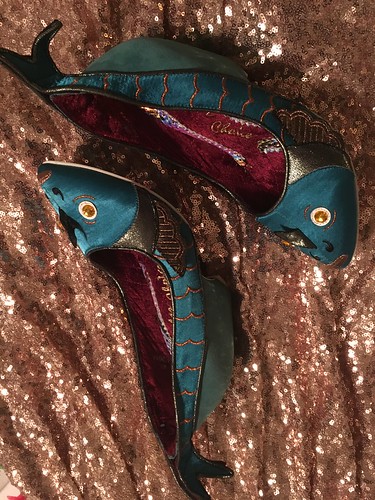 So, my Sunday Shoes posts are all about new additions to my shoe collection, old or new styles. Rather than being brand new, these are new to me, although actually when they arrived it turned out they were in pretty much brand new condition anyway, which was a pleasant surprise. 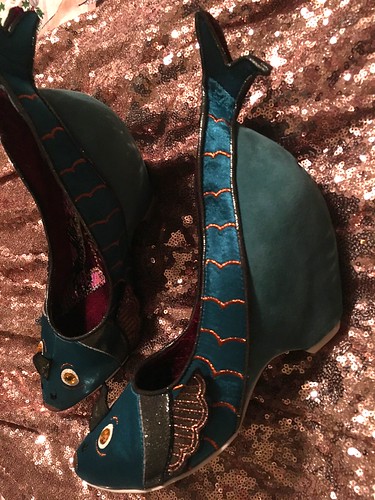 Pinky Perky is a style which was released by Irregular Choice back in 2014 and at the time, I think there were other styles which I'd prioritised. Like so many, they sold out quite quickly and I was determined to keep an eye out for them. So I was quite pleased when they made an appearance on eBay recently, and was lucky enough to remember to bid before they ended. (I'm so forgetful, I don't often remember to!) 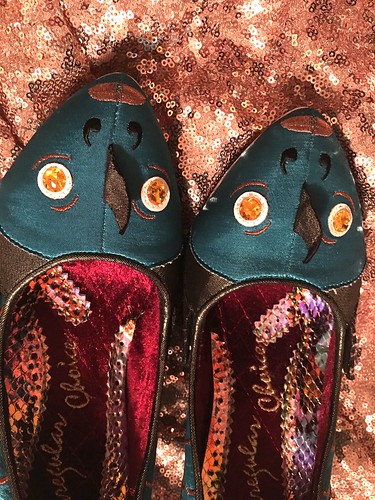 When they arrived, I liked them even more than I thought I would. The heels are a fabulous rounded shape and the shoes have gold embroidery to show the fish scales. There are fins on the backs and the sides of the shoes and as usual, there is just so much detail to catch your eye. 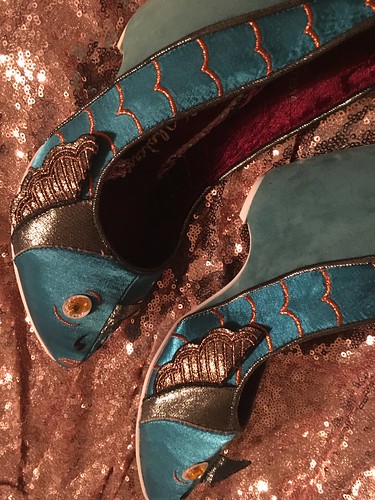