I feel as though I've been on such an online shopping spree, lately. I know I mentioned that I'd placed an order in the last Irregular Choice sale and I have to admit, there are pairs which I've still not got around to unboxing from that yet, so I'm not even allowing myself to look at their current sale.

One pair which I've worn quite a lot since their arrival is this - Magical Express. These caught my eye when they were first released, despite being not just flats, but also pointed at the front. I often try to shy away from pointed shoes as I worry they make my already long feet look even bigger and therefore more clown-like. 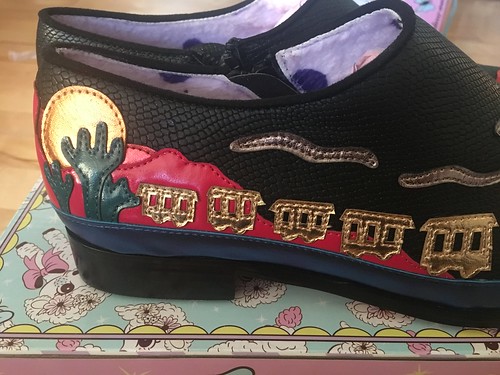 Nevertheless, something about the lovely applique train detail against the desert sunset really appealed to me - I love the way it's set on a (faux) snakeskin background for optimum cowboy vibes. I was a little torn between the gold and black colourway options but I think that the sunset and sky look better against the black. 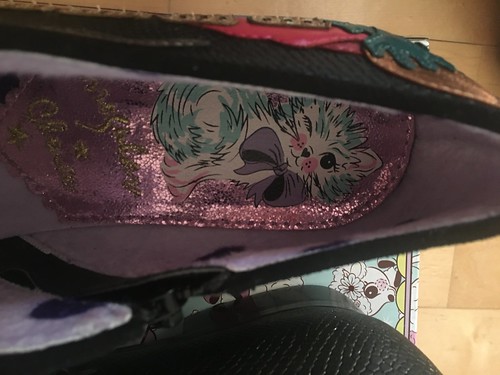 Inside, the boots have the pretty kitty which is the current theme for IC boxes and soles - I love the retro cartooniness of this design - probably one of my favourites for a while. 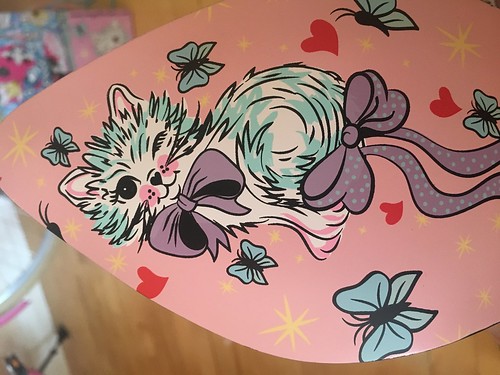 As ever, I'm always a little miffed when I actually wear a pair and the sole designs begin to rub, but on the couple of pairs I've bought second hand which have already had sole protectors added, I've found that once they begin to wear away around the edges, the shoes themselves can become pretty unstable, so I don't think I really get along with them.. 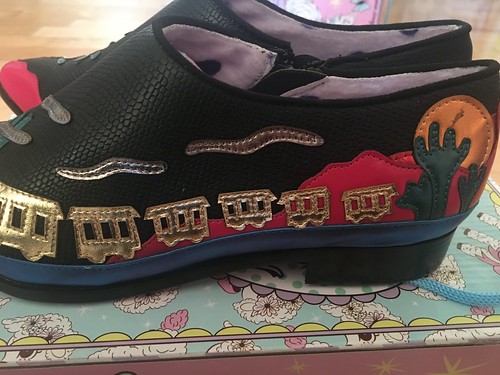 I believe that this pair is in the sale in the gold version on the Irregular Choice site, so here's the link for those as well....