Sweet seduction in the magazine.. 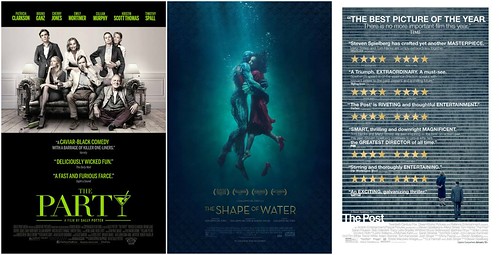 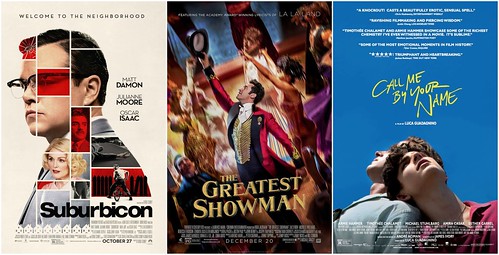 Whilst I've been cutting back hard in order to stick to my spending ban, one of my exceptions this year was always going to be film and theatre tickets. One of my Christmas presents from a friend has been annual membership to the local theatre, which also includes our lovely little indie cinema.

I absolutely love taking myself off for a solo cinema date, and have been to most of the above by myself. The benefits of a little friendly cinema like ours is that nobody seems to judge you for this, with the only downside being that screenings aren't on for long (only one screen, you see), and tickets can sell out very fast, so you need to book in advance.

Here's what I've watched so far this year:

The Party: Set in London over the course of one evening, as Janet hosts a party to celebrate her new promotion, an unlikely gathering of acquaintances reveal snippets of their history and current lives, with a fairly surprising ending. I enjoyed this, but if you're expecting action and adventure it's not for you. It has Cillian Murphy, though, in case that swings it..

The Shape of Water: Oh man, this was adorable. Winner of Best Picture at The Oscars, I couldn't wait to watch this and had high expectations, although I didn't know much about the plot before I went in. I absolutely loved the styling, of everything. Even the laboratory was portrayed with the level of whimsical aesthetic which was applied to everything else. Yes, the plot is a little predictable, but it's certainly worth watching: a love story between two unlikely romantics, peppered with old movie references and key lime pie.

The Post: I couldn't pass up a chance to watch my main man Hanks in his latest offering, could I?!I really wanted to like this, but I think I made it to about halfway through before I started checking my watch. Yes, an underdog story is great, but I guess there's not a lot you can do with something which is so well-rooted in history that you already know how things are going to turn out.

Suburbicon: Again, the styling and general 50s kitsch-ness of this film made it more enjoyable for me. I know it was horrible and full of racism and judgement, but the purpose-built town was cute af. The storyline was a little odd, but I liked the ending.

The Greatest Showman: I must admit, when I booked the tickets for this I had absolutely no idea what this was about, other than Hugh Jackman in a circus setting, which had me sold. I think this one is a movie which you have to watch with a pinch of salt, as whilst it's message seems on first look to be about inclusivity and a celebration of diversity, you'd be naive to think this was a true reflection of a 19th century man who made his name by exploiting those outside the normal constraints of society. Theatrically, I liked it and it had a certain level of whimsy and romance to keep me happy, aesthetically. I'm going to put my tin hat on here and say that whilst I enjoyed the soundtrack during the movie, none of them made enough of an impression on me to have listened to them since. (In contrast, when I watched La La Land, I wasterd little time in downloading the OST when I got home, as the music was in my head for days, and whilst my expectation was for a similar experience, this one for me, kinda fell short.)

Call Me By Your Name: Um, I'll start by saying that my thoughts on this one have definitely mellowed since I saw it. I wasn't entirely taken by it when I saw it, but the story and holiday vibe of it has kind of stuck with me and I'm looking back with more fondness than I know I felt at the time. A smorgasbord of teenage angst, childhood boredom and sexual exploration, I guess there's a nostalgic charm to this coming of age film. Plus, it was worth watching it at the cinema in order to enjoy the reaction of my fellow viewers at *that* peach scene. Also, I have a newfound love for Armie Hammer following this winning response to a criticism of the nature of this film.

Been to the movies, lately?