A walk to Ironbridge and back.. 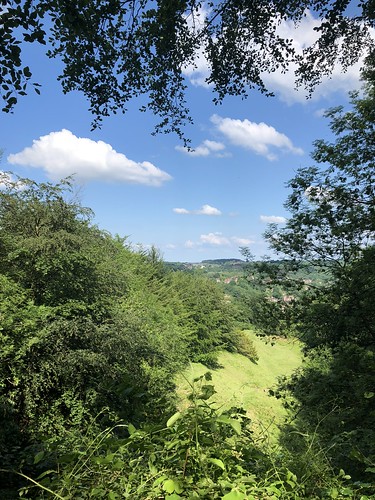 A few weeks ago, I was at a bit of a loose end for plans and one of my friends suggested that we do some local(ish) exploring. We happened upon this walk route, which takes you from Benthall Hall to Ironbridge, from the National Trust website and decided that as the weather was set to be lovely, we'd give it a try. 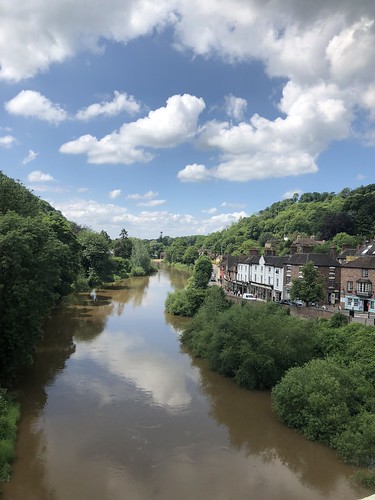 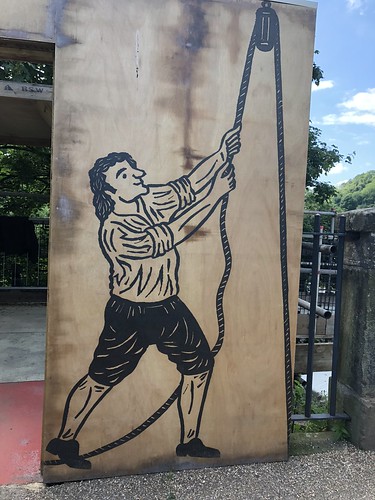 Our walk took us from National Trust property Benthall Hall, which has free car parking for members (win!) and past the power station, along the site of the old railway and through plenty of woodlands. It's a little muddy through the wood, even in the warm temperatures we were experiencing, but it's still really clear where the paths are and the instructions were super easy to follow with no risk of us going off-course or getting lost. 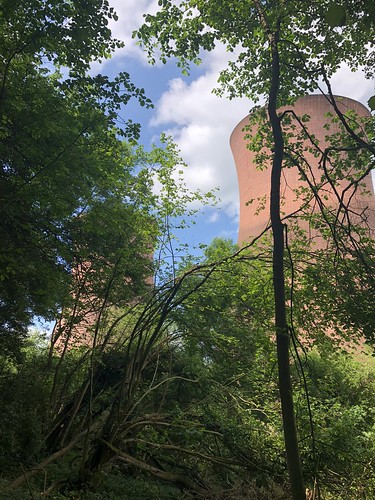 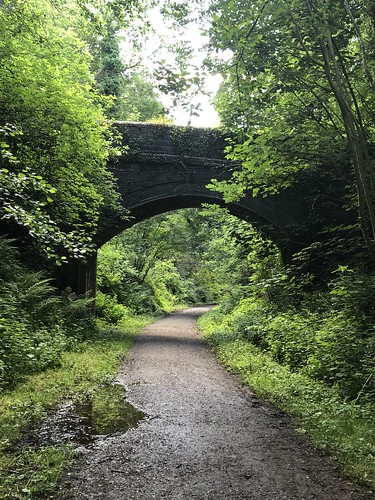 Although my grasp on geography can be a little hopeless, I was surprised at how close the walk took us to the now decommissioned Ironbridge power station. This was used to generate power for the area right up until 2015, when they reached the limit for generation (20,000 hours) and there's been local outcry about the proposed demolition of the towers themselves. As far as I know, the site has now been sold and it's likely that they will be demolished soon, which I think is a bit of a shame. 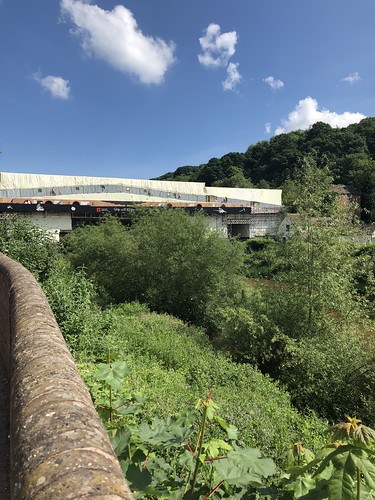 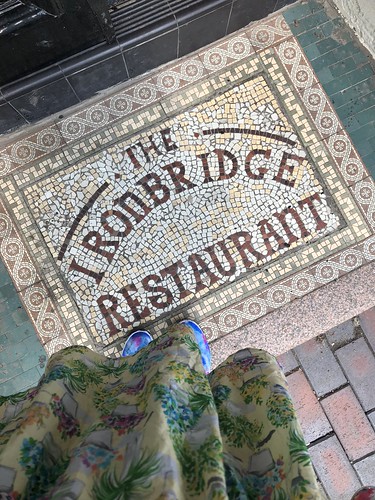 There are lots of little shops and cafes to have a look at once you get to Ironbridge. We arrived just in time for lunch and headed to this lovely cafe (called Truffles) which has a wonderfully tiled doorway and a fabulous menu. I had a piece of quiche with salad, which I promptly counteracted with the most amazing bubblegum flavoured milkshake I've ever tasted. 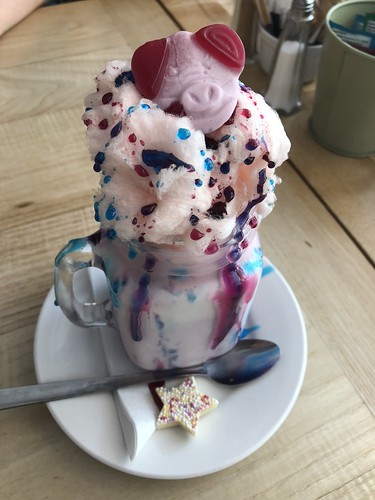 Ironbridge isn't that far away from where I live and it's really pretty, but I have to admit I don't very often visit. I'm not sure why. Famously named after it's landmark, the bridge itself is currently undergoing restoration, so it's hidden from view behind screening. Having said that, it's open to visitors (for a small fee) who can see what's happening to the bridge up close and personal. It's likely to stay like this for the rest of the year whilst it's repaired and painted. 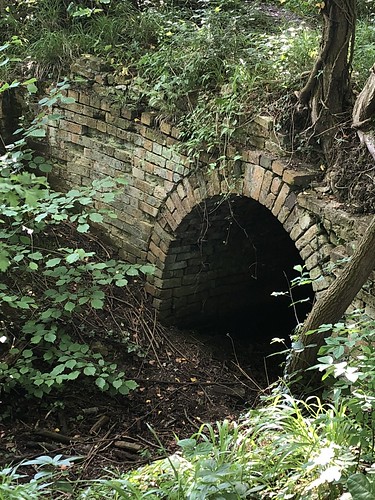 The main benefit of being in the woodland for the majority of the walk was the cover of trees and leaves from the hot sun. There were also plenty of tunnels and parts of the old railway to explore. I understand that once the power station site is demolished and houses built, that the Telford Steam Railway hope to recommission the use of the tracks to add to their network, but I'm not sure about the timescale for these plans. 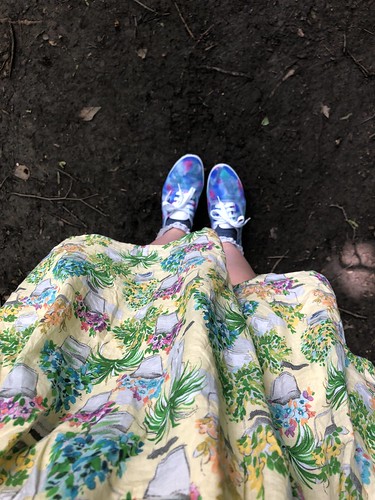 Been exploring on your "doorstep" recently?