Finally, more Paris pictures. I've been meaning to upload these for a while but other things got in the way. Honestly, an inadvertent theme of our mini-break seemed to be "looking down on the city from the tops of tall buildings". Which, when I come to think of it, is something of a common theme for me in most places I visit. I guess I like being at the top of tall things. 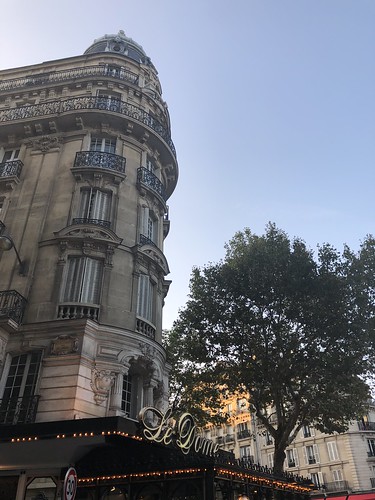 Anyhow, rather than the most obvious tall tower in Paris (we'll get to that), I'd also booked us some tickets to ascend Tour Montparnasse. A relatively normal office building, which probably wouldn't look out of place in most cities, other than Paris whose surrounding buildings seem pretty low height. You can purchase tickets to go to the 56th floor, where there is a 360 degree viewing deck from which you can look out over the city. Also, you can then climb some more stairs up to the 59th floor - the top - where there's an open-air viewing platform and a champagne bar. 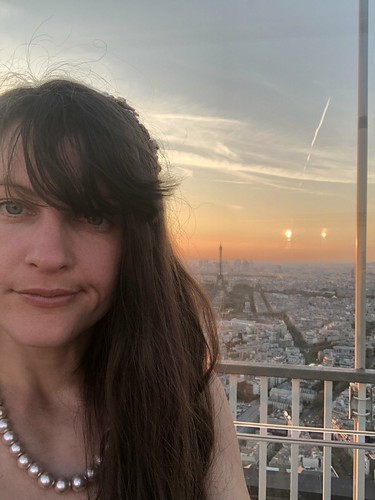 I'd bought our tickets online and went for the 48hour ones, which gives you the option to visit twice during a two day period. The tower is open until 10pm and it seemed like the perfect weather on Sunday evening to watch the sunset over the city. 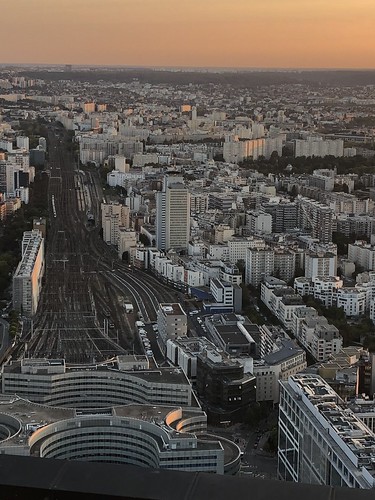 I was surprised at how quiet it was up there, to be honest (in fact, I had the same thought on Satuday when we'd been there around lunchtime and were almost the only visitors. I guess the summer holiday rush was over, but even so, when you compare to the queues at the Eiffel Tower itself, I was amazed). We decided on a spot and set up our cameras, hoping for some lovely colourful sunset shots. 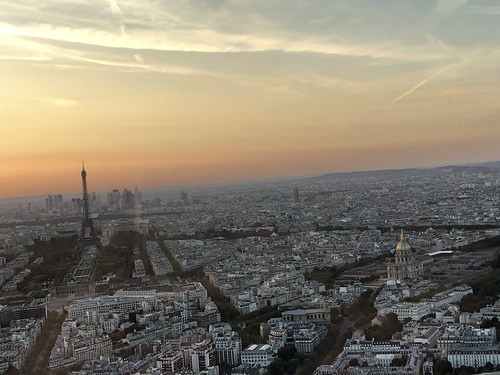 Being wildly entertained by a couple of tourists next to us who were marvelling about "how clever" the sun was to know where to come up each morning and set each evening, we watched as the sun washed the skyline with it's fading rainbow colours and the lights began to switch on across the city. It's almost impossible to catch decent photos of this, but it was a sight to behold. 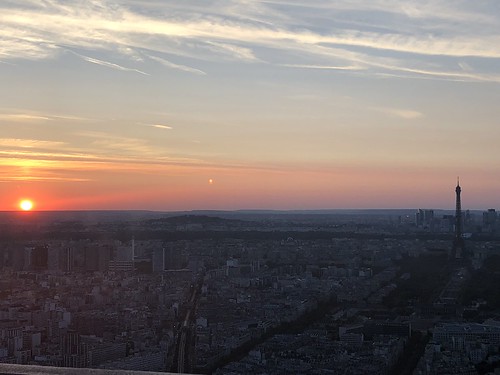