It's been a while since I've been particularly quick off the mark with sharing some photos of a new addition to my collection, but I've had a few messages already asking for more photos of them, so here we are.

So, I've mentioned a few times already this year that I feel as though the old Irregular Choice style I fell for when I first discovered the brand, is making a comeback, and I am seriously excited to see what's next. I'm also pleased that there is still plenty to keep us non-Disney fans interested. (I have to admit I'm not excited by the endless plain coloured glitter low heels, so I've been glad to see the recent new arrivals appealing more to my liking). 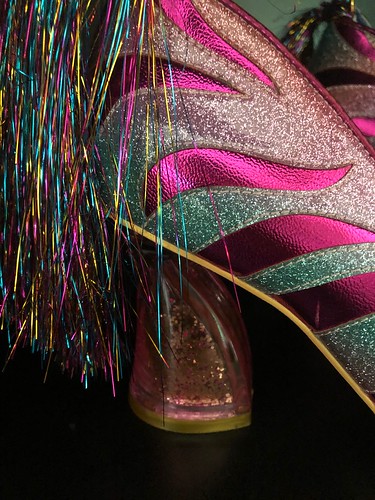 In a sneaky little mid-week release, Irregular Choice release their new "safari" collection, featuring heels, flats, bags and jewellery with a zebra theme. I'm glad that there are more and more flats being released lately, as I know that's been a common criticism over the years, but as ever, I was only interested in the Zevra heels. I was a little torn over which colourway to opt for. After some deliberation, I plumped for the pink, and I wasn't disappointed when they arrived. 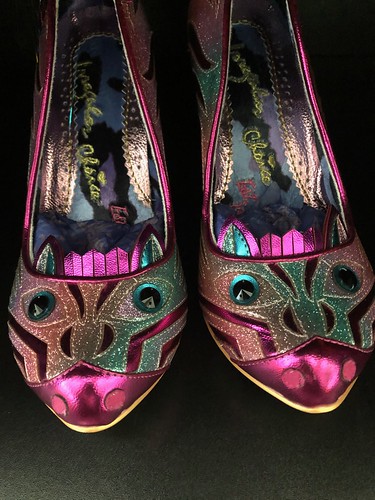 I know this is very much a zebra, but this design has some serious Audrey Loves vibes, with the shape of the face and the stripes. (Throwback post here if you can't remember that far back!) The toe shape is gently pointed, but certainly not enough to need to size up - I went with my normal size in these and they're spot on. 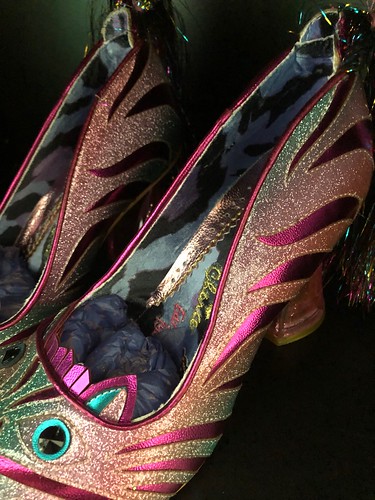 The insides are the lovely leopard print we've been seeing a lot of this season (in Tonkasaurus Rex for example) and the main section of the shoe is lovely glittery PU with cut-out detail to show the bright pink below, which gives them a lovely texture too. 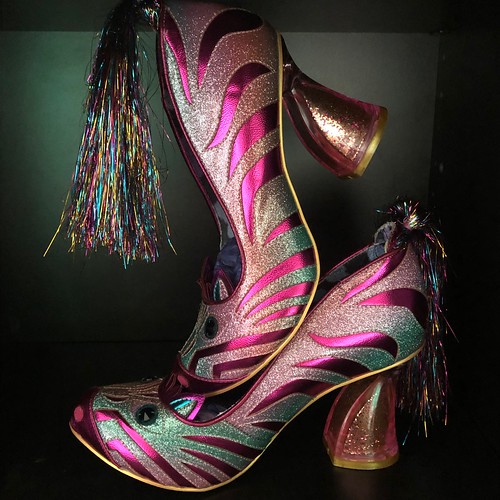 One of my favourite features of these (and several other new releases) is the glitter-bomb heel. No, it might not be the first time we've seen things embedded in the heels (hello Low Level Danger, Chestnut and A Million Dreams, to name a few) but it's the first which I can recall being full of glitter which moves around like this. The heels are made from a pink acrylic which is not only curved, but also hollow in the middle and filled with pink glitter. There's some space in there so that the little glitter particles can shake around and it definitely adds to the party feel of these shoes. They're fairly standard in height (a smidge over 8cm) which bodes well for me as there are several pairs with this heel which are on my current wishlist. 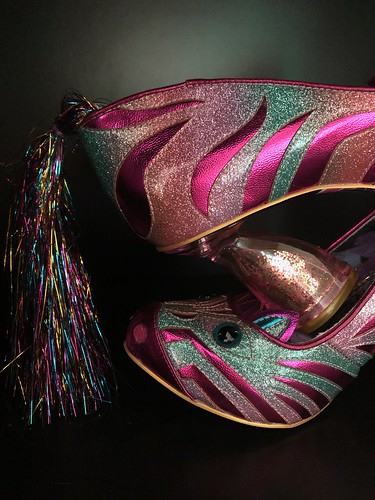 The zebra tail is made from a ponytail of multi-coloured tinsel, which swishes around with every step. I love this and think this may have been the element which convinced me to go with the multi-coloured option. Again, seriously happy party vibes with this little detail. 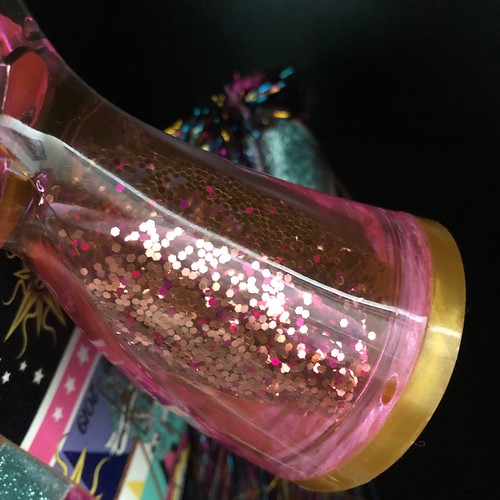 OK, so these might not be a character heel in the same way as we've seen the Family Reunion collection or last week's ducks (there's a post on those to come), but they're certainly a concept heel pair I couldn't miss out on, as I feel like IC are getting back down to business. 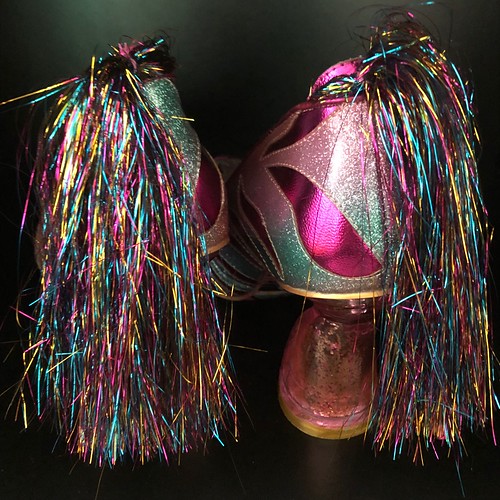 Now I just have to find an outfit to wear them with! What do you think?