well, a new weeek already, how crazy! thanks for all of your entries so far on the 'caanowrimo' giveaway, i am making a list of the suggestions and ideas to add into my novel. i'm not quite sure where it is going yet, but word count when i gave up yesterday was at 3216, so i guess i was on track (ish) then..i need to get cracking with it though, and am not sure quite when i will be able to fit it in to this week, which is already shaping up to be a busy one! thank you for all of the lovely comments also on the charity shop find of last week - another quick photo here to show the make up i added to it for my lazy attempt at dressing up for my early halloween party (one of the rangers' units i help with decided to have their party early this year in order to fit everything in to their term plan!) 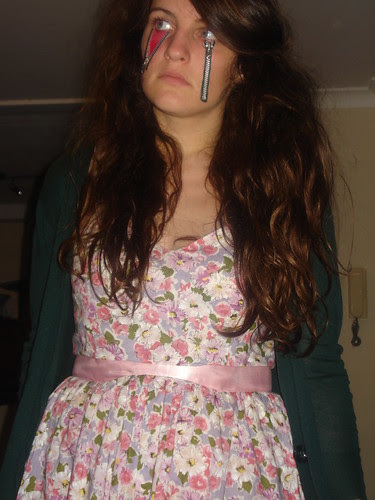 lazy because i did this last year for my costume as well..however, i do have another party scheduled for the actualy event, and plan to make more of an effort with that costume choice..the zip make up went down quite well, although i have to admit i had forgotten that i was meeting a friend for a drink after the party, and had to go to a bar with her looking like this as it wouldn't come off with just make up wipes..the bar man thought it was hilarious though, so never mind.. 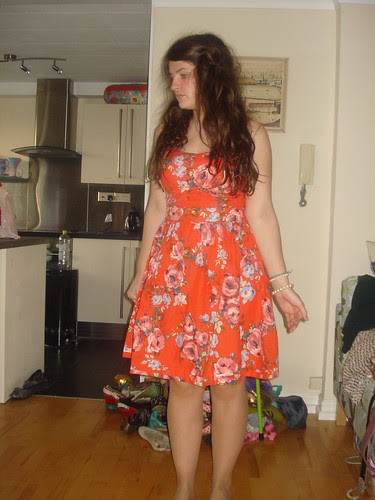 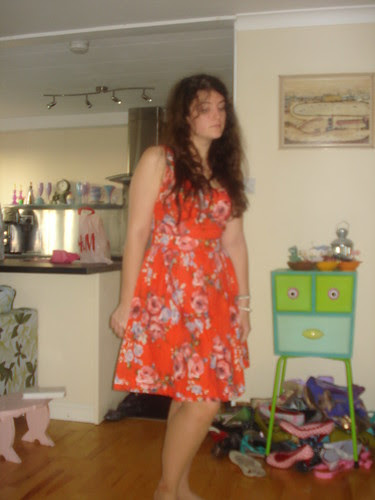 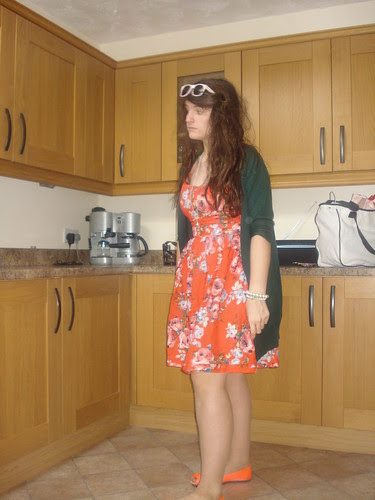 and the only outfit photos i managed this weekend, taken saturday morning at my flat, and then saturday late afternoon when i got to the house, having had a full and busy day of many stops - i had to pick up something won from ebay from near to cheshire oaks on saturday morning - fate, i think, telling me to go and buy the lovely cord shorts from the next clearance shop which i saw when i was there a few weekends ago! so i went and picked them up, and then stopped at abakhan on my way to bangor, dropped my sister's bday presents off to her at her uni house, and then spent the rest of the weekend in north wales, where i was sorely disappointed by the dull and dreary weather - so much for heatwave! my outfit post - i finally managed to stalk this oasis dress long enough that it was reduced to £20 on the website, which i thought was a bargian..after a hellish ordering process, and some awful customer service from oasis, they finally managed to correct the glitch and it arrived on friday, and i figured that the colour would be perfect for a day of sun, teamed with these equally bright pumps from h&m..for the cooler moments (bombing down the motorway with the roof down can get a bit chilly!) i added my trusty new look bottle green cardigan, whose cost-per-wear must be nigh on 1p!
Posted by char at 12:24