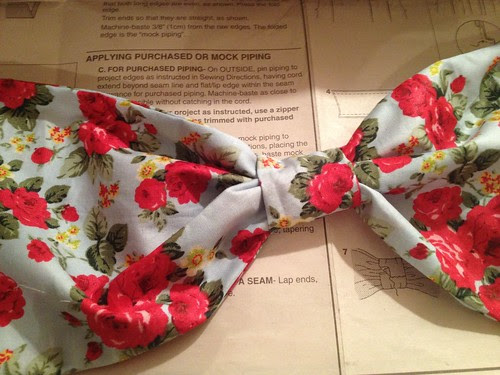 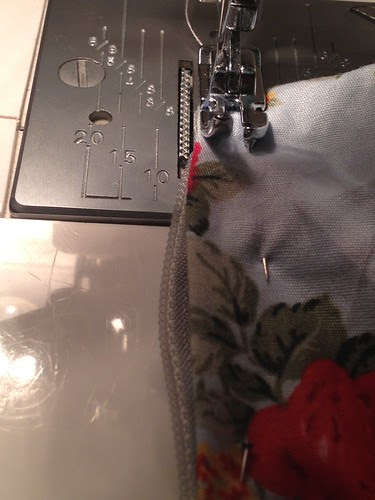 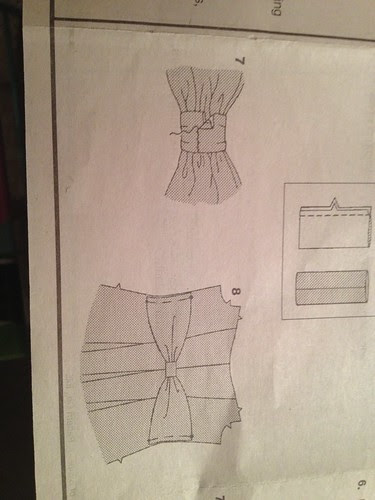 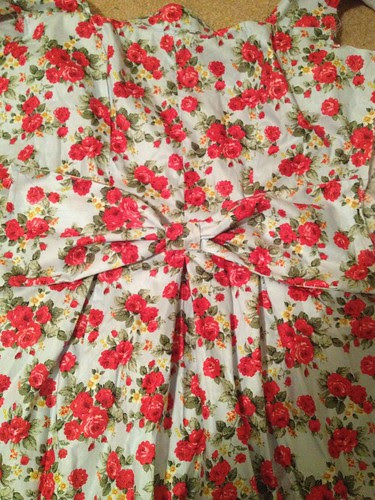 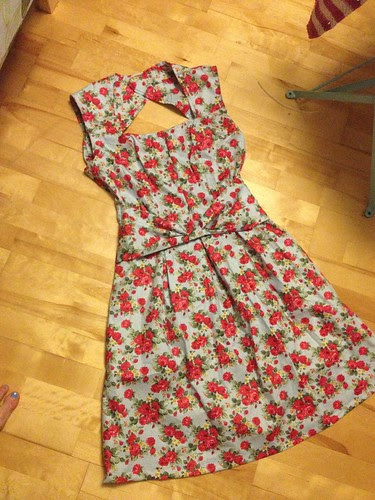 I'm very much falling behind on the challenge I set myself to make one item per month in 2013. But, every now and then, I'm managing to find a little time to do some stitching. This is my latest creation. I don't really remember picking up the pattern - Simplicity 2248 - but I suspect it came from a trip to Abakhan, as so many of my pattern collection have. The fabric was a purchase from the sale in my local fabric shop, which has since closed down to focus on selling online.

I think I started cutting out the pieces at the start of August, but I know that I ran into a slight issue and left them half cut for a little while. I'd originally planned to make the version with the wrap-over front section, but those pieces are long and I didn't have enough fabric left to cut them out, hence the decision to make the bow instead.

As with all of the Project Runway/Simplicity patterns I've tried, the construction of the dress was pretty straightforward and the instructions nice and simple. The bodice and pockets and side seams were constructed in much the same way as one of my favourite patterns, 2444, which I've made on numerous occasions now, so I didn't really have any problems there.

I'd not made "mock piping" before, so that was something new. It's used for the edging of the sleeves and yoke of the dress and I realised once I started attaching it that on this dress, it probably would have looked much more effective if I'd cut it out of a plain red cotton, to finish the edges off. That's something I'd probably bear in mind for future makes, depending on the fabric / print I was using.

I really like the way the bow sits over the pleats at the waistline, and when I wear the dress it's nicely cinched in by the bow. which looks good. I need to do some little alterations to the top of the bodice as it's a bit big for me, but other than that I liked how it turned out and I'd make it again without any hesitation. I just need to practice my zip stitching, as it's not turned out very neatly.

Although I didn't finish until September, I suppose this one should be my August make, and I'll have to ignore the fact that I didn't make anything in July. And maybe June. I have started on the next make already - well, the pattern cutting. I'm going to try out the Tania culottes, so let's hope I can get those done this month.
Posted by char at 09:30