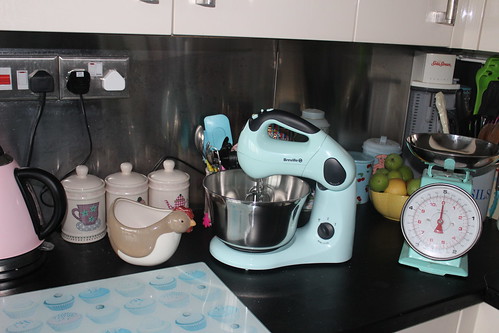 I've not done a baking post in a little while - frankly I've not done any baking in a while - but last week, I impulse-bought this cute pistachio stand / hand mixer from Tesco. It's this one (Breville VFP061) and was on the clearance shelf. I've been trying to decide whether I need a KitchenAid mixer, and looking at alternatives lately, so when I saw this, which looks as cute but was a fraction of the cost, I decided to go for it to see just how essential an item it is in my kitchen. 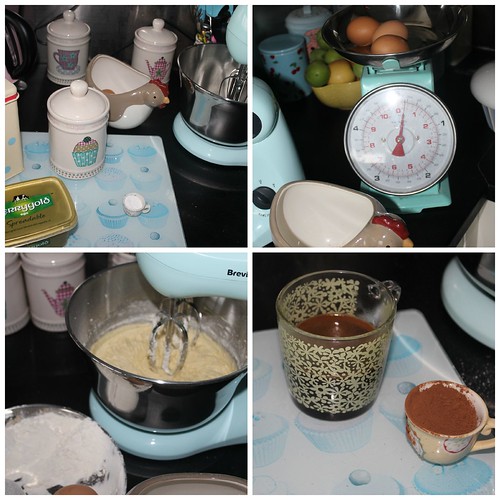 Kerrygold got in contact recently to ask me to share a favourite recipe using their butter and an upcoming birthday gave me the perfect opportunity to bake a cake - just a basic mocha sponge. I use this recipe as my starting point for most cakes, or fairy cakes as it works really well. Here's what to do: 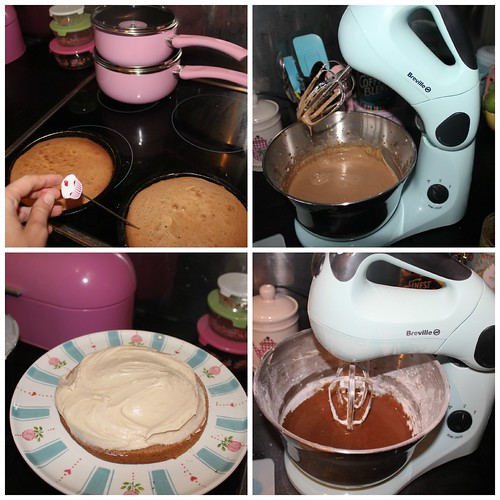 So, once you've taken it out of the oven, what next? Well, I removed my cakes from the tins and left them to cool whilst I rinsed the mixer bowl and replaced it onto the stand to whizz up some mocha buttercream.

This is where it gets a little less technical. I added some butter, shook in some icing sugar and added some more of my cocoa and coffee and whizzed it together until it was a consistency I was happy with. When the cakes had cooled enough I spread it onto one half of the cake and sandwiched with the other.

Next, I added the rest of my coffee and cocoa mix to some icing sugar and mixed that up too, before topping the cake with it. All done! 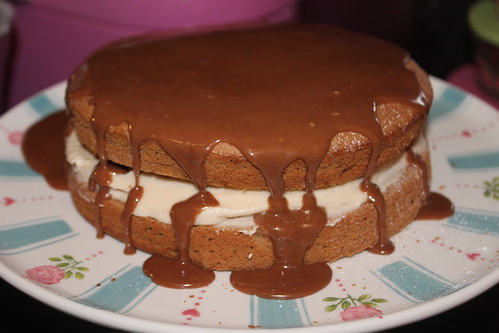 So, how did the mixer fare? Well, I'd definitely recommend the Breville VFP061 if you want a nice and easy stand mixer. The bowl clicks in to the base and has a two-speed spin function. Then, once you've clicked the hand mixer into the stand, it has eight speeds to choose from, and an extra "Boost" button which gives you a quick pulse of speed. It didn't seem that noisy, although I noticed that the motor does seem to heat up a little when it's been used to mix.

I found that it was easy to mix up my cake and buttercream with this mixer, but that for the icing, where I didn't have very much of the ingredients to mix, I had to sort of help it along a bit with a wooden spoon, as the beaters don't quite reach the bottom of the bowl, so there was a layer of icing sugar on the bottom which wasn't getting mixed in. I've not used a stand mixer before so no idea if this is a common problem.

I really like the simplicity of this machine - buttons to release the beaters, to tilt the stand and a big button to release the mixer from the stand, so that it can be used as a hand-held mixer (which I've not yet tried). Everything is labelled and it all clicks together really easily. It all seems sturdy and is easy to clean.

Altogether I'd definitely recommend it and I can see myself getting a lot of use from this.
(Disclaimer: I was sent the butter to use in a recipe. I bought the mixer myself and did not receive any compensation for this post).
Posted by char at 00:00