I think this is one of my favourite outfits for a while. I mean, it's a dress and a pair of shoes, so hardly an outfit. But I'm pretty pleased with it.

I was a little worried about making this dress. Because, y'know, I could have just bought the Townhouse print dress from Cath Kidston and know that it would fit, the same as all of my other ones. Instead, I decided that I'd like something a little different, so I waited until the fabric was released and then waited some more until I could get to a store. 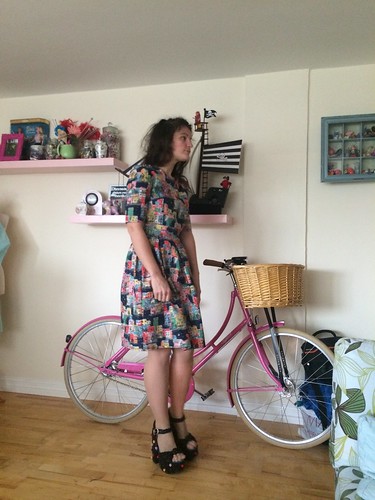 I decided I wanted longer sleeves, as well as that I would go with the Mortmain pattern. This was mostly down to the fact that the fabric is a lot thicker than the cotton on the original dress (it's furnishing fabric) and it wouldn't gather in the same way as regular cotton. I followed the Mortmain pattern to the letter, until it came to the sleeves, which I didn't put cuffs or buttons on because I don't really like them.

The fabric was a lot better to work with than expected (I have used CK cotton duck in the past but it was a while ago and I couldn't remember how well or otherwise it worked). A couple of tips if you're thinking of doing the same - being furnishing fabric it's wider than regular dress bolts, so you may need a little less than you'd usually buy, but if you're buying online, you can only by per metre on the website. That's why I waited until I was passing a store to pick up 1.5m, which was still quite a lot more than I needed.

And, most importantly, I was really glad when I'd finished making the dress that I'd chosen to do that rather than buy the website version. 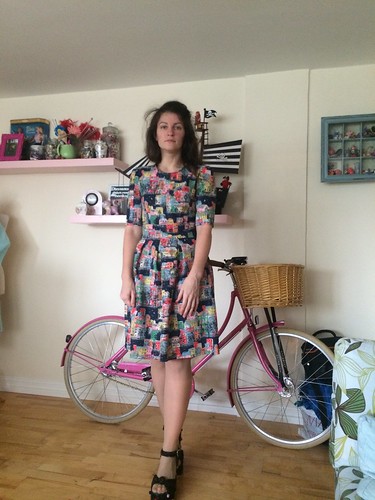 These shoes are a fairly recent addition to my IC collection and were one of those pairs from their AW13 collection which I'd never really expected to buy. However, I was waiting for another eBay auction to end, for a pair of Antonella sandals, and was having a cursory flick through the seller's other items, and it turned out she was also selling these, in the same size. I won them both for the starting bid price and like these a LOT more in person that I'd thought I would. Also, both pairs turned up in absolutely brand new condition, which I'd not been expecting, so I was even more pleased!

And I figured that they went rather well with the colours in the dress. I also felt really tall in them all day, which was cool. 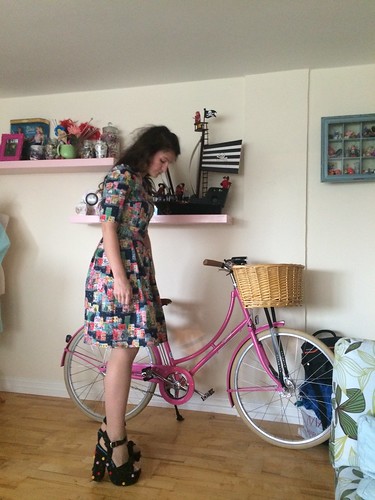 Would you make your own version of a dress you liked? Or would you just buy the original?
Posted by char at 09:46