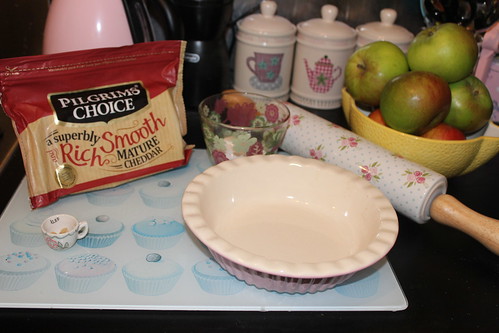 Apple pie is one of those dishes which makes me think of Autumn, just like flapjacks and toffee apples. Anyone else the same? One thing which had never occurred to me before, though, was to use cheese in an apple pie. But when Pilgrims Choice challenged me to give it a go, I thought why not? I love a good challenge! 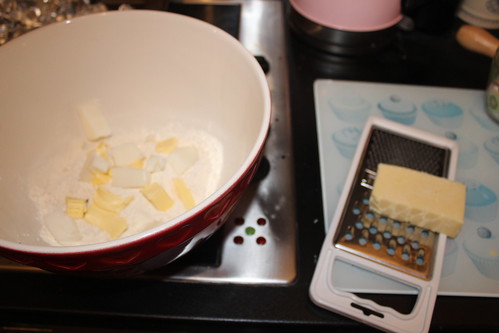 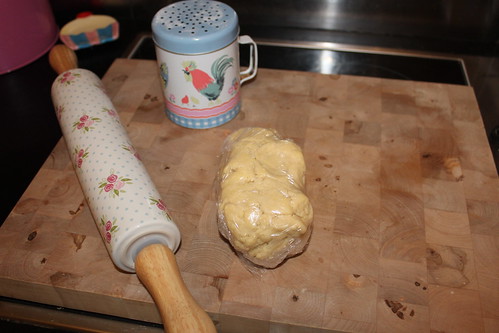 I preheated the oven to 220C and rubbed the butter and lard into the flour, then added the cheese and water until I was happy with the consistency. I put the pastry into the fridge for 30mins whilst I prepared the apples. 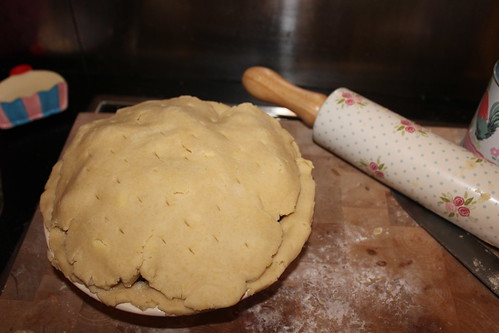 Once half an hour was up, I rolled out the pastry to fill my pie dish, stacked the apple slices in and sprinkled them with the sugar and cinammon. I rolled out a rather messy looking lid for the pie, pinched the edges together and made some slits in the top to allow the steam out when cooking. 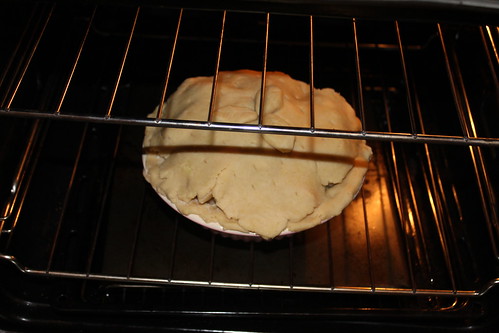 It goes in the oven for 10mins at 220C, then you turn the temperature down to 190C and continue to cook. I covered mine with foil at this point. The recipe said to cook for a further 30 mins but I brought my pie out after 20 as I thought it would be too brown otherwise. 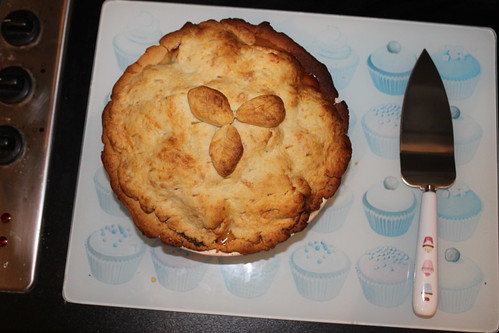 And here it is. A little brown around the edges, but it went down well with the friends who'd come round for tea. (Well, for apple pie).

To be honest, when I tried it I wasn't sure as first whether I liked the cheddar flavour - it's pretty strong so you can definitely taste the cheese in the pastry. But by the end of my serving I was sold. The cheese seems to give the pie a kick of flavour which counteracts the sweetness of the apple.

I'd love to know if you give this a try, and to know what your favourite Autumn dish is?