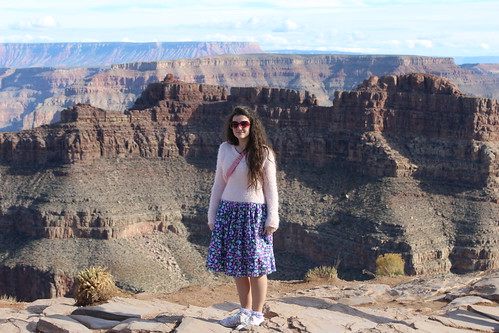 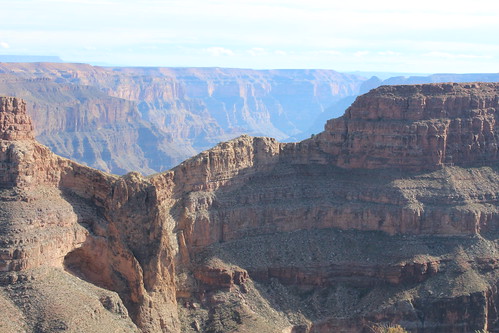 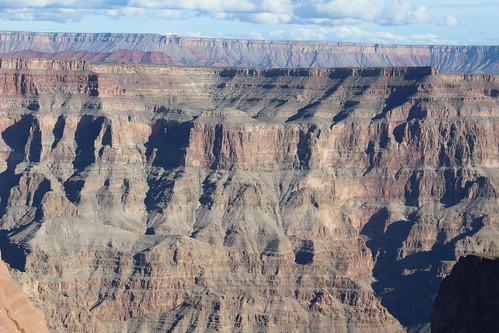 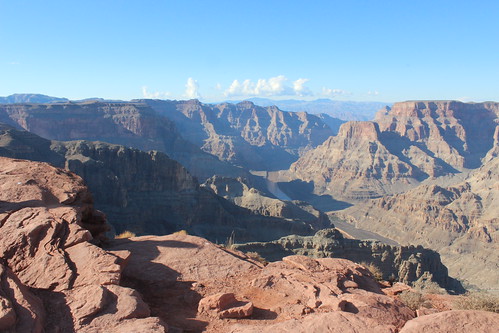 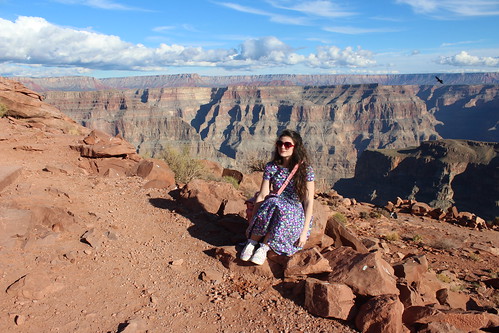 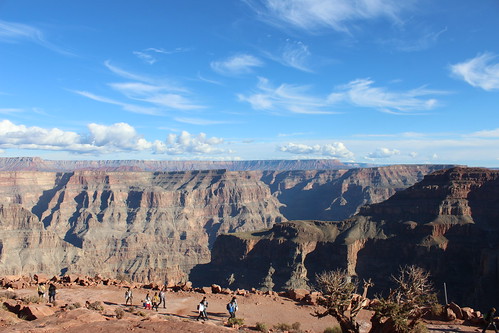 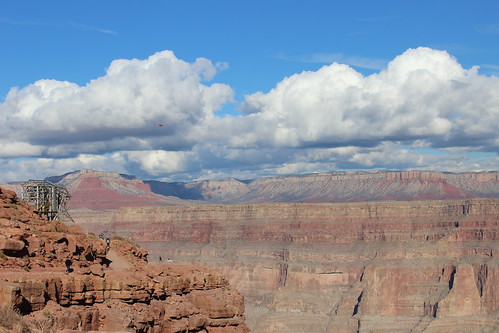 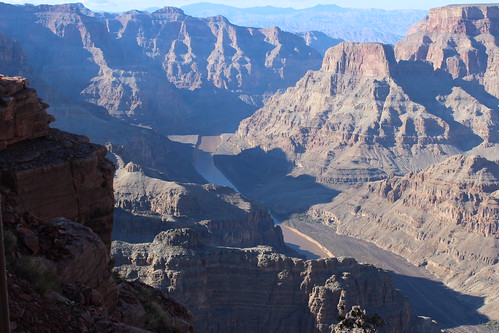 Misleading title alert: to go to the Grand Canyon I actually had to drive to the next state, so it's hardly anything to do with Las Vegas, other than being one of the best things I did during my trip there.

I just don't even know where to start with things like trying to explain the size of the canyon itself. Factswise, it's 277 miles long, and reaches 18 miles across. Driving there, I bought tickets at the visitor centre for the shuttle bus tour and the Skywalk. The buses run between the various viewing platforms and you can get on / off at any of them, as many times as you like and stay for as long as you liked. Definitely worth it for the photo opportunities at each one.

Luckily, deciding to go to the Canyon at the weekend meant that the foggy weather Las Vegas had been experiencing when I first arrived had moved on. According to some of the tour guides, a few days earlier visitors hadn't been able to see anything - even from the Skywalk, and the helicopter tours had been grounded. They were certainly making up for it on the Saturday I was there.

The Skywalk itself was quite awesome. A perspex balcony, I suppose. NO cameras, bags or personal belongings were allowed out onto it, but it was pretty awesome. You step out onto the platform and can see right through it; down to the bottom of the canyon, which is a mile deep in places.

I don't even think the photos go anywhere near to showing the size; it was frankly overwhelming and absolutely awesome. Something I'm so glad to have seen.
Posted by char at 07:00