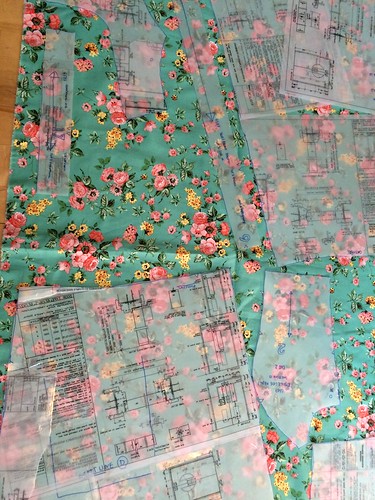 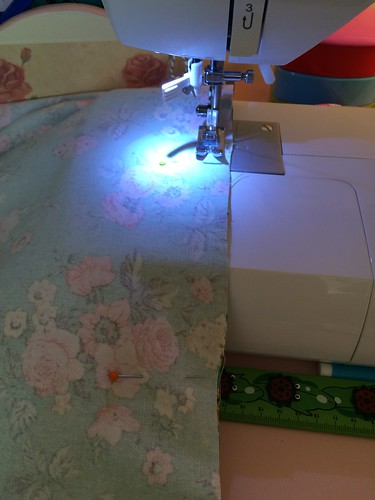 Lately I've seen a number of cute shirt dresses being made across the blogging and sewing community, Roisin's being a particular favourite. When I later saw and completely fell in love the Voodoo Vixen Tilly dress, I realised that I had some similar fabric and that I could probably have a go at making my own version. 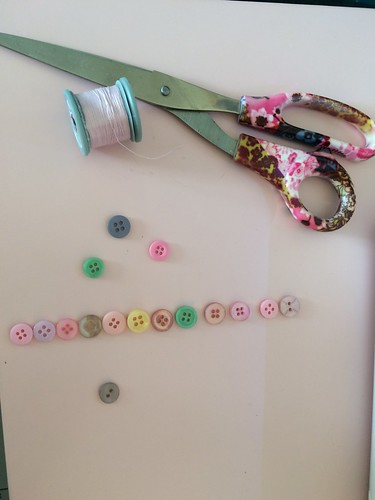 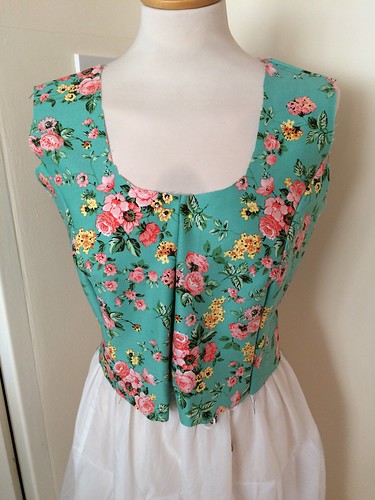 Cue the Simplicity 6587, which gives plenty of options in terms of collars, sleeves, waist ties etc. I had planned to make the collared, sleeveless view (B), but didn't quite have enough fabric, so something had to give. I guess that is the problem with buying your fabric first and deciding on a project later. I had plenty to cut out the sleeveless view, though.

Following the instructions was simple enough - I don't think I've ever tried a Simplicity pattern not to be straightforward, so that didn't really come as a surprise. the dress came together quickly and easily and in a couple of hours.

Next up, I had to decide on buttons. I used the buttonhole guide to establish placement, but having now tried the finished dress on, I think I'm going to add another one, right at the top of the neckline, to avoid gaping. 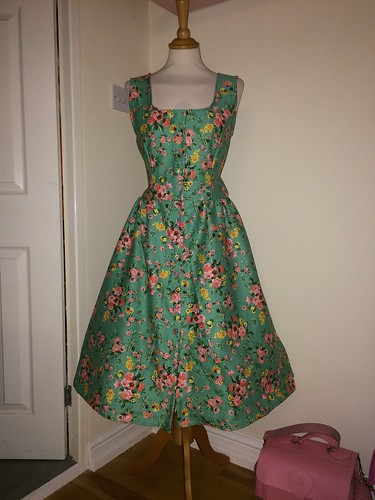 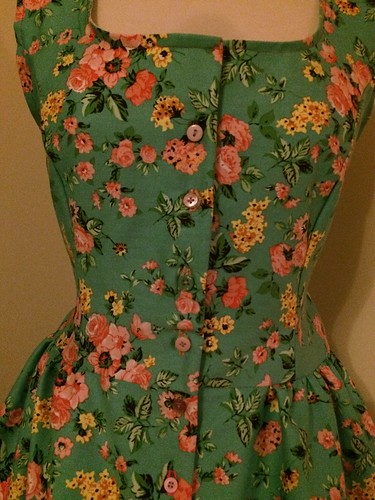 I was kindly sent this pattern to review, but would have said the same things about it if I hadn't been. I wouldn't hesitate to recommend it, but as with all of the Simplicity patterns I've made, I'd suggest sizing down as their sizing comes up quite large.
Posted by char at 17:28