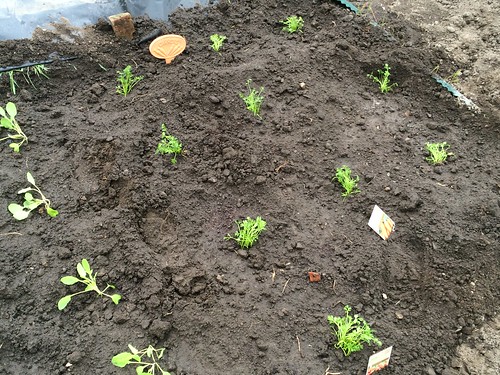 For the past few years I've been the proud (if somewhat overwhelmed) owner of an allotment close to my home. It's been something of a learning curve, but last year I managed to successfully grow a range of vegetables and it's a pretty good feeling to be eating something you've grown yourself.

One thing which I think would make my allotment life better would be a greenhouse, but that's a fairly big project and lately there have been other things which have had to take priority. So, for the seeds which can't be grown so easily directly sown into the ground, I tend to utilise my windowsills at home, grow the seedlings in the warmth and then transport them to the plot when they're a little bigger. 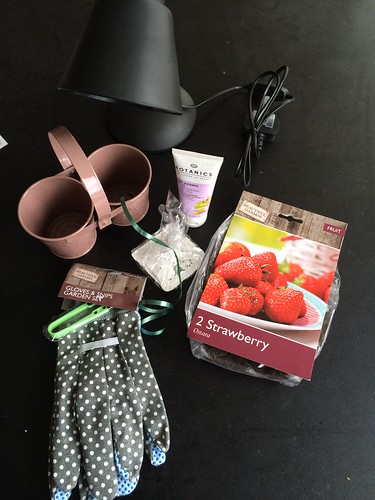 The only problem with this is that I don't often receive a lot of direct sunlight - my windows don't seem to face the right way for that. Luckily, Lightbulbs Direct had a solution for me. They sent me a gardening parcel with one of their LED lamps to try out. They have a little #BulbsforBulbs competition running, too, where you have to submit a photo of your indoor garden in order to be in with a chance of winning a hamper.

I've put it on a timer switch, so that the strawberry plants and the chive seeds they sent me will receive light for about 10hrs per day, as they would if they were outside (but a little warmer). They've been planted for a little while now, but I've not seen any signs of life. I have high hopes, though. How fab it will be to eat strawberries which I've grown myself! 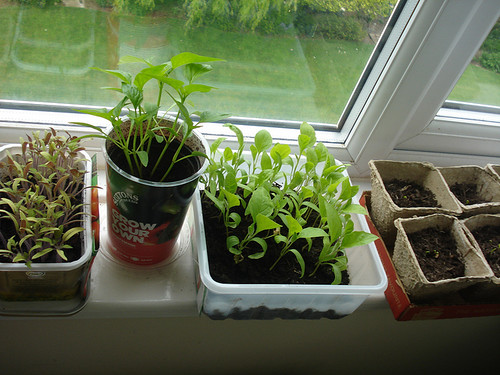 Here are the other bits I'm currently growing on the windowsill, all of which will be off to the plot when they're big enough.

Are you growing anything this year?