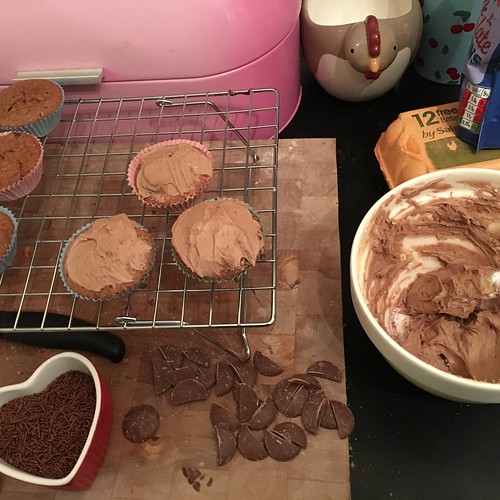 The other week I knew I was off to deliver a birthday present to one of my favourite small people who was going to turn seven that weekend. I decided at some point that I'd manage to get chance to bake something to go with her present, and as she's told me countless times that her favourite animals are monkeys, monkey cupcakes seemed as good a choice as any. 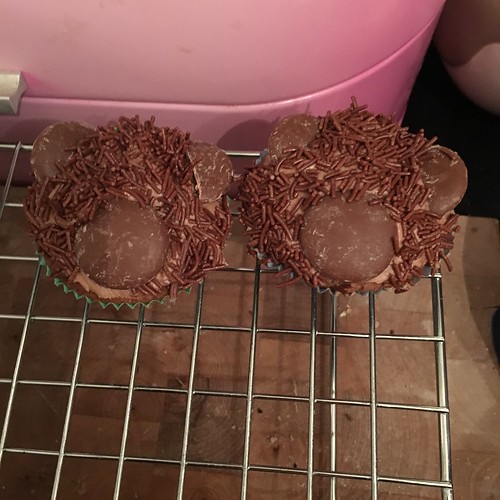 I'd seen a picture online, which is how most of my baking ideas come about, so armed with a tube of chocolate sprinkles and a couple of bags of chocolate buttons, I set about turning some regular chocolate cupcakes (I always use the same base recipe for sponge cake / cupcakes. I start by weighing 3 eggs, use that weight for flour, butter and sugar and add a splash of milk, baking powder and either a tsp of vanilla essence or in this case, a couple of tablespoons of cocoa powder.) 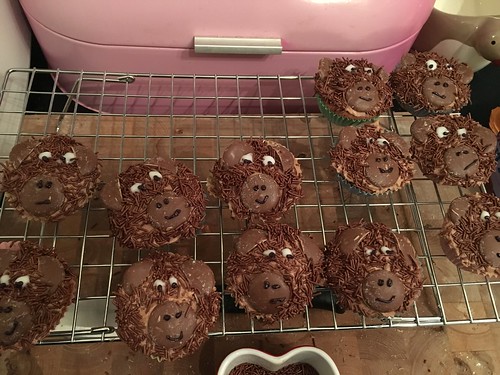 Once the cakes were cool, I iced them with some chocolate butter icing, adding a chocolate button for the mouth and two halves for the ears to each cake, then dipped each one in sprinkles. The whites of the eyes were made with blobs of regular icing, and I then used one of those icing pens in black to add detail to the eyes and the nostrils / mouths.

Although I wasn't quite convinced that they were obviously monkeys, their recipient seemed to instantly know what they were, which was all that really mattered.