A bit of a blast from the past with this week's post. I posted a photo of my shoe shelves over on Instagram recently and lots of people wanted to know about the tigers, so here they are..! 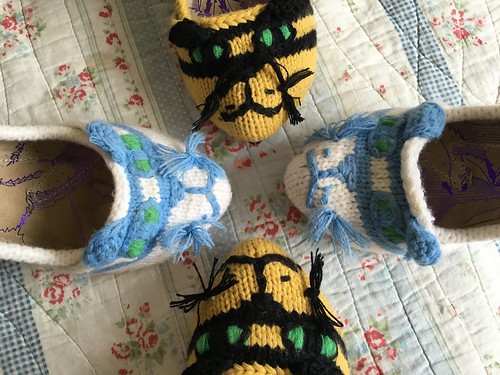 These tigers are called Audrey Loves, and although they were re-released more recently, mine were from the first release. They feature leopard print soles and the purple metallic floral print to the insides, which seemed to be fairly common on a lot of styles about seven or eight years ago. 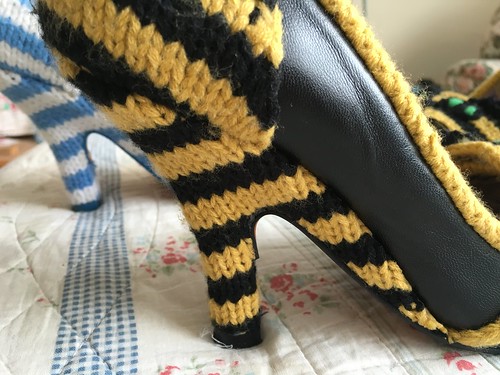 The yellow and black tigers were my first pair, and had been one of the pairs I'd completely fallen for after Google searching the brand when I first became aware of them. At that time, they'd sold out and didn't seem to be available anywhere, so were one of those pairs which I hoped I'd manage to track down one day. I received them as an amazing present and have always sort of kept them for best -they're my favourite pair of shoes, by miles. 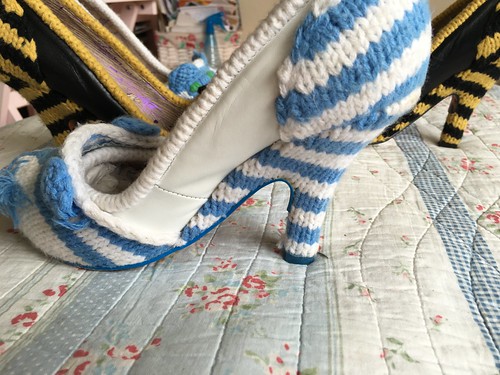 The blue pair were a chance find on eBay a few years later and I think they were won for around £30 which I was pleased with as they were in brand new condition. I've worn these a little more, but still not very often. With the knitted uppers, I prefer to make sure it's a dry day before I leave the house in them.