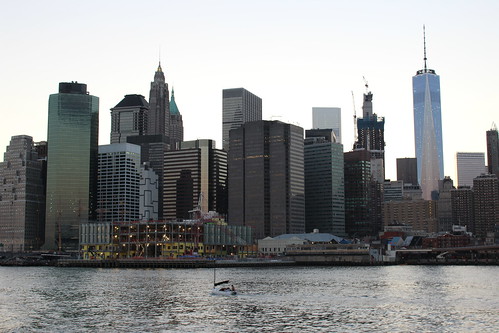 One of our evenings in New York was spent on a 90-minute twilight boat cruise to see the skyline as the sun went down. We had a 48-hour tour bus ticket, which covered us for the hop-on tour buses around the city and were told that this cruise would also be included in our tickets. 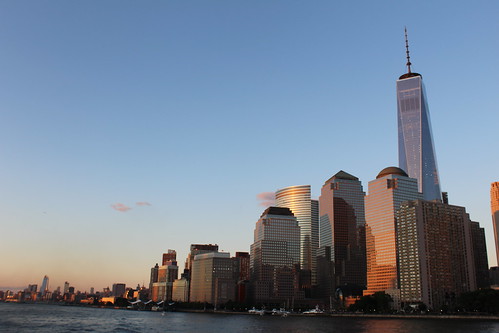 In fact, when we got to the ticket office at the ferry pier, we were told it wasn't, but having walked to the end of the island (literally!) in the blistering heat, we weren't prepared to miss the opportunity and paid ten dollars each to upgrade our tickets. 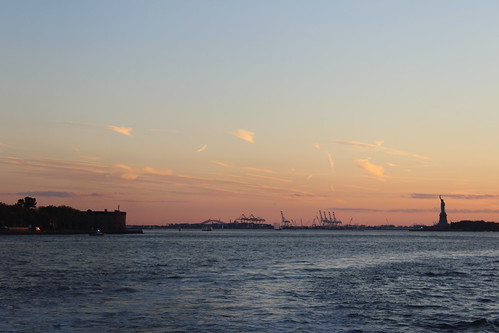 Being there about an hour before the ferry began to board was a grand idea as it meant we were at the front of the queue, but actually that didn't really help us, as there are more people than seats and whilst we got on and sat on the top deck, people continued to fill up the edges of the deck, making it impossible to see anything from our seats, which was a little annoying. 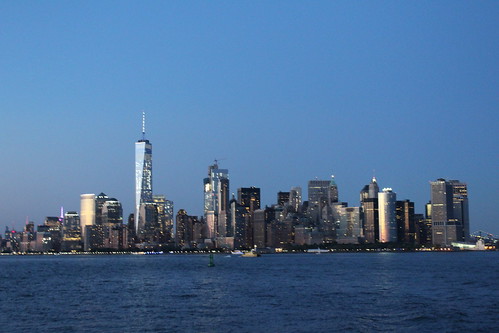 We managed to wait for a space and I proceeded to take about eleventy billion photos of the skyline in the gradually fading light. 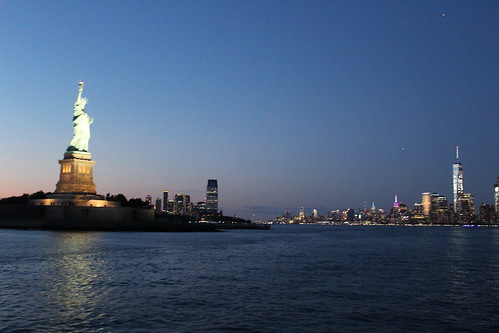 The tour lasted about 90 minutes and we were given plenty of information about the things we were passing. It went down from Pier 78 and along Lower Manhatten past the Brooklyn Bridge, and then did a lap of Liberty Island as the light was fading so that we could get some lovely photos of the Statue. 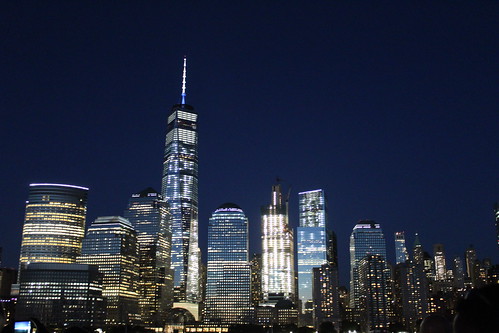 This cruise was a great way to spend one of our New York evenings!
Posted by char at 07:30