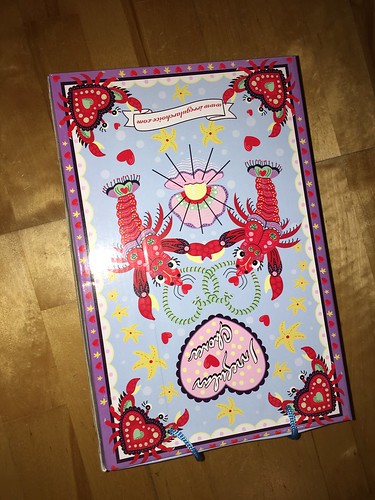 I've kind of dropped the ball a little with Irregular Choice's new releases. In the past I've known exactly what's been due to hit the website and when, but to be honest, the first I heard about today's pair was when their teaser email landed in my inbox a few days in advance. I guess, given the summery seaside theme of the box and the tissue paper, you'd be forgiven for thinking these were the tail end of their Spring/Summer collection, but I believe these are actually the start of Autumn/Winter 2016. The lobsters are just reminding me of how much I'm still lusting after the Thermidor bag, to be honest. 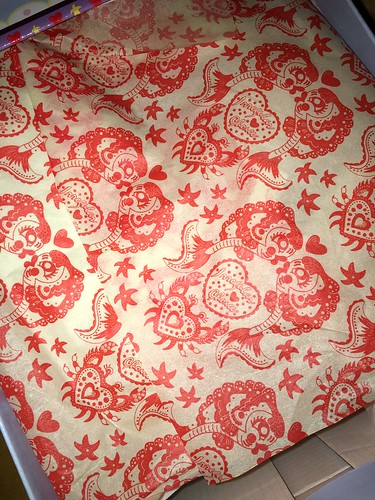 To be honest, as soon as I saw the new swan heels shape, I knew they'd have to be the pair I spent this month's clothes sale money on. I just had to narrow down my choice (I know other fans like to collect lots of styles of character heel, but to be honest I'm content with one design, if it's a heel which I like. And I really like these.

Having been immediately taken by the shape of the swan heel, and it's proportions, I was even more pleasantly surprised to discover upon it's arrival that the main body of the swan is actually a fuzzy flocked texture. I know that there has been a bunny heel released with a flocked finish, but I didn't get any of those, so this is Cuuuute! In terms of style, I went with Savan over the green version of Fenella, and it was probably the bow on the front which swung the decision for me. 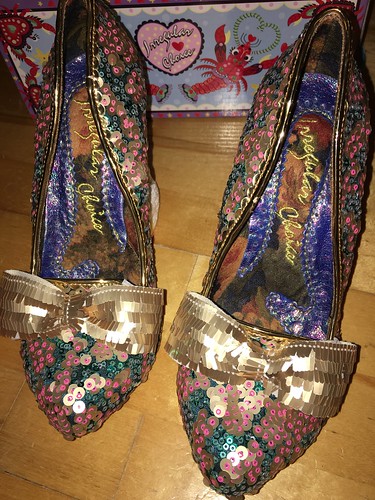 The main part of the shoe on Savan is made from layers of textured sequins, in a mixture of green, pink and gold and also a mixture of sizes and I think this is a lovely combination, reminiscent of water lilies on duck-ponds. I really like that the gold sequins are a kind of dull gold, the bows being the same colour but made from long, thin sequins instead. Even though there *is* quite a lot going on with these, somehow everything works together to look quite normal and understated when you look at them, so the focal point really is the beautiful swan heel. 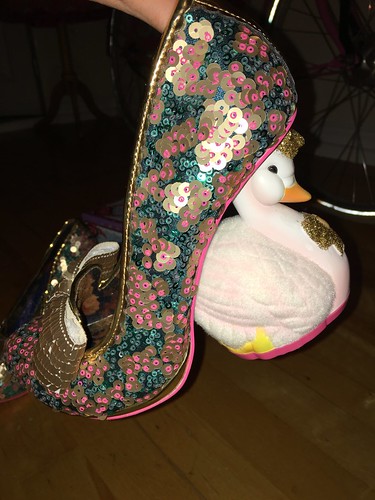 The swan heel itself feels nice and solid, most like the original rabbits, I suppose. They're a similar height to these, as well. One piece, with no pokey arms or legs to worry about when you're walking in them. They do come with a little warning card, telling you to be careful that the glitter detail on the crown of the swan could come off, but it seems as though it would be okay so long as you don't scrape it against anything and it's so far under the back of the heel that frankly, I don't know how you would...