Ten things to do in Toronto.. 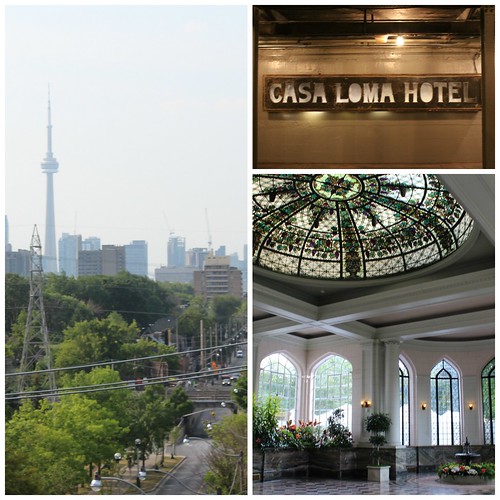 So, seriously HOW long has it been since I got home from my US trip in the summer? Finally getting around to rounding up the last of my photos and I thought I'd share ten things which you should probably do if you visit Toronto...

001: Visit Casa Loma - it's an old stately home (described as a castle), which is situated a little outside of Downtown Toronto. If you're accessing it from the subway, it's almost worth it just for the view from the Baldwin Steps.

002: See a free concert in Yonge-Dundas Square - this always seems to be busy. Our hotel was right off the square and when we arrived we had concerns about the noise, but despite having a room overlooking the square we didn't hear anything from the square. There was live music every night, though. 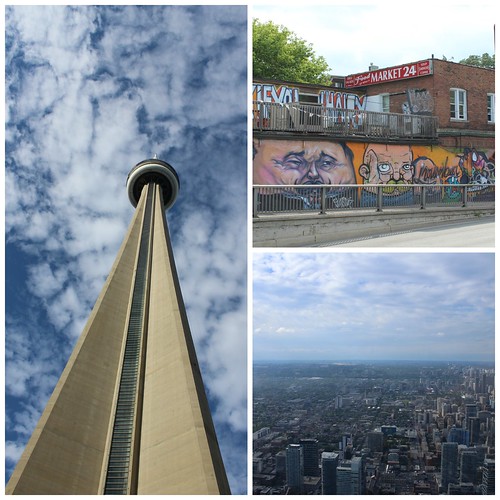 003: See a baseball game! - This one was probably the highlight of my time in Toronto; watching the Blue Jays. The whole ballgame atmosphere was just great - so much fun, and even though they didn't win, I was super glad we managed to get tickets and that there happened to be a home game on whilst we were there.

004: Visit Tim Horton's. Apparently it's *the* Canadian Starbucks and there are rumours that it's making it's way over to the UK. I'd never heard of them before, but they do some little doughnut cakes called Tim-bits, too, which brightened up a coach journey. 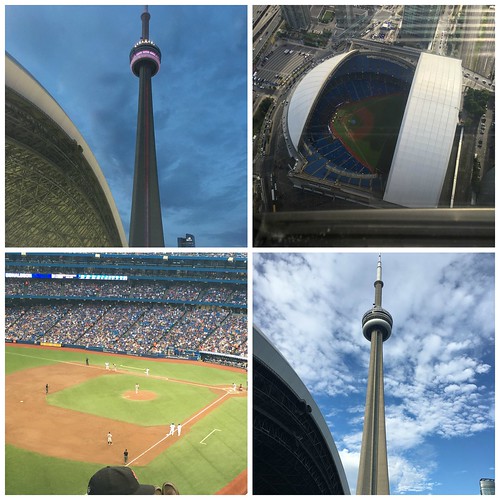 005: The CN Tower - I feel as though we did a lot of towers on the trip, but it was great to see the city from above. There's a lot to do whilst you're up there, including various restaurants and even a section where you can walk along the outside, strapped to the edge, if you're feeling brave. The tower lights up at night, and the top restaurant revolves.

006: Toronto Zoo - they have baby pandas. The zoo is a fair way out of the city - it took us about an hour each way on the bus, but did I mention the baby pandas...? 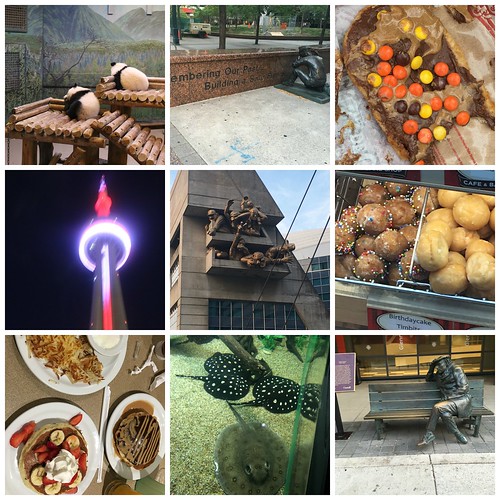 007: Take in the statues and monuments - I went for a run each morning around the city and every day saw something new and unusual. I found this blog post which has a bundle more, but Toronto definitely seems to be full of obscure art installations and statues.

008: Ripley's Aquarium - Situated right next to the Roger's Centre (home of the baseball!), the aquarium has plenty to keep you occupied if the weather is rotten (we headed here after pizza on our last night in Toronto to shelter from the rain and there was plenty to see). 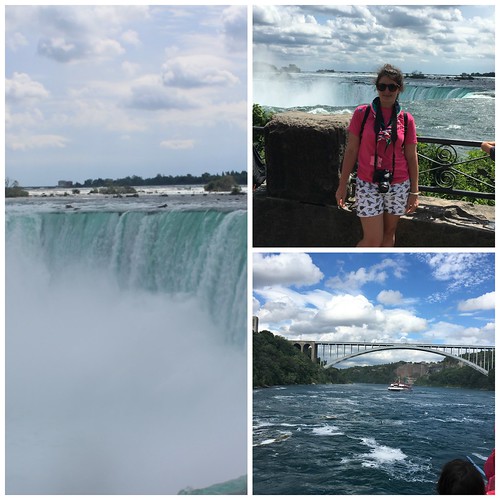 009: Food - So much food. We tried a beavertail (kind of like a churro, I think (although I've never eaten a churro, so I'm not sure) and a corn dog, which were both part of our list of challenges, but also had a birthday breakfast at Denny's (where you get to eat for free if it's your birthday!). We also had amazing stone-fired pizza and ice cream from Cows: the best ice cream parlour I've ever visited, in Niagra-on-the-Lake.

010: Last but not least, you can't be so close and not visit the amazing Niagra Falls, right? We did it as a whole-day event. We were collected in a mini-bus from our hotel in the morning, stopped at a vineyard on the way, and then arrived at Niagra shortly before lunch, to take photos of the falls and do a little souvenir shopping.
We had lunch at a hotel overlooking the falls and then went on the boat ride into the Falls. On the way home we stopped off at Niagra-on-the-Lake and I'm sad I didn't get any photos (think Stars Hollow from Gilmore Girls - seriously, it was their annual town peach festival!) but it was quite rainy by this point and we were sheltering in our ponchos from the boat.

Have you been to Toronto? What else would you add?