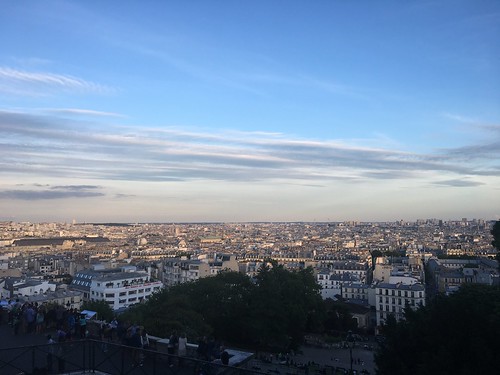 Yep, we're still in Paris. (Well, I wish I was.) But I'm still sharing photos from it. I'm getting such itchy feet lately and am desperately trying to decide on my next travel destination. Any suggestions? 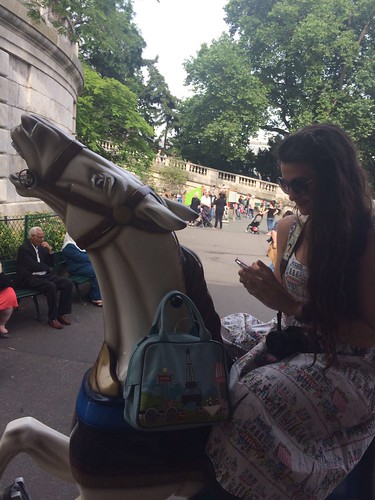 But, I'll just leave these here for now. Some photos from an early evening wander around our little familiar Montmartre streets. We rode the carousel in the Place Louise-Michel, which was a short walk from our street and is situated right at the foot of the Furniculaire de Montmartre, which we also travelled on later that evening (when we were in heels and didn't fancy tackling the stairs). It was covered as part of our three-day Metro pass anyway, but it's not very expensive to ride (around 1eur50 I think). 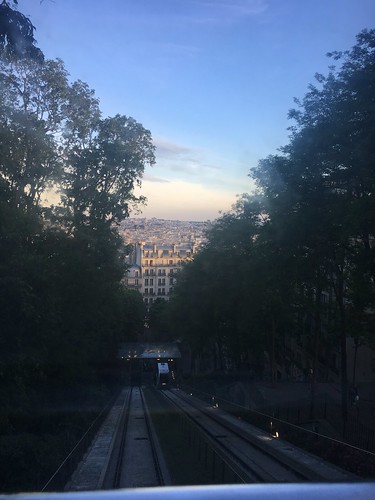 The journey lasts all of 90 seconds, but it's still quite lovely to watch the ground get further away from you as you travel to the top. The railway runs after midnight each evening, so we were able to ride back down again after dinner, which was rather nice as it was all dark and you could see the lights of the city twinkling underneath. 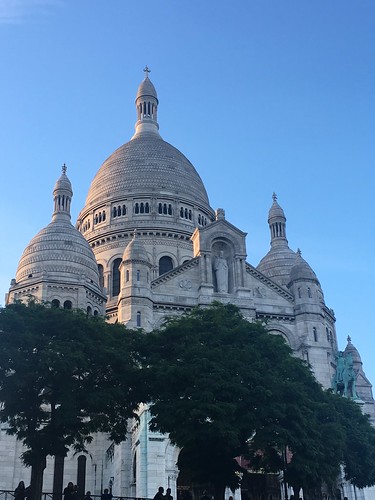 For someone who doesn't even go to church, I took a lot of photos of this building, huh? I have a certain fondness for it and it's impressive view over the city and there's always a little part of my head which makes me think of this Snow Patrol video, which I adore.