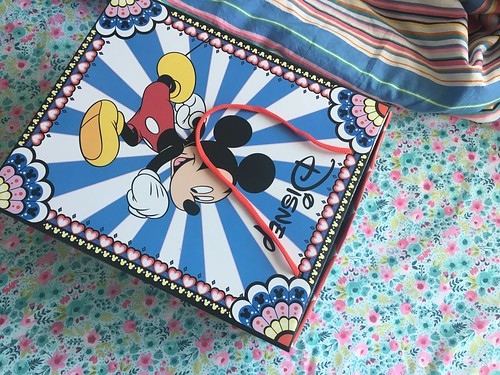 I really need to pull my finger out; I've got so many shoe photos to share, but somehow I just seem to take ages to get around to them. In fact, shamefully, this particular pair hadn't been out of the box until I took these photos a couple of days ago. 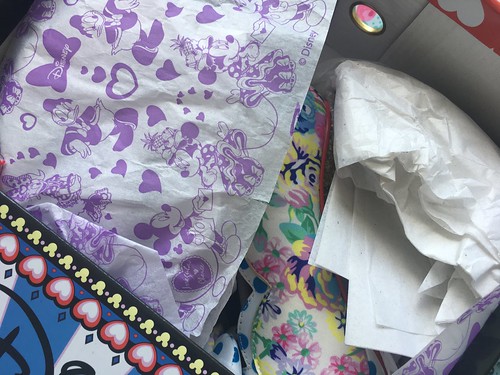 Anyway, this was a collection which had almost entirely passed me by until I received a lovely invite to the Carnaby Street store launch party, along with a catalogue to show me what styles were going to be released. As I think I've mentioned before, I'm not really that into the Disney hype, so I have to admit, there have been other collections which have intrigued me more. 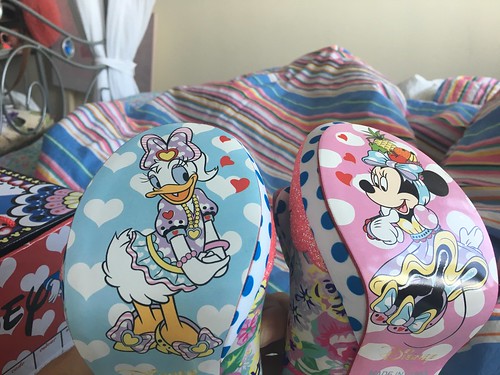 However, on the day, having agreed to go in the website queue system for a friend who was after a different pair entirely, I guess the excitement of the release got the better of me, and I was ever so taken with the mixture of prints and colours on this style: Sherbet Ice Cream. Before I could give it much of a second thought, they'd "fallen" right into my basket and were on their way. 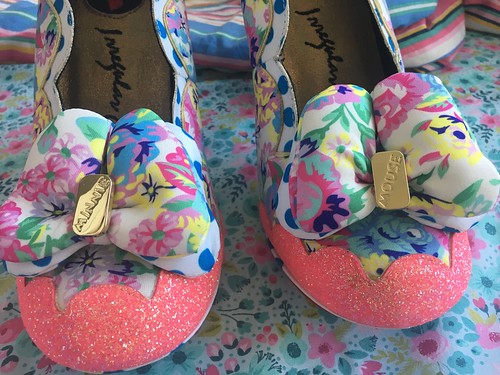 I have to say, I'm not suffering from any buyer's remorse, which I'd sort of expected to. Although they're part of the Disney collection, I feel as though they're not immediately recognisably Disneyfied. More the random and eclectic mix of prints, colours and textures which I've come to expect from Irregular Choice. 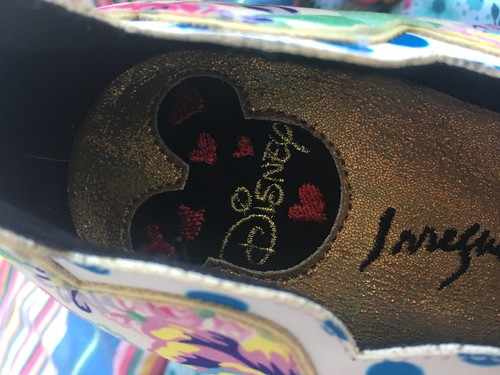 I mean, that said, there are of course Disney details. In the box. the print of the tissue paper and the logo inside the shoes, one of which is a mouse shape whilst the other is a bow, around the Disney logo. Then of course, the piece de resistance on this pair - the character heels. 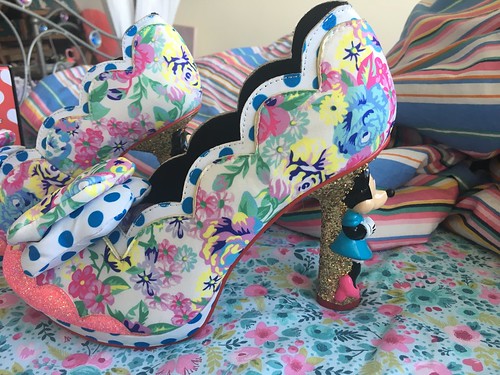 The heel on these is much daintier than any of the other character heels I've had. It's a Minnie Mouse figurine but half encased in glitter, rather than making up the entire shape of the heel. I love the glitter so this really works for me. 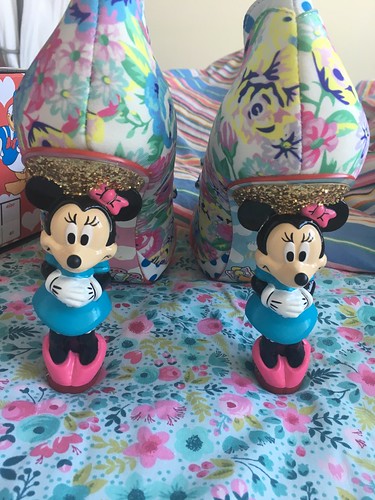 In terms of the way they wear, these are high. There is a platform, but the height is about 4.5inches. Whilst I don't personally have any trouble with heels of this height, and the heel seems perfectly sturdy, they could possibly be tricky to walk in...? I'm a fan though and have found the sizing to be good with these. I didn't get the option to size up in these as the size above had already sold out, so I've been pretty lucky here.

What do you think?