It'll be lonely this Christmas.. 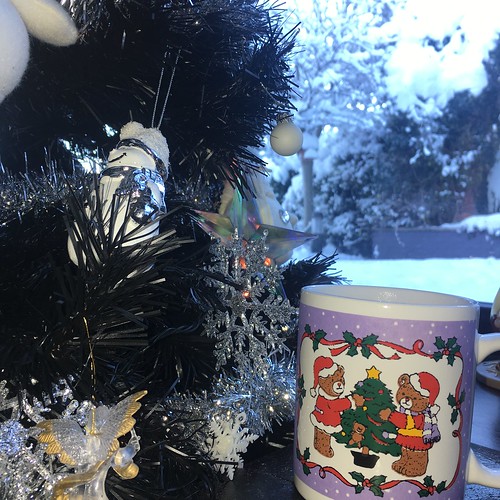 Christmas. It's a time for being with family, right? It's all about the kids? I know that those seem to be the most common things you hear people telling themselves about it. And, for those who are happy to be surrounded by people, or have families and kids around them, that's great. Not everyone who wants that, though, ends up spending their Christmas with the people they love. (Also, not everyone wants that, and we'll come onto that later.)

I know several people who will be spending their Christmas Days alone, but not through choice. The first Christmas after the death of a loved one, not their turn to have the kids, unable to spend it at home due to work circumstances; it can be a time when a little seed of loneliness can be made a lot more painful by seeing everyone else's sparkly tinsel-fuelled celebrations.

Spare them a thought when it comes to festive texts, social media posts and the like. In fact, whilst we're thinking about them. perhaps RT this lovely campaign, which I noticed the other day. The #joinin hashtag is the brainchild of Sarah Millican and it is just that; a social media campaign to let those people who are feeling lost or lonely at Christmas know that they're not alone and to encourage them to join in with the chat.

And what about those people who would actually like to spend Christmas alone. Let them!

I've been there. and I've seen all kinds of pity directed towards me by people who expected me to want to spend time with others. I've been on the receiving end of perfectly well-meaning invitations, and when I've mentioned that actually, I'd be quite happy to spend the day on my own, it's been taken with a bit of surprise.

Frankly, Sarah puts it much more eloquently than I could, but if your friends are choosing to spend Christmas alone, and they're happy, be happy for them.
Posted by char at 15:19