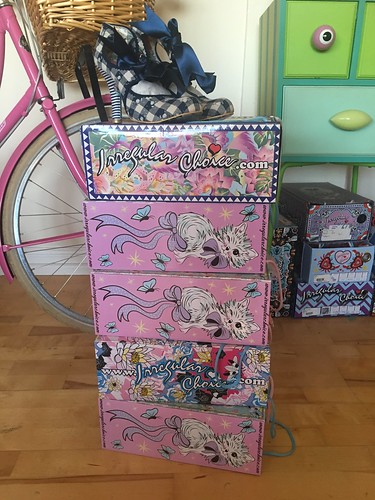 Well, it's been a little while since my last one of these posts, hasn't it?! And here's the stack of boxes I'm yet to open up, take photos and share, let alone wear.. most of these were the result of a combination of the IC "Rainbow Week" (their version of Black Friday) and a discount code which I'd been sent which was almost due to expire. I've been dipping in and out of the site lately and whilst the big releases such as the Muppets and the new Santa heels didn't take my fancy, I honed the list of new styles which I'd been wanting to add to my collection. 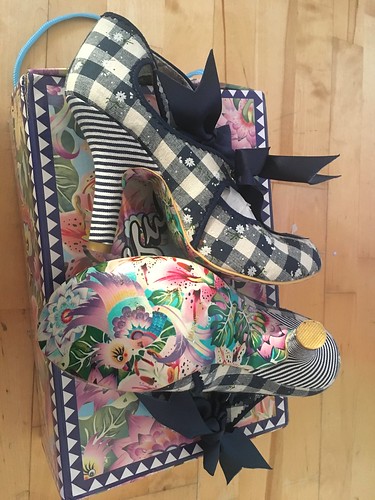 In actual fact, the first pair to share actually came to me via eBay - a cheeky "best offer" which was actually accepted. When they arrived, I realised they were in even better condition than I'd been expecting, which was a lovely surprise. They don't look to have been worn before.
The style is called Heel the World and are a beautiful blue and white gingham with tiny flowers in the fabric, too. They have two bows at the front to tie the two sets of straps and a contrasting candy striped heel. Super, super cute. I'm dreaming of summer picnics to wear them, I think. 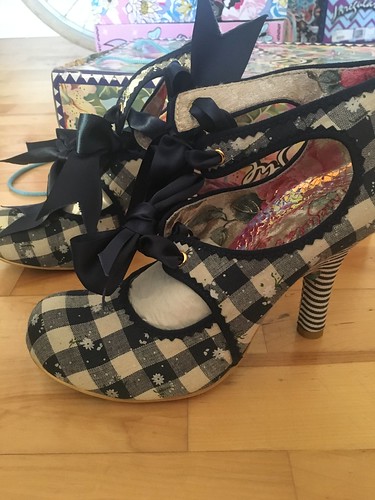