Every time I've sat here thinking "I'll finally get one of the oodles of posts I've been drafting finished", something else comes along and scuppers me. It's been that sort of week month few months. Ah well.

Things have been a little chaotic lately. As well as the usual levels of trying-to-fit-too-much-in to each day, I'm also in the process of moving house, which is meaning a lot of waiting around, navigating my way around a flat full of boxes, not being able to get to the light switch because it's behind a wall of boxes and clearing out endless bags of clothes, shoes and accessories which I've decided not to take with me. It seems endless, but I'm hoping it won't be too long before we reach the other side.

For anyone who is in the same boat, uncertain and anxious about the whole process, I've found this little infographic by Spratt Endicott pretty helpful to refer to. Thankfully we've done all of the negotiating and only seem to be waiting for the final stages, but I'd really like to have a better idea of timescales in my mind. 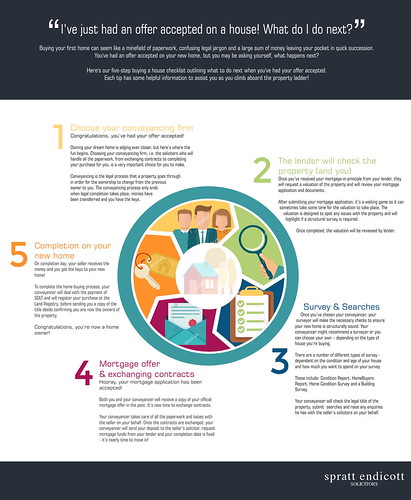 I'm looking forward to getting into the new place and making it our own - does anyone have any tips on where to start? Or any great ideas for organisation. So far each box I've packed has a detailed list of every item inside, in the hope that if I need to find something, it won't take too long to figure out which box it's in. One thing I have realised (apart from the fact that I have a lot of stuff - who needs three whisks, and no less than six cakestands, FFS?!) is that it's hard to know what to keep out until the last minute.

Anyhow, I guess what I was trying to say is, I'll be back on track soon with my posts. Hopefully.