I wonder all the time, why worry..?


I'm always being told that I should worry about things less. Whilst on the surface I can give a fairly good impression of having my shit together, I'll admit that I do worry about pretty much everything.

I'd just like to point out here that I'm talking about low-level worrying, and nothing serious enough that I would consider falls under the term "anxiety". I've never mentioned this to the doctors and am not in anyway suggesting that what I experience is anything like what I'm sure a lot of people have to live with. It's sad that I have to even mention this, but it gets tiresome reading people's complaints about "competitive illness" and that's something I don't want to get into.

Some examples: Aside from work, money and the other usual suspects, I worry a lot about people I know and love - if I haven't heard from them or they're supposed to be meeting me and they're late, I run through all of the gruesome possible ways in which they may have met their demise; I worry about what the best choices are for our future; whether and when we should have children; whether the chickens are okay; politics and the future of our country; why the tortoise hasn't eaten as much today as usual; that a friend I've forgotten to reply to will take offence and no longer speak to me; etc etc etc. Honestly, they range from silly, trivial things right through to huge issues which I couldn't have an effect on if I tried. And it's maddening. However much I try to switch off, it's nigh on impossible. 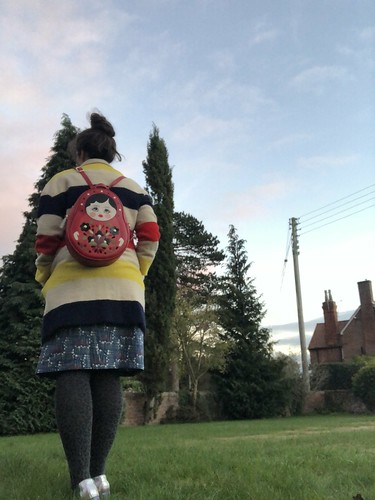 I'm not sure what the solution is. I've taken to writing things down - I've always been someone who has found writing to be something of a release. I used to write in a diary every day; it's a tradition I started without fail, every New Year's Day. I'd usually make it to about June before giving up. Sooner if I actually had to go somewhere, as I used to like to leave my diary in the safety of my own room. Once I fell behind with it, that became another thing to worry about. Ugh. But, it did help a little, for those first few months of the year.

I've also always been a bit of a list-writer and I do find that a decent To Do list can help with worrying about forgetting things, or getting everything done. So much so, in fact, that I've dedicated one of the kitchen walls to be a chalkboard, so that we can have plans and lists drawn up on there constantly.

Do you have any tips for dealing with the worries?