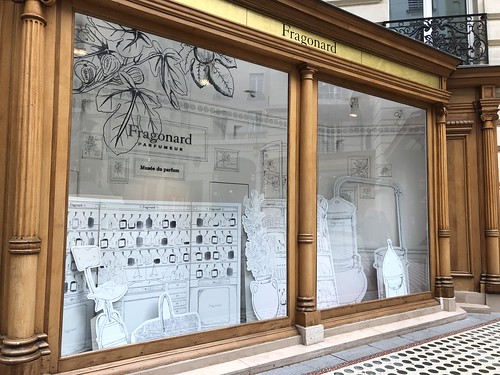 I mentioned that we had one day in our Paris trip where the plans went a little bit off-course as a result of us not doing our research on Paris museum opening times properly. We spent a morning at the botanical gardens, which was great. As it neared lunchtime, the weather was taking a turn for the worse so we headed back to the metro and back into the city centre. 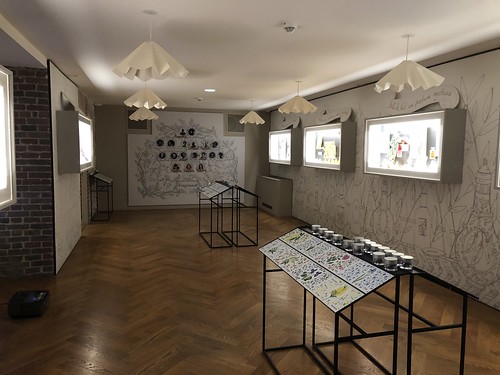 After a ridiculously expensive street cafe for lunch (it began to rain somewhat biblical proportions, so we dived into the first place we spotted!) we carried on down towards Opera and to our next stop: the museum of perfume. 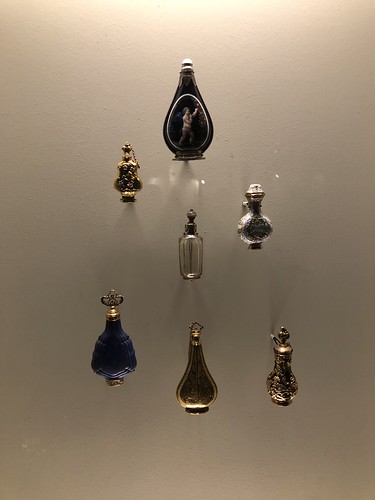 Situated in part of the building which houses Frangonard, a French perfume company who I must admit I hadn't heard of before, the museum is free to visit and there are regular guided tours in several languages. We hadn't booked places but when we arrived we were pleased to find that there was an English-speaking tour leaving in ten minutes. 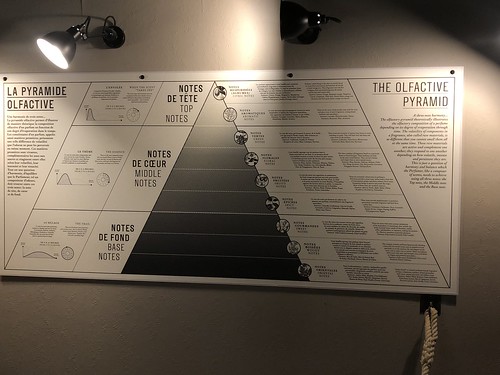 The tour guide took us downstairs into the depths of the basement for the start of the tour and explained that the building we were in used to be a theatre, and before that a bicycle school, where women would learn to ride a bicycle. 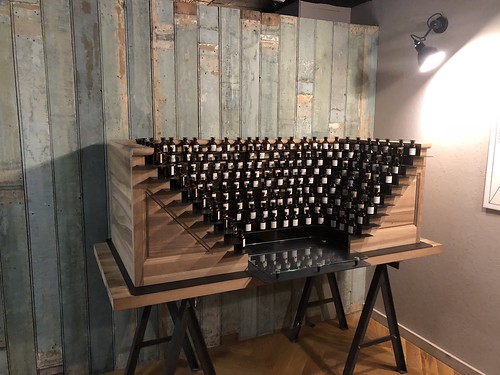 The main floor now houses a large still, which is used in perfume blending, and plenty of other displays of historical bottles and designs, as well as lots of information. The desk above, surrounded by tiered bottles, we were told is a traditional perfumier set-up, where they would blend scents using the base notes, middle and top notes. 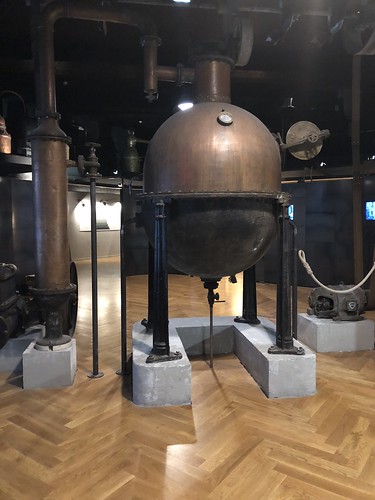 We spent a good while perusing the various displays and it was lovely to have such a relaxed tour. There were other groups also on tours around the museum but at no point did we feel rushed and we were left for some time in each room to take photos and take all of the information in. 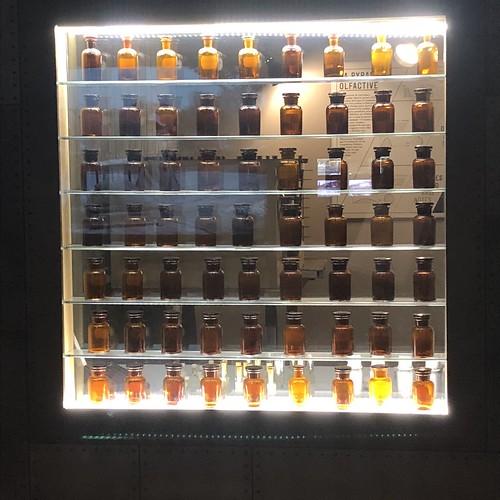 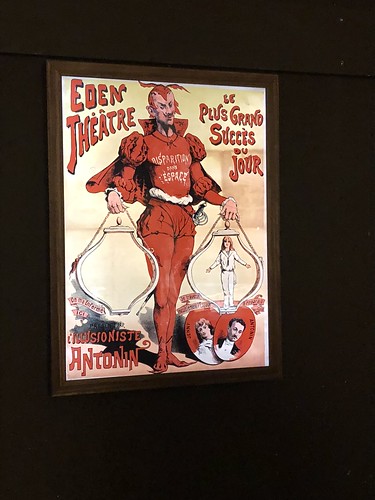 At this point we did get a bit of a sales pitch, where the staff were really pushing sales of small gold bottles of their scent in giftboxes, at a reduced price. For some reason they weren't able to sell single bottles at these deal prices, which meant that we didn't end up buying anyway even though we'd have been quite happy to. I later looked for the scents we liked best in shops whilst we were still in Paris but couldn't find them.

All in all, I would recommend this to anyone who's interested in the perfume process.