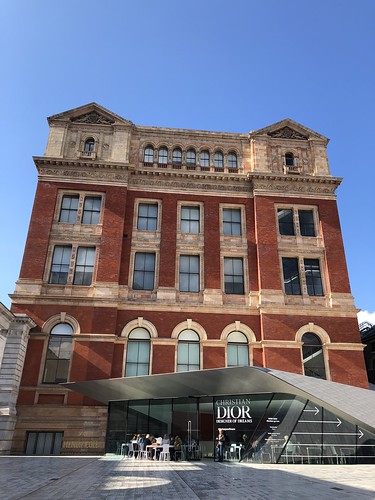 A few weekends ago, we hopped on a train (well, several trains!) to London for an overnight trip. We had tickets to the Albert Hall to see a friend perform, and decided to try and make the most of a rare weekend "off" from working on the house and spend some time in the Big Smoke. 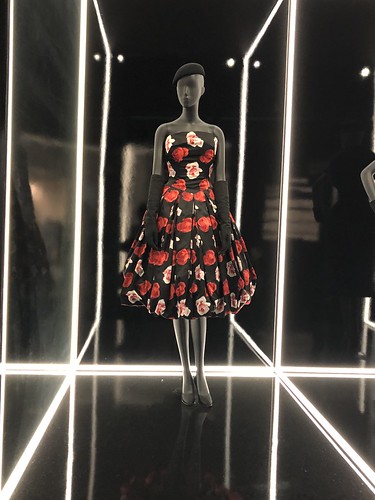 One of the things I was desperately hoping to go to was the Dior: Designer of Dreams exhibition. It's being shown in a separate wing of the V+A museum, and it's opening times are extended past that of the museum, but even so it's been sold out since tickets were released. However, I discovered that a few more tickets are released around the 15th of each month, for the following month so I stalked the website in mid-April and managed to nab us two. They sold out like hot cakes, so I think I was pretty lucky. I'd have ideally liked to get an earlier time slot, but we ended up with 17:15, which I was hoping would be enough time to see the exhibit, then make our way to the Royal Albert Hall for the 19:30 concert start time. 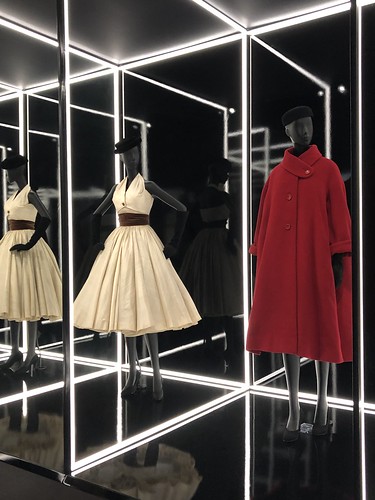 Arriving at the entrance to the queue at just after five, we were told to come back in ten minutes as we wouldn't be allowed access to the queue until our ticketed time. This filled me with a little panic, but we hovered around the courtyard for ten minutes and then were allowed to join the queue. Where we waited to be allowed down the stairs. At around 17:20 we were allowed through the rope to descend the staircase and...join another queue, where our tickets would be checked at a second desk. We were then informed that there would be a short wait before they let any more people in, as the rooms were getting crowded. Once in, there is free reign and the tour guide at the queue said that people often spend upwards of two hours in the exhibit. The other thing which wasn't helping numbers, was that although all tickets had been sold out, people who sign up to become V+A members, are able to access the exhibit on that day, so there was an extra queue for those which was being merged in with the timed tickets. There were a LOT of these people, so I guess they have a lot more visitors than ticket sales would suggest. 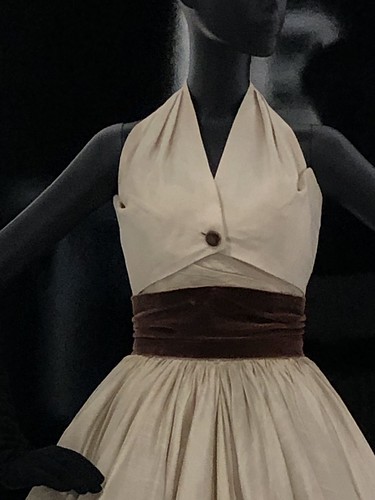 Fiiinally, at 17:35 our tickets were scanned and we were able to enter the first room, which gave us a potted history and timeline of Christian Dior's life and career. Thankfully, as this is something I'm fairly clued up on already, I opted not to spend too much time reading up on all of the information on the walls, although there was a lot. 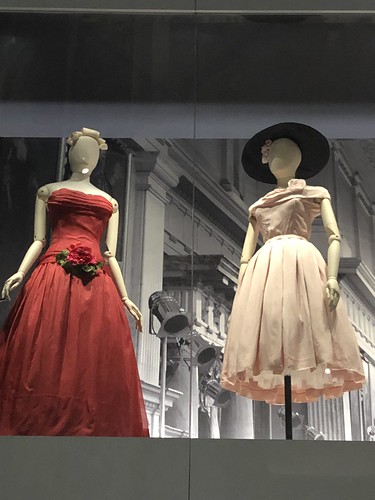 Progressing to the first display-case filled room, you're met with several dresses, at eye level and ceiling height. In the central glass case, the dress designed for Princess Margaret's twenty-first birthday takes centre stage, and it's clear to see why the princess deemed it her "favourite dress of all". Such detail. This one is on loan from the Museum of London, so if you miss it at the Dior show, it will be visible there once again, come September. 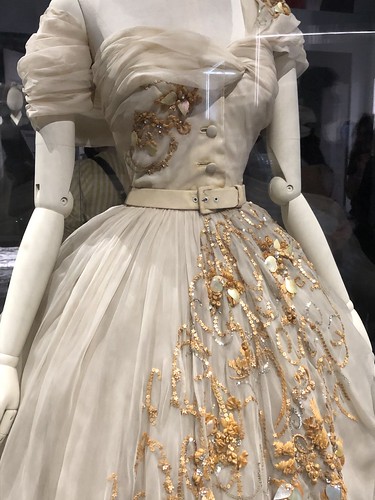 Honestly, the level of detail was amazing on this, but the general staging of the room was also great -for the two rows of dresses on the far wall there were printed information cards at the side of the room which gave more detail on each of the garments, which was a nice touch. People took their time, but this room didn't feel crowded or slow to progress through. 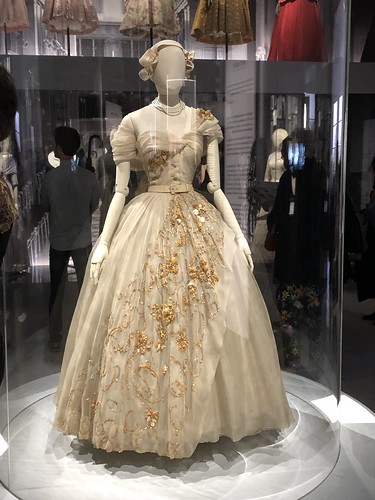 As someone who makes dresses, I was super interested to see some of the construction details, as well as (of course!) the famous New Look shape. It's easy to see how much these designs have had an impact on today's fashion trends and I loved being able to take in so many of the details. In order for this post to not become photo-heavy and never-ending, I'll split the rooms up into several posts.
Posted by char at 14:39